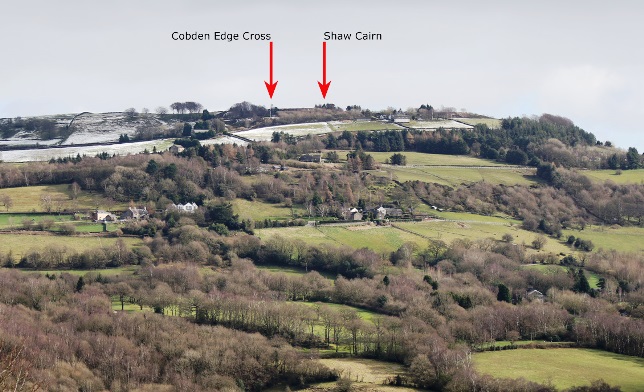 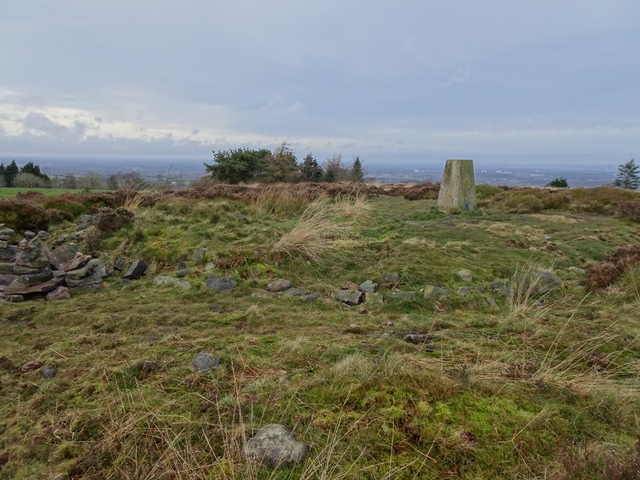 Despite the current concern about global warming we are actually at the end of an ice age. Throughout our planet’s 4.5 billion years of existence there have been five big ice ages. The most recent dates back 2.7 million years and continues today but within this there are smaller ice ages called glacials and warmer periods called interglacials. Currently we are in a warm interglacial that began about 11,000 years ago.

Continuous human occupation of Britain began as the climate improved at the end of the last Ice Age from about 9500 BC. By about 6500 BC rising sea levels had cut Britain off from the rest of Europe. This age of hunters and gatherers lasted until about 4000 BC when the concept of farming began to take hold, introduced from Europe. At first, although the people grew pulses, barley and wheat, they still moved around within larger territories and used stone tools of gradually improving sophistication. There was a significant change when they began to settle down in one place. This was known as the Neolithic Revolution because the change in lifestyle gradually allowed specialist artisans to develop their skills. The three ages of the Stone Age are known as the Paleolithic (old stone age - hunters and gatherers), Mesolithic (middle stone age - nomadic farming) and Neolithic (new stone age - settled farming.) The earliest artefacts found on Mellor Moor date from the Mesolithic but most are from the Neolithic and, particularly, the Early Bronze Age.

The parish of Mellor runs between two major rivers, the Goyt and the Etherow, which flow down from the moors before joining to form the Mersey. Between these two rivers two smaller tributaries have worn deep valleys, thus creating three spurs projecting westward towards the Cheshire Plain. The northern spur, Ludworth Moor, is crowned by Brownlow Barrow; the central spur where Mellor Church stands, is also the site of a hillfort and the southern spur is dominated by Cobden Edge and Shaw Cairn. All three present excellent defensive sites with clear views over the Cheshire Plain and all three have prehistoric artefacts showing that this area was inhabited by some quite sophisticated cultures. 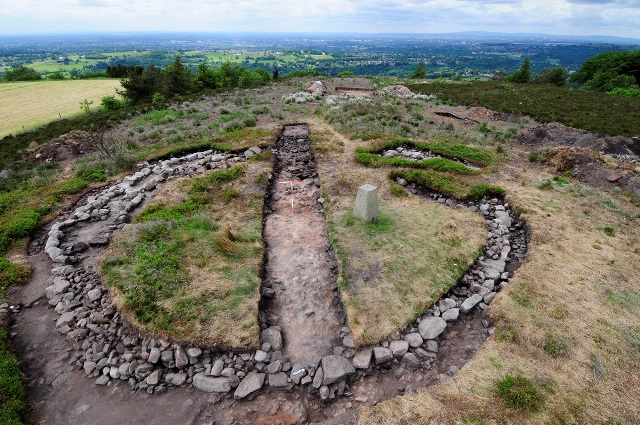 It was first identified as an area of interest when a survey was carried out by local enthusiasts in 1975 and a trial excavation the following year confirmed that it was a cairn site. Limited excavations were conducted every year until 1988 with the help and advice of Manchester University. By this time two of the original team had died but interest was rekindled by the discovery of a hillfort at the Old Vicarage. The public interest in this discovery led to the formation of the Mellor Archaeological Trust and that in turn led to a review of the wider landscape. It became obvious that the Mellor hillfort and Shaw Cairn form part of a wider rich prehistoric landscape of considerable archaeological importance

The early work on the cairn revealed a funerary cairn bordered by a circular stone course, approximately 15 metres in diameter. Between twelve and fifteen cremation burials lay within it. This is a distinct development for the period as most burials in the neolithic period were communal whereas now they were more individual. Although excavated by enthusiastic amateurs, the work was not properly written up and the finds were stored in kilner jars. As well as cremated human remains the finds included flints, vases and pottery vessels and two finely shaped flint knives. Several pot-boiler stones have been identified - stones heated directly on a fire then placed in a liquid to heat it indirectly. The bones have been studied in detail and, although the process of cremation destroys a lot of evidence, it has still been possible to build up a picture of the individuals involved and something of their lifestyle. Radiocarbon dating placed the bodies between 2000 BC and 1700 BC. 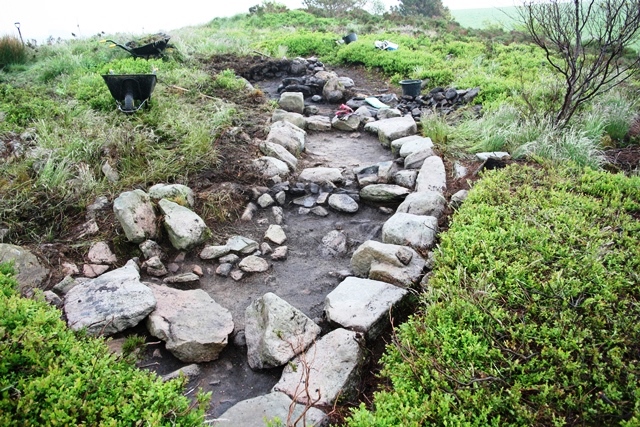 After the original findings were catalogued and written up the site has been adopted by the Mellor Archaeological Trust and they have brought in professional archaeologists from the universities of Sheffield and Salford with the help of external funding whenever the opportunity arose. Over the years since 2000 specific trenches have been dug, both across the cairn and also outside the circular stone course in order to find out more about activity beyond its boundary. In the event these proved of little interest but trenches near the cairn produced a number of surprises. Unlike other cairns in the vicinity Shaw Cairn does not have a high profile. Instead it consists of layers of stones and appears to have been built in two stages. The first phase features a circular stone kerb about 12 metres in diameter and 60 centimetres deep. About a century later a new outer kerb was added, expanding the cairn to a monument measuring 14 metres by 16 metres. 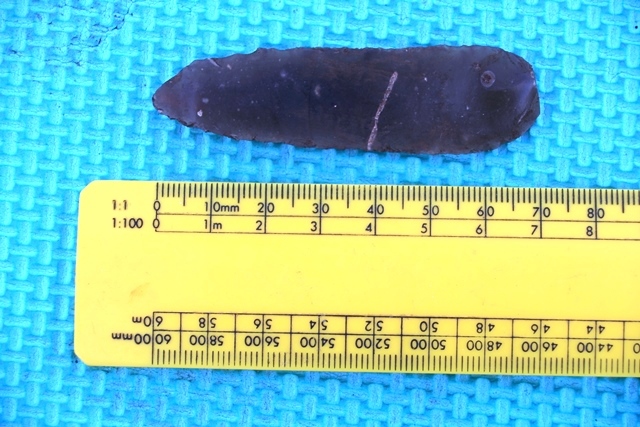 In addition there have been two spectacular finds. A superb quality plano-convex flint knife was found in one of the cremation cists. Even more important, the component parts of a bead necklace were unearthed over two seasons. It began with the discovery of one amber bead but further trowelling and sieving uncovered many more. In the end a fastener, two plates, 14 spindle-shaped beads and 73 disc beads have been identified and a reconstruction of the original necklace has been attempted. This is a very important find. It is one of only two necklaces of this period found in Britain and it reveals a lot, not just about the people living in the area but also about their trading relations and levels of skill. For example, holes have been drilled through each bead to allow it to be strung. They would have used a copper wire with a hard point but the really innovative feature is that each hole has been bored from both sides, obviating the possibility of making chips at the exit hole. The necklace is important in its own right, both for its rarity and its sophistication. But in addition it tells a lot about the person in whose grave it was found. The grave itself was in a prestigious central position but the person interred must have been of very high status to have worn such a unique and valued item. No skeletal material has survived but from evidence of similar burials elsewhere there is no doubt that the owner of the necklace was an elite woman. 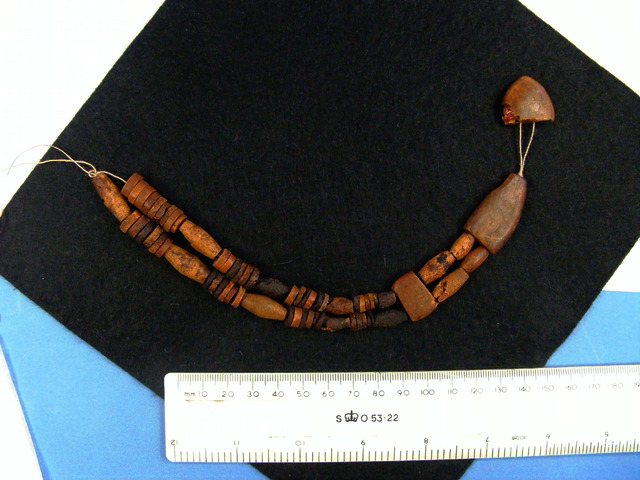 The excavations at Shaw Cairn have added a lot to our knowledge of the people living in this district 4000 years ago. The defended settlement on the central spur, where St Thomas’ Church now stands, was the focus of the community but burials of selected individuals, some of whom would have been high-status, took place on the southern spur. These burials may have been associated with feasting as part of the ceremony and it is clear that grave goods were often buried with the deceased. There were trade links across northern England and probably to Wessex in the south. However, this merely shows that there were people in the vicinity, using the area for defence, for cultivation and for burial. Much more remains to be discovered, particularly where and how these people lived. No trace of any dwellings of this period have yet been found. No doubt these will be discovered eventually but until then Shaw Cairn probably has more secrets to disclose. Much more detail about Shaw Cairn can be found on the website of Mellor Archaeological Trust.