‘Christmas comes but once a year.’ And the year is 1951. A nugget from the Cheshire Life of December, adverts for Christmas presents, was the stimulus for this article. Dusting off the sheet, and gently lifting a corner, what surprises await us as we gaze down through 65 years?  Christmas RT 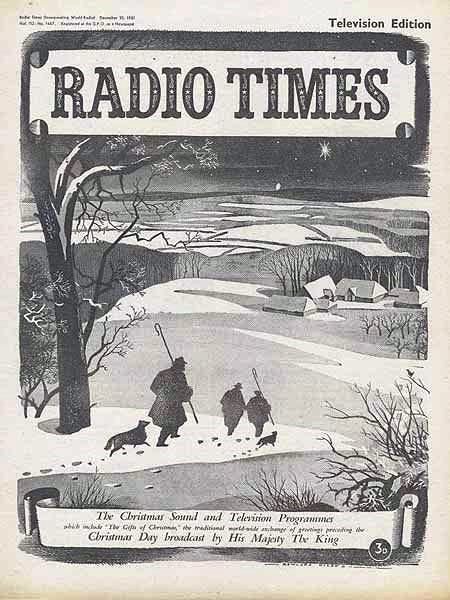 Back to the time when a three-bedroom semi could be bought for £750, on an average wage of just over £10 per week. For this you would work 42 hours, in contrast to the average today of 32 hours. Rationing was still in force in 1951; people could still buy only 10d. (4p) worth of meat each week. Pensioners made up 6pc. of th

e population, today the figure stands at 14pc. In 1952 the number of people celebrating their 100th birthday was just 300, now the figure is close to 15,000. The State Pension was £1 10s a week. With price inflation this would be about £36 now, but in reality it is more than three times as much. Looking at the effect of inflation over this long period of time a £1 in 1951 would be worth £24.34 today. But perhaps it is more enlightening to look at this in reverse. What we can buy today for £1 would have cost just 4p back then, nearly a whole shilling.
And what of the events in 1951? On New Year’s Day, ‘The Archers’ was broadcast nationally for the first time on the BBC Light Programme. In October Winston Churchill became Prime Minister for the second time, Clement Attlee losing his premiership. On the 17th April the Peak District was established as the first of the national parks of England and Wales. The first full size supermarket (below) was opened in Streatham, London by Express Dairies.

Memories nudge for those of a certain age, in 1951 the GCE Ordinary Level examinations were introduced, together with Advanced Levels replacing the Higher School Certificate. In Chester and York the performance of medieval mystery plays is revived. The Goon Show was introduced to the world in May. That same month the Festival of Britain began on the South Bank in London, closing in September, with almost 8.5 million visitors, over half of them from outside London.

1951... The past is a foreign country: they do things differently there. (L.P.Hartley)

Christmas TV listings for every year since 1936!

The BBC Christmas Programmes of 1951 from the Manchester Guardian

"The Festival Year - A year of promise and disappointment, triumph and disaster, joy and anxiety such was - Britain's Festival Year".