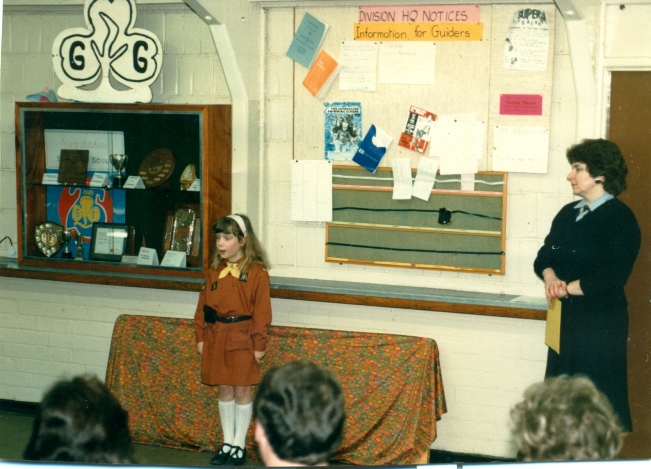 Organisations which flourish in a town are just as much part of the ambiance and heritage of the place as more ‘concrete’ evidence of its qualities, and Marple is a prime example of this because it boasts the greatest number of clubs and societies of any township in the Stockport area! Very popular with young people are the various sections of the Scouts and Guides which provide all sorts of interesting activities from five years old to those in their late teens. In Marple they work in parallel, but come together to produce the ever-popular Gang Show in March, and to run the wonderful town Bonfire in Brabyns Park at the beginning of November.

Many members will have had experience of Scouts and Guides, either themselves or through their children, and hopefully cherish happy memories. MLHS Member Doreen Scotte was very directly involved when she ran the 2nd Marple Brownie Pack from 1977-1989, and gives this lively account of what went on. 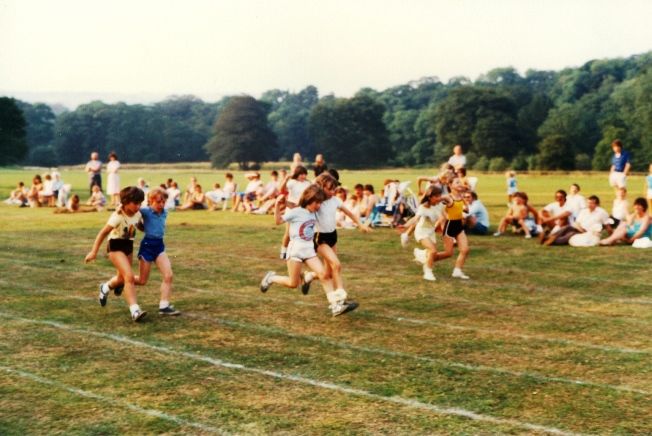 2nd Marple Brownies opened in 1954 and met in the Church Hall at All Saints Church in Marple. The group, or ‘Pack’ later moved to the Guide Headquarters on Brick Bridge Road and met on a Monday from 6pm to 7.15pm.

I took over the group in 1977 when the then leader was moving down south, and I ran it until 1989. My youngest daughter, aged seven, came home to say that the leader was leaving and they were all to ask their mums if one could take over running the group. Having never been in Guiding, and as a maths teacher of 11-18 year olds, I felt I wasn’t qualified, but the threat of the pack closing without a leader, and a very tearful daughter, made me agree to try.

At weekends I went to courses, to learn the general running of a pack, and then more courses to be able to take the girls on ‘pack holiday’. 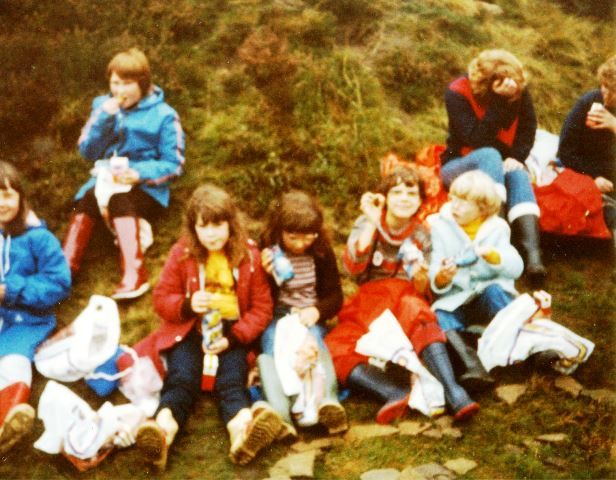 The leader was known as ‘Brown Owl’, Mrs Davenport, second in command, was ‘Tawny Owl’ and we had a unit helper called Mrs Vaughan, and two guides who helped each week as part of their guiding programme. The Pack consisted of 24 girls aged 7-10 years who were split into four groups of six, called ‘Sixes’. Each ‘Six’ had a leader or ‘Sixer’ with two stripes, and a ‘Seconder’ with one stripe.

On arrival each week, each Brownie paid her 20p subs, which covered the rent and cost of equipment, and they then played a game organised by the guides, after which there was an opening ceremony where they skipped round a toadstool and mirror as a pretend pool of water, and sang a little song. Our sixes were Sprites, Elves, Gnomes and Imps. The Elves’ song was ‘This is what we do as Elves, think of others, not ourselves’.

The Brownie uniform then was a brown long sleeved dress with pockets in which they had to carry a handkerchief, a safety pin, a plaster and 10p for the phone. They had a brown belt, a cross-over yellow tie and a brown woollen hat. 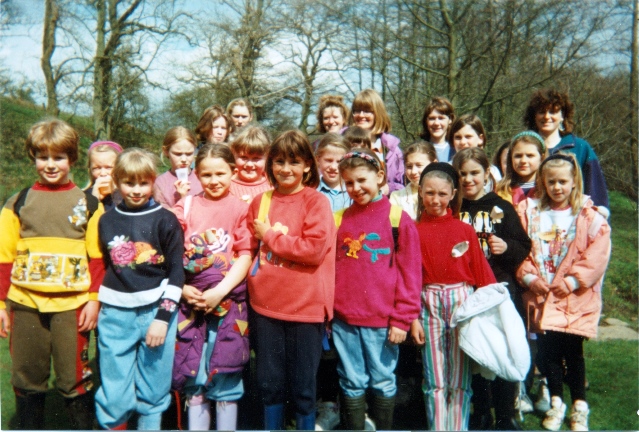 There were varied activities each evening where they would work on badges for specific skills or interests - First Aid, cooking, sewing or perhaps looking after an animal, going walking or learning an instrument. Throughout their time in Brownies the girls would also work on a longer ‘Journey’ programme, focussing on life skills and learning to work together in teams in their age groups: Footpath was for the seven to eight years old; Road for those eight to nine and finally Highway for those nine and above. They were tested independently to ensure they had reached the required standard, and the badges were worn with great pride, sewn to the sleeves of the dress.

We had Games Nights with skipping ropes, bean bags, hoops, or perhaps played bingo or beetle. Sometimes there were Themed Nights. On St Andrew’s Day we tried haggis, which wasn’t popular, and shortbread, which was. We dressed up for Halloween and made crafts for Christmas, Easter and Mother’s Day.

There was a wide range of interest badges for the girls to choose, such as cooking, going walking, look after an animal, learn an instrument, among many others.

There were eight Brownie Packs in Marple and they came together for a swimming gala at Marple Baths and a sports day. On St George’s Day, after a ceremony at All Saints Church, the Brownies walked back to HQ, carrying the Brownie flag which was a pennant made of leather, with the Guide trefoil symbol in yellow embossed on it. 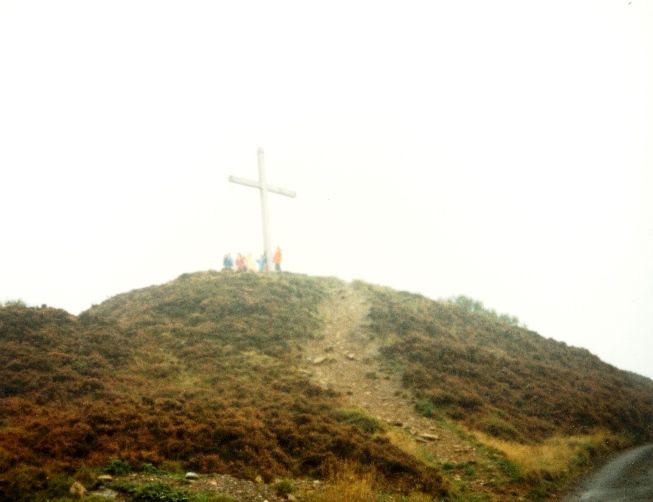 Each year there was a Pack Holiday for a weekend from Friday evening to Sunday afternoon. This was much anticipated as it was only for the eighteen older ones, the seven year olds being deemed too young to leave their parents for a weekend. We used purpose-built Brownie accommodation such as Ashley near Tatton Park, the Children’s Inn at Rowarth, or the Cathedral Home, because Brownies are not allowed to camp. The girls were expected to take turns in helping with chores like washing up, sweeping the floor, preparing the veg and sweet course for the evening meal. The Pack Holiday had a theme, such as Flower Fairies, Beatrix Potter, Robin Hood, and we made crafts to take home, played games, had picnics, sang songs and went walking. From Ashley we walked into Tatton Park to visit the farm yard, and nearer home we could walk to the Roman Lakes and take out rowing boats (not allowed now).

Leading a Brownie pack was an unforgettable experience. I hope the girls never had a dull moment. We never had a quiet one!