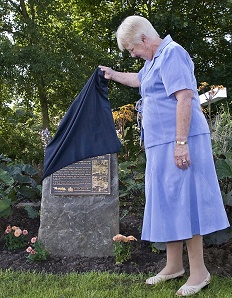 Gordon Mills, yes a printer, but much, much more. Born in 1935, Gordon is remembered in Marple for his vast knowledge of the town’s history, for his books, his work both as a publisher and a photographer. His enthusiasm for the restoration of canals and waterways helped in their re-birth. Though, sadly, Gordon died in 2006, he has left publications that will continue to bring pleasure in the years to come.

In 2009 Barbara, Gordon’s widow, along with her family, unveiled a monument to Gordon’s memory at Lock 17 in Marple Memorial Park. Lock 17 is a permanent display that will promote a positive image of Marple and its locks. This project was organized by Friends of Marple Memorial Park and Marple Locks Heritage Society in partnership with Stockport Council's Parks and Recreation Team. 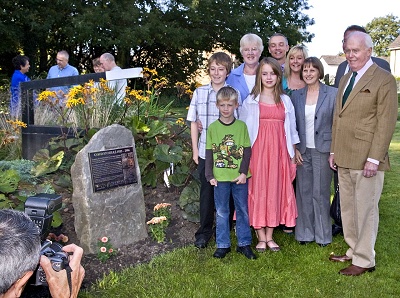 The video, Marple’s Changing Face, started life as an audio-visual presentation by Gordon in 2003. Proving popular it became a VHS tape, then as technology moved on it became a DVD , sold to raise funds for the British Heart Foundation. Now, with the permission of his family, the full MP4 video version has been put on-line, to share Gordon's creation with more Marple folk and the wider world too.

A glimpse of the Marple of yesteryear: Marple's Changing Face by Gordon Mills

An imaginary journey through the Marple of yesteryear using old photographs (some over 100 years old), together with some more recent photographs (April 2003) for comparison.