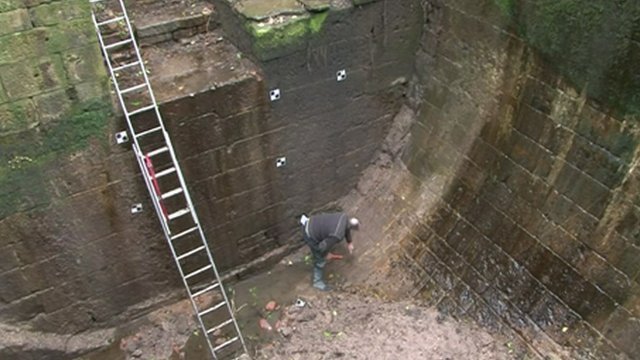 In October 2011, Judith Wilshaw, Stalwart of the society, gave a talk on Samuel Oldknow- Marple's favourite son. A man who changed beyond recognition the town of Marple, and who's legacy remains in and around the town.

This illustrated talk considered the life of Samuel Oldknow, and evidence extant locally of his activities.

Samuel Oldknow was born at Anderton near Bolton in 1756 into a family with various textile interests. In his early teens he was apprenticed to an uncle who ran a drapery business in Nottingham, but by 1782 he had returned to Anderton and set up as a muslin manufacturer. Two years later he moved his business to a site on Upper Hillgate, Stockport, which was in more recent times Christie’s Hat Factory. In 1786 he was able to add a bleach works at Heaton Mersey to his enterprises, and only three years after that he started to acquire land around the River Goyt in Marple and Mellor where he established the largest water powered cotton spinning mill ever built in England.

Oldknow had many interests and enthusiasms and proved a great benefactor to the Marple area. He provided housing for his workers, developed a model farm at Bottoms Hall, improved the local roads, was one of the principal backers of the Peak Forest Canal, and rebuilt All Saints Chapel of Ease after the medieval chapel was blown down in a gale.

All the evidence suggests that he was a thoroughly nice man, much loved and respected by all who knew him. He was appointed High Sherriff of Derbyshire in 1824, and when he died in 1828, over 3000 people lined the route of his funeral procession.

The mill continued in production until it was destroyed by fire one November night in 1892. It was never rebuilt, and the site remained derelict and covered in rubble until the summer of 2011 when Mellor Archaeological Trust initiated excavations, firstly of the main wheel pit.

At the time of writing the pit is open in all its glory, 12 feet deep below the waterwheel axle bearings (to accommodate the 22 foot diameter waterwheel) and with its stone lining in almost perfect condition, while investigations proceed on the rest of the site. It’s an exciting time at Bottoms Mill.