The Society were entertained in March, by the two-handed act of Ian Edgar and Don Baines illuminating the long, long haul along the road to the Restoration of Bugsworth Basin. The talk inspired several members to make a note in their diaries to visit the site, soon, if not sooner !

Bugsworth Basin , a canal basin at the terminus of the Peak Forest  canal, was reopened for boat traffic in 2005, after major restoration work, undertaken by British Waterways  working in conjunction with the IWPS ( Inland Waterways Protection Society ).

Famous canal and tramway engineer, Benjamin Outram, built the 14 mile long Peak Forest Canal from Dukinfield to Bugsworth, although plans to extend to Chapel Milton via Whitehough were never realised. Construction of the six-mile Peak Forest Tramway in 1795-96 linked Bugsworth Basin to the limestone and gritstone quarries in Derbyshire, and the canal linked Bugsworth to Manchester and the Trans-Pennine canal network.

The story of the rehabilitation of the basin begins in 1968. 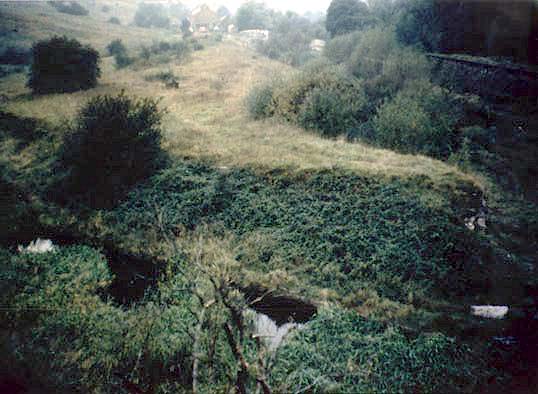 It lies within the Black Brook Valley, close to Whaley Bridge. It was, in the past, a busy interchange with the Peak Forest Tramway for the transport of limestone and lime. Limestone was used in the 18th & 19th Century for the construction of roads. When coal was burned with the limestone, lime was produced. This lime allowed the production of fertilizer, building materials and chemicals for soap and bleach.

The basin was closed in 1927, the tramway having ceased its operations in 1924.  By the 1960’s the site was dry and overgrown. The restoration began on a shoe string, but with the help of friendly local contractors, work with, what now appears to be primitive plant machinery, a start was made. By 1980 work was progressing, with the effort being concentrated on the ‘wide’, the canal.  By this time much of the overburden had been removed, and the silt filling the basin was being dredged.  The central peninsula was known at the time as ‘Fantasy Land’ by the IWPS workers.

1999 saw the re-opening of the basin, but unfortunately closure came after a few months as a result of major leaks. This was the first time that powered boats had used the basin, and the dry-stone walling with clay puddling deteriorated rapidly, with their use. Walls collapsed, there were several near breaches, and a breach resulted in the basin closing again in October 1999. British Waterways restored pedestrian access to the basin by carrying out emergency repairs.

The site has been a Scheduled Ancient Monument since 1977. In 1992 the IWPS obtained a 50 year lease, this will allow the society to repair, restore, manage a 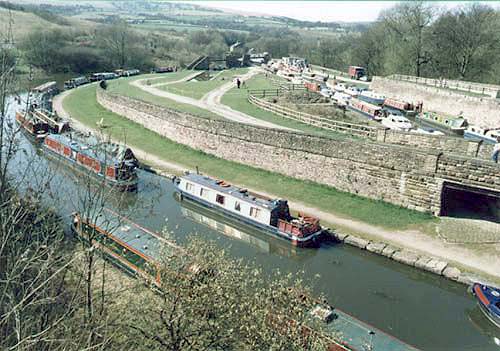 nd operate the basin. The total funding for the restoration work has been £1.2million, the sources being The European Regional Development Fund and a Derelict Land Grant from Derbyshire County Council. This money has been spent on, amongst other work, the sealing of the bottom of the basin to prevent leaks, stonework repair, and environmental measures to conserve the site’s protected water vole population.

Despite the successful restoration and reopening of this historic site, the volunteers, the waterway enthusiasts continue to strive for further improvements and developments. The planned goals include an interpretative exhibition about Bugsworth history and a reopening of part of the tramway.

The meeting closed with a question and answers, and a busy time around the books that Ian and Don had brought along, an audience spurred on by the amusing , and knowledgeable talk.