The first meeting of the year is always busy with new members signing up, current members (I nearly said “old members” but that wouldn’t be right) renewing their subs and a crowd around the bookstall looking at the latest publication. However, what were we to make of a stranger bringing a couple of fearsome-looking bows and a quiver full of vicious sharp pointed instruments? We were about to call the police but he then introduced himself as the speaker for the evening - Bernard Dennis. 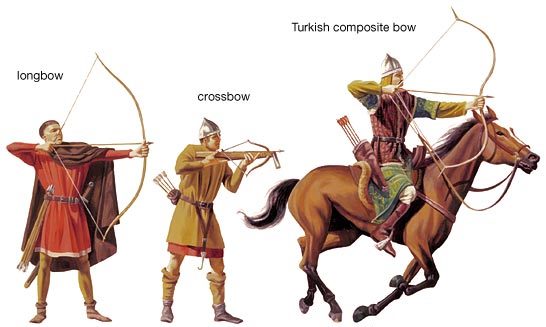 The vicious weapons were used to illustrate his talk and Bernard brought them out one by one, sometimes passing them round the audience. He took us through ten thousand years of history with ease, from pictures on cave walls and a demonstration of a Scythian re-curve bow. However, he concentrated, quite rightly, on the English longbow. But it wasn’t the English longbow; it was the Welsh longbow. Indeed a case could almost be made out to call it the Viking longbow. Despite the various national claims, the English certainly brought the use of the longbow to a peak of performance. At Agincourt it is estimated that the English archers fired 60,000 arrows per minute. The English could also claim that English yew was the secret of their success. Not true! Most of it was imported from Spain and Venetia. Well, how about the origin of the two-fingered salute which archers were supposed to have shown the French? Yet another myth destroyed. If the French had wanted to incapacitate an English archer it was far easier to knock them on the head than to cut their fingers off. 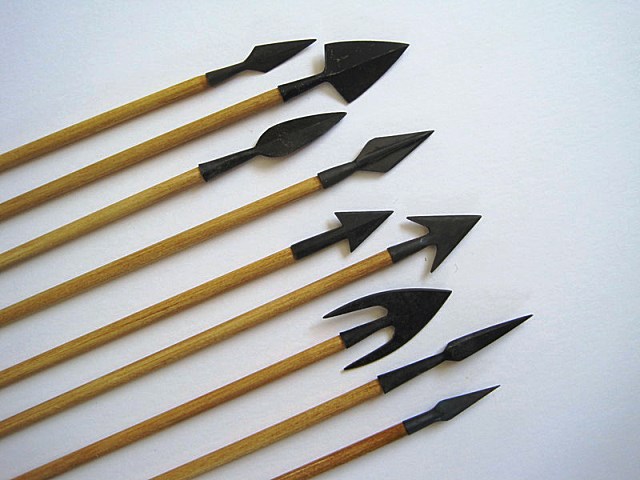 Bernard then turned to arrows and showed some of the variety of heads and the subtleties of aerodynamics. Bodkin points for long distance, broadheads for maximum damage at short range and even a specialist head for cutting ropes and ripping sails. They were even an early form of germ warfare when stuck in the ground before firing.

The development of firearms eventually relegated the longbow to a role as a sporting weapon but it has left a permanent legacy on our society. The industry supported a variety of occupations and that has passed on to today’s surnames. Not just Archer and Bowman but also Bowyer, Fletcher, Stringer, Roper, Arrowsmith etc. In fact at question time our very own David Tipper suggested that he too came from a long line of craftsmen making weapons of war. It was a new one for our speaker but he sportingly offered to research it, then add it to his list of occupations. For the record the Worshipful Company of Bowyers is 38th in order of precedence, the Fletchers are 39th. Both are way above Chartered Accountants (86th) and Environmental Cleaners (97th)

The legacy of the longbow has permeated deep into our language. Common phrases such as “bolt from the blue”, “picking a quarrel”, “wide of the mark” and “keep it under your hat” all owe their 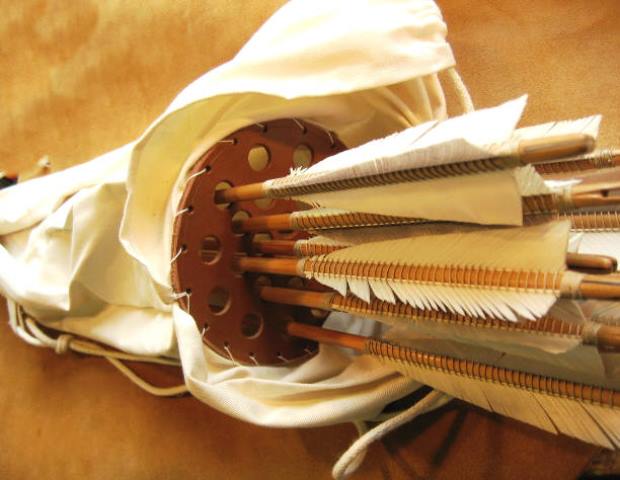 origin to archery practice. Underhand is used to describe people who are not totally open about what they are getting up to. Archers who were not shooting often enough because they could not draw their very heavy bows, had to shave them (secretly) to make them easier to pull. This resulted in them having to aim using a mark under their hand. A “parting shot” is really a Parthian shot - the last arrow that a Parthian horseman would fire at the enemy over his horse’s rump.

The list went on and on and so did the little gems that Bernard kept casually throwing out. Did you know that the ideal angle for firing an arrow is between 42 and 45 degrees? Try doing that with a sixty pound draw weight twelve times a minute! Bernard deserves our respect and appreciation, not just for an excellent talk but for his generosity in giving all his fees to charity.