Next Meeting (15th Nov) : Andrew Simcock - 'The story of the Pankhurst Statue'

Next Meeting (15th Nov) : Andrew Simcock - 'The story of the Pankhurst Statue' 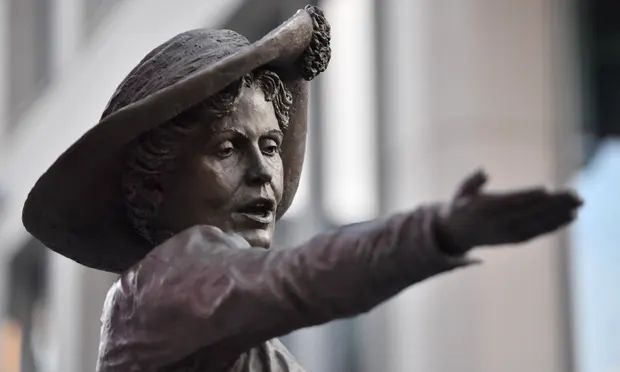 After cruising through Roaring Twenties with the Bentley Boys, in September, chilling out on an October evening with a trip to the other end of world, Antarctica, November will be an evening of a consequence, with Andrew Simcock. A consequence that brought into existence a Manchester statue that bucked the trend. That led to six thousand braving a freezing cold December day to welcome home Emmeline Pankhurst – the first female statue in Manchester in over a century. Until the unveiling of the statue, in St. Peters Square, 16 of the 17 in Manchester city centre were of men, the exception being Queen Victoria, erected 117 years ago.

Andrew met his friend Anne-Marie Glennon to view an exhibition in the Sculpture Hall of Manchester Town Hall, in 2014, Over a coffee Anne-Marie commented "These (busts) are all men. Where are the women!. Andrew then initiated the campaign for a statue, the consequence that brought this meeting.

Come along on the evening and hear of the five year campaign, of the twenty women on the long list for consideration who made a significant contribution to Manchester and, in many cases, to the country, why the unveiling date of 14 December 2018 was so special, and great deal more !

The story of that arrest:

On 21 May 2014, Emmeline Pankhurst, out of prison on licence, led a deputation of 200 women to Buckingham Palace. Watched by large crowds, they were met by 2000 police officers, some of whom were mounted. Amid violent scenes, over sixty people were arrested. A version of this photograph, which shows a frail Emmeline Pankhurst struggling in the arms of a police officer named Inspector Rolfe (1863-1914), was widely reproduced. Pankhurst was immediately returned to Holloway Prison. Outraged at their brutal treatment that day, Suffragettes enacted reprisal attacks which included the smashing of a glass case in the British Museum.