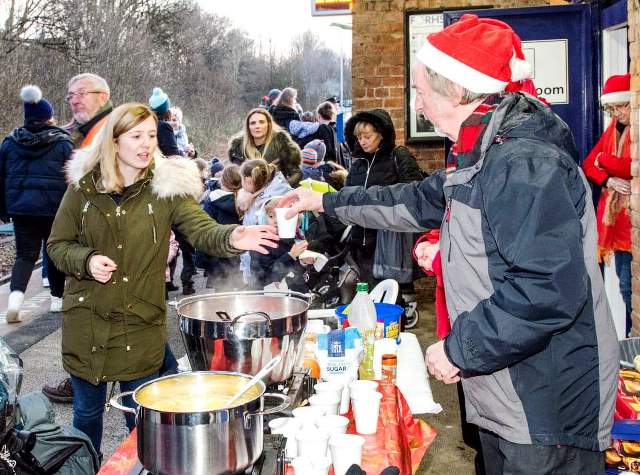 Rose Hill Station, Santa is on his way (click on image to see the 1954 station)

It rained all day and, as evening approached it rained even more. Nevertheless, a hard core of history buffs together with some railway enthusiasts as guests, made up an audience of over seventy people to listen to Craig Wright talk about Rose Hill station. An impressive turnout in the middle of a pandemic. First, he had to prove his credentials to a dedicated audience. Craig comes from a family that has been involved in railways from his 2x great grandfather onwards. The progenitor of the tradition was originally an agricultural labourer who had recognised the tide of history, left his job and walked to Derby where he got a job with the growth industry of that era. He rose as the railways grew and finished his career as a station master.[click Derby Station 1906]

The first twenty years of the railways saw wild and often chaotic expansion. New lines were proposed, lines were built between all the major population centres and there was intense rivalry between the different companies. More often than not, making money was an afterthought; a priority that got lost in the overall search for growth and market share. Craig drew the comparison between this early era of the railway industry and our own period with the growth of digital based industries. There are many similarities but he argued that the railway era had the greater effect on the fabric of the country in terms of social mobility and as a driver of change in both industry and technology.

Of course, it could not last and it did not last. The company that played a major role in bringing the railway to Marple (as opposed to Rose Hill), the Manchester, Sheffield and Lincolnshire Railway (MS&L) was familiarly known as “Money Sunk and Lost” and even when it became the Great Central the nickname was “Gone Completely.” Craig then focused more on our area to explain the trends and shenanigans that brought the railway to Rose Hill. The early period of expansion had seen all major towns and cities joined. Other, smaller towns, not on the network, saw how the railway towns were prospering and they wanted the same. Enter the Macclesfield, Bollington and Marple Railway or rather, the North Staffordshire railway, which was the driving force behind the new route. The fledgling railway had some advantages. Rose Hill was in a much better position potentially to serve Marple than Marple station which had opened four years previously. The latter was on the side of a hill, a long way from the centre of Marple. True, when Rose Hill first opened there was not a house in sight apart from the Gun Inn but very soon houses began to appear along the adjacent roads. However, before the line had even opened it was doomed to become an unprofitable rural service as the North Staffs had negotiated another route into Manchester.

The line struggled on for almost a century but it could not survive the depredations of Dr Beeching. The line to Macclesfield closed in January 1970 but at the last minute Rose Hill was given a reprieve. It became the terminus of a short spur branching off at Marple Wharf. Although the decision was welcomed by the local residents at the time it was regarded as unviable by railway experts because points and signalling were required for a single station. The tracks to Macclesfield were lifted very quickly but it was not until 1985 that David Bellamy formally opened the Middlewood Way as a walking and cycling path. It had taken three years to transform a neglected eyesore into a popular recreational facility with picnic areas. However, from time to time the future of the station was questioned by various companies and government committees looking to save money.

To counter this and to form a permanent lobby to improve services to Rose Hill, a group was formed in the 1990s under the leadership of Andrew Stunell, at the time the LibDem candidate for Hazel Grove and later the MP for the constituency. As a result, although there were no more services overall, there was a better balance of times and frequency between the two Marple stations. The group eventually formalised into “Friends of Rose Hill station” in 2009 and it can claim several achievements to its name. The obvious tasks were related to the appearance of the station and it can claim several “Best kept station” awards as well as commemorating significant anniversaries. In 2019 a plaque celebrating 150 years of operation was unveiled by the mayor of Stockport, with the driver of the last train from Macclesfield to Rose Hill present as guest of honour.

Another commemoration recognised the 50th anniversary of the line closure between Rose Hill and Macclesfield on 5th January 2020. A plaque was unveiled by Basil Jeuda, the celebrated local railway historian and author. The group’s efforts culminated in 2020 when the station received the Community Rail Network gold award.

However, the Friends of Rose Hill station have spread their influence wider than simple anniversaries. There is now a community orchard and a very successful book exchange library which replenishes its stock every three weeks or so. New platform murals have been painted by pupils at Marple Hall School. However, the biggest project has been the Intergenerational Art Project. A variety of plywood discs of varying diameters were supplied by a firm in Goyt Mill, who make hi-fi speakers. These have been decorated by various participants ranging from infant schools to senior citizens with the results mounted on the Josh Robinson wall, with a path running the entire length. 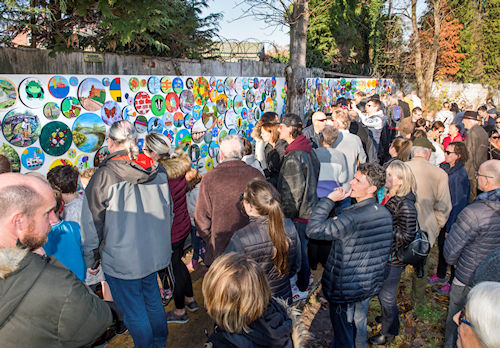 Has it all been worth it? Well, the station is still with us and is one of the cleanest and most attractive in Cheshire. A series of surveys demonstrate that footfall has risen from 80,000 to 200,000 over the period. (What we don’t know is if that represents 200,000 feet or 200,000 pairs of feet.) Whatever the result, Craig showed us the difference that community participation can make. However, he left us with a warning. Although Rose Hill seemed safe from closure the COVID pandemic has exposed vulnerabilities. The Friends have fought hard to get some services reinstated and have succeeded. But there is no room to relax. “Eternal vigilance is the price of liberty”, an aphorism usually attributed to Thomas Jefferson.
The Friends of Rose Hill Station can never drop their guard.

Tony (Station Master) with the Best Kept Station Award of 2019 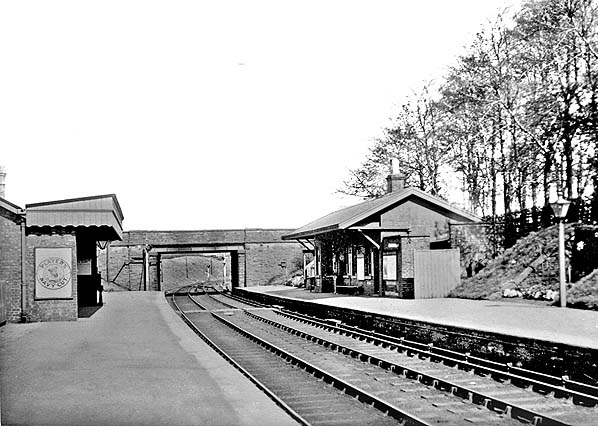 The work of the Friends of Rose Hill Station

Part of the Intergenerational Art Project

Artwork by Marple Hall Students on the railings