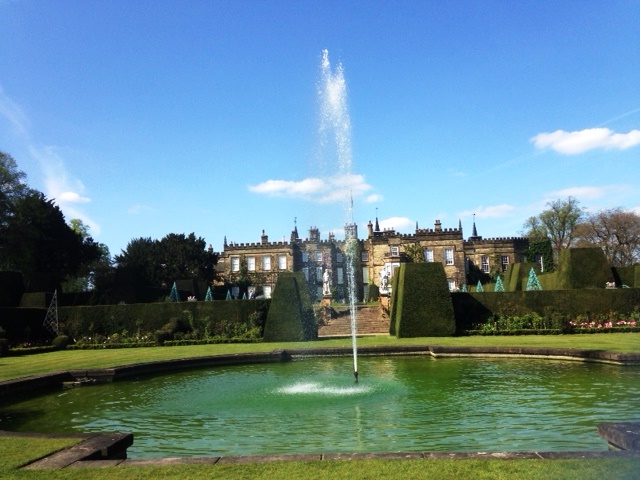 An early start of 9.00.a.m. was more than compensated for by a pleasant drive through Derbyshire to Abbeydale Industrial Hamlet (below) on the outskirts of Sheffield. Once the largest water powered industrial site on the River Sheaf, it has been a place of metal working for hundreds of

years. From 1697 to 1933, scythes and other edge tools were made there and the complex includes a tilt forge, hand forges, waterwheels and a dam.

We arrived a little early and so had to wait 20 minutes or so before we could have our much needed cups of coffee but whilst we waited, we were able to watch a short film about the hamlet’s history and to wander around the various buildings and exhibitions – including a display about Pooley military swords.

All credit to our coach driver, Wendy, who negotiated a very tight right turn into Abbeydale. I’m sure I wasn’t the only person on board who held their breath as Wendy drove through a gateway just slightly wider than the coach!

After Abbeydale, we drove to Renishaw Hall, a short distance away and not far from Chesterfield. On arrival, we had an opportunity for an excellent lunch in the recently renovated cafe before our private tour of the house.

A Grade I listed building, the hall has been in the Sitwell family for over 350 years. The house was built in stages and, unlike many other historic houses of a similar age, it is not symmetrical, but has an irregular plan. Built in ashlar and sandstone, it has crenelated parapets with pinnacles and pitched slate roofs. 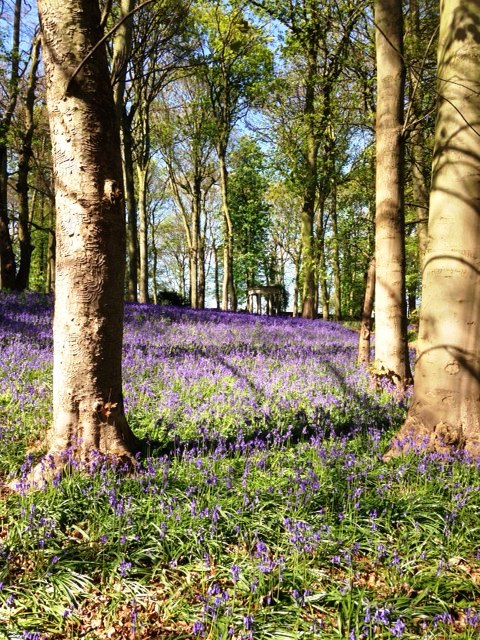 Our tour lasted over an hour, during which time we were able to view the whole of the ground floor and appreciate that it is still very much a lived in home. The Sitwells have always been avid collectors, and perhaps the most famous members were the literary trio of Edith, Osbert and Sacheverall, who contributed greatly to the artistic and literary world in the early part of the 20th century. For those interested in finding out more about the history of the Sitwell family and the history of the Italianate gardens created by Sir George Sitwell, I thoroughly recommend visiting the museum.

Afterwards, in the lovely warm sunshine we enjoyed the formal Italianate gardens before strolling through woodland (right) down to the lakes. The daffodils were past their best but we were more than compensated by beautiful swathes of bluebells and stunning views.

Some of us enjoyed tea and cakes before our journey back to Marple. It was a long but enjoyable day out.