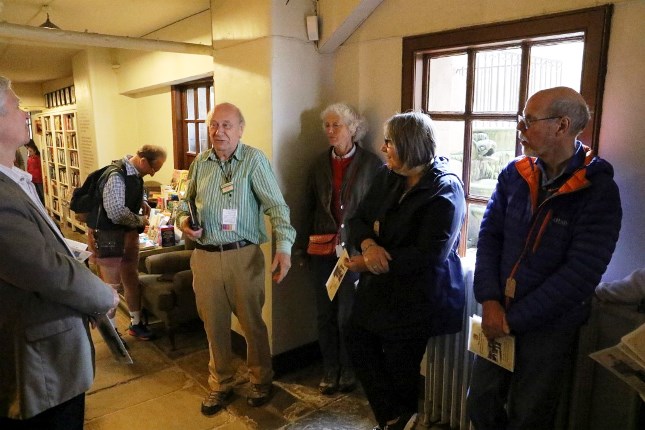 We were promised that we would see the parts of Lyme that other tours didn’t reach, and so we did. But first we were given a brief history of the place. It started as a simple hunting lodge but the Elizabethans gave it a makeover and parts of the “L-shaped” 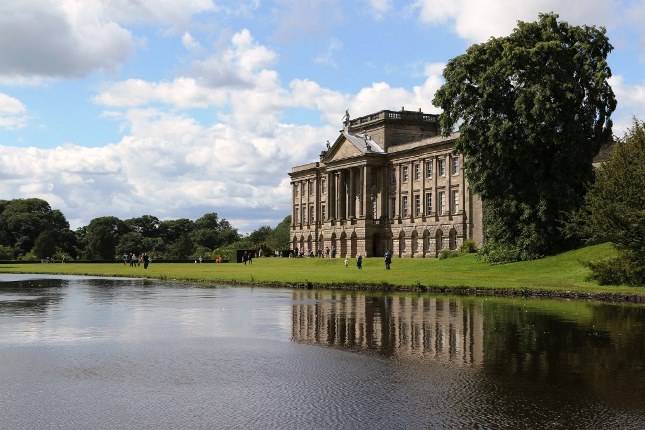 building are still in evidence today. The big changes came in the early eighteenth century when an Italian architect was brought in. It was he who built the remaining two sides to make a hollow square, he who created the cloister effect in the courtyard and he who designed the classic Palladian South Front. The end result, however, was not an English country house but an Italian palazzo on the edge of the Peak District.

A hundred years later an English architect, Lewis Wyatt, made extensive but subtle alterations, particularly to the service rooms and servant quarters, and this made the house much more practicable and convenient. Our tour looked at how the house was organised and run in the “Golden Period” – that time before the First World War when this style of living was at its apogee.

There were four key roles in the servant hierarchy – the butler, the housekeeper, the chef and the land steward. They each played their part and had their own responsibilities but the butler regarded himself as a cut above the others (even though he was not paid the most.)

The tour started with a visit to the “control Centre” – the butler’s pantry where we were introduced to Mr Truelove and M. Perez, (below)the chef. After examining some unique appliances and trying to polish the floor we went to meet the housekeeper, Mrs Campbell. She kept a firm eye on all the female servants, including locking them up in the tower at night (for their own safety, mind you.) She was also in charge of the still room maid and kep 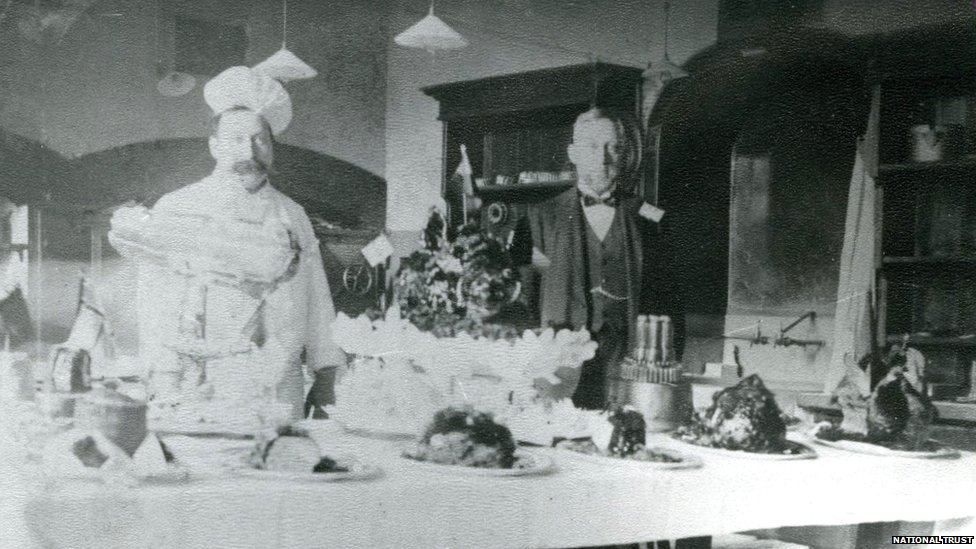 t a close watch on the baking that was being carried out.

Lunch was the only formal meal of the day for the servants, preceded by a little procession of the upper servants around the courtyard to the servants hall. The same hall was used for Christmas parties for the estate children and the ceremony of Beef Distribution on Christmas Eve. Each followed a strict formula every year and rank played an important role in establishing a hierarchy.

We then explored some of the more specialist activities – the salting room, the brush room and the lamp room. How do you keep meat with no refrigeration? Who cleans the expensive top hats? How many lamps do you need to illuminate a house with a hundred rooms?

The pièce de résistance of the tour was the Dark Passage.(below) This was an underground tunnel built in the nineteenth century to give access to the kitchen (and to keep the hoi polloi) away from their betters. We all felt very much at home in these surroundings. It was spacious and roomy, not at all what we had been expecting. Off the passage were more specialist rooms including the most 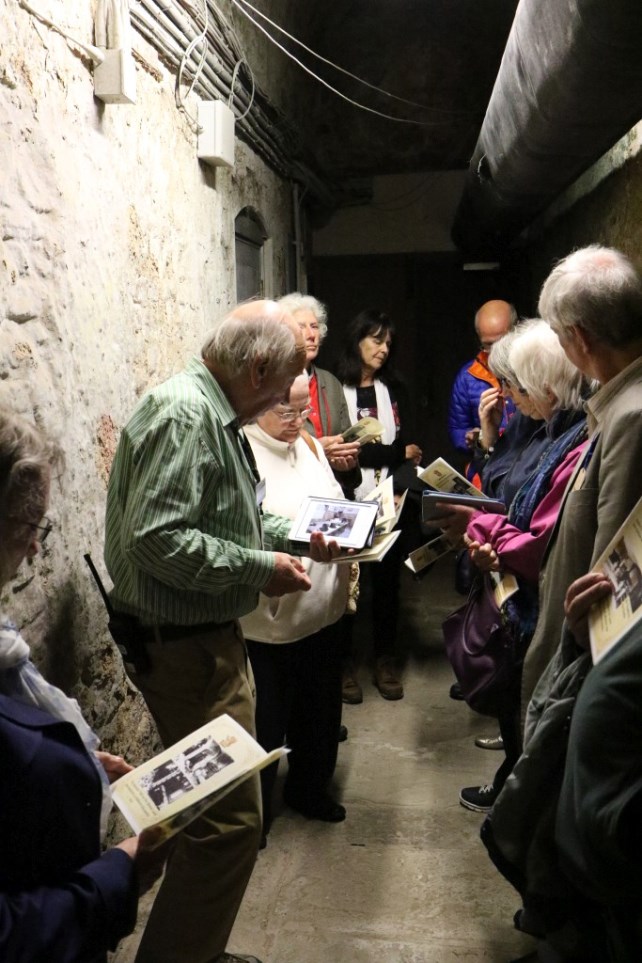 important of all, the brew house. At its height Lyme could produce 1100 gallons of beer at a time. Competition for Robinson’s! To be fair they supplied the whole estate. All employees, plus their families, as well as tradesmen and suppliers visiting the house. The brew house and the next door bakery produced plenty of heat but it was very cleverly dispelled by pumping it through into the adjacent Orangery.

The fuel for all these processes was stored in a specially constructed yard adjacent to the brew house. The Legh family owned a large part of the South Lancashire coalfield so as well as giving them a substantial income (over £2 million at today’s value) it also meant that they had free coal. Just as well perhaps, considering that the house could use up to a ton and a half of coal each day. There was a clever design of chute allowing the coal to be tipped in from ground-level and adjacent to it was the same arrangement only larger, this time for logs.

Finally we emerged from the tunnel to the end of our tour. But not quite the end. Neil gave us our bearings, pointing out the stables and the direction of the Cage as well as where to find the dog kennels. And for those who didn’t know, the funny wooden structure high on the garden wall, is a meat safe. After all, one has to hang one’s meat somewhere after a day’s hunting.
Thank you Neil for a fascinating tour which more than lived up to its promises.

Report by one of our staff reporters,A.N. Other, August 2017

Take a trip to the Roaring Twenties at Lyme Park

This is just a snippet of the cinefilm made by the Legh family in the 1920s and 1930s which is on display at Lyme Park in this year’s Roaring Twenties exhibition. The memories you can hear are from an interview with Mrs Priscilla Fryer, formerly the fourth Lady Newton. These beautiful sounds and images reveal Lyme as a place full of activity, fun and love. www.nationaltrust.org.uk/lyme-park/