A view looking west at Manchester Mayfield station on 30 July 1960.

A group of some 28 members of Marple Local History Society visited the disused Manchester Mayfield Station on Friday afternoon, February 22nd  led by Blue Badge Guide, Jonathan Schofield. He explained that it had been built in 1910 by the London and North 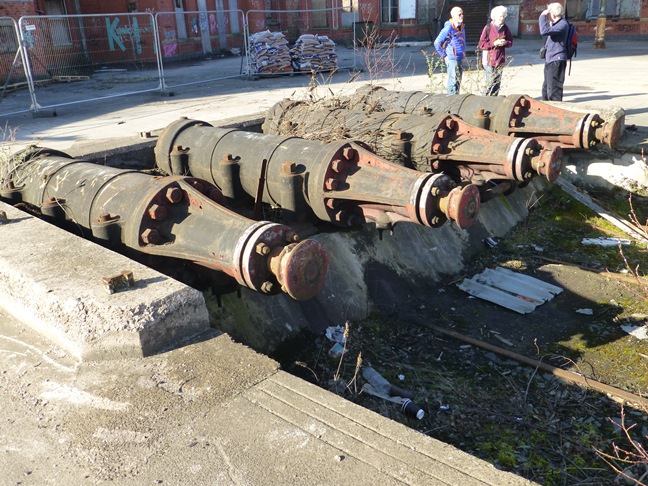 Western Railway Company alongside London Road, now Piccadilly Station to relieve the extra pressure on the existing London Road platforms caused by the opening of the Styal Line in 1909. Mayfield Station was connected to London Road Station by an overhead footbridge.

Because its time of arrival coincided with the evening rush hour turmoil on the London Road/Piccadilly platforms, the famous “Pines Express” which ran between Bournemouth West Station and Manchester always made its northern arrival at Mayfield Station. Mayfield was also frequently used for the departure and arrival of special and excursion trains.

In the mid 1960s Mayfield was finally closed to passenger traffic. The site became derelict although one section of the buildings was later used as a railway joiner’s workshop. 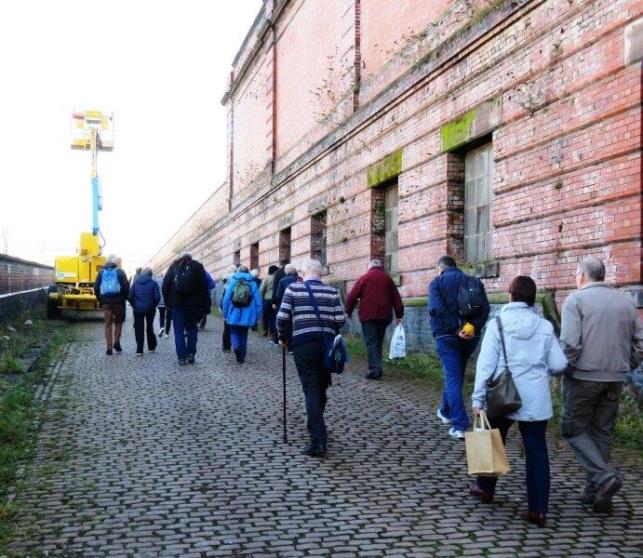 In 1970 Royal Mail decided to use the station to load and run mail trains from the Manchester area. A new sorting office was constructed adjoining the northeast of Piccadilly Station and connected to Mayfield Station by an enclosed overhead parcel conveyor bridge which ran across the Piccadilly approach lines. Services commenced operating in July 1970 and continued until July 1986 when they changed to road haulage for transport of parcels. Once again Mayfield became derelict.

Our Guide Jonathan (below) took us to see the large undercroft with the supporting pillars for the station above. He also showed us a very interesting, slightly blurred photograph taken recently in the empty undercroft by someone on one of his previous tours which appears to show a youngish woman in 1960’s style dress – who no one (including the photographer) saw and was not a member of the 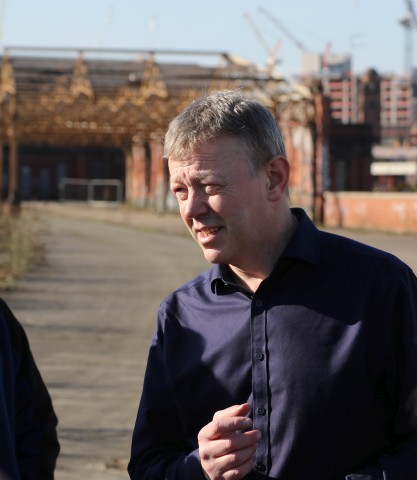 group. Very strange! I was disappointed that he didn’t tell us the tales I have heard about the ghost of an old railway man who has been seen walking up the ramp at the side of the building which gives platform access for motor vans.

A very interesting afternoon, different from our usual visits and thoroughly enjoyed by all.

Judith Wilshaw for organising a rewarding and enjoyable trip

Don Reid for the account, drawn from his personal experience during his working life on the railways when he organised the train drivers operating in and out of Mayfield Station.

Neil Derbyshire for suggesting the visit in the first place.

Postscript: Our visit came just in the nick of time because the site is due for redevelopment incorporating offices, apartments, hotels and the like, grouped around an extensive urban parkland with the River Medlock as its centrepiece.

Pines Express: a pdf file of an article by Cecil J Allen M.Inst.T on the Pines Express and how it passed through Birmingham appeared in the June 1929 edition of the Meccano Magazine

Manchester Mayfield station shown on a 6-inch scale map from 1915. The close proximity of Manchester London Road station is clearly illustrated. The covered footbridge that linked the two stations is also shown.

Looking southeast from inside the train shed at Manchester Mayfield station in 1957. A former LMS Class 5 Locomotive prepares to attach itself to coaches. In all likelihood the engine would have taken the coaches out as empty stock. If it had been hauling the coaches as a service train it would have been turned at Longsight so that it would be facing in the right direction

An aerial view of Manchester Mayfield station taken in 1937.