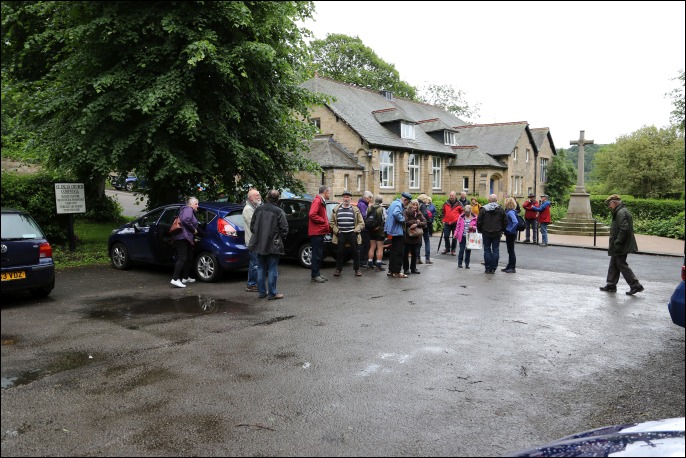 When the Andrew family came to Compstall, the village, if it could be called a village, comprised several farms and some cottages known as Becum Fold. From this beginning, George Andrew and his sons built a spinning and weaving mill, a textile print works, houses for 800 people, a church and other buildings, including the Athenaeum. In fact, they created a community.

Tonight’s walk started at St Paul’s church, which is set back from the main road and old photographs from the MLHS Archives showed that its vista has changed little since it was built. However, last year, the building underwent major structural work to prevent the 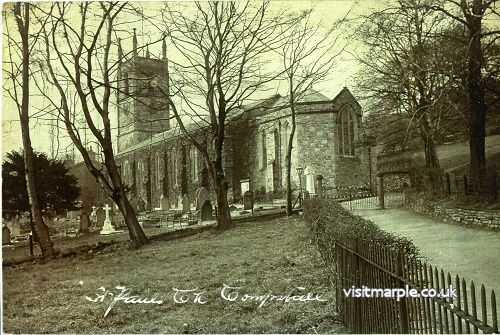 chancel from sliding toward the village. As we entered the church, our guide, Hilda Heald, described the work undertaken, including underpinning, rebuilding the roof of the chancel, redesigning the Narthex and the installation of a new staircase to the gallery. Previously, the only access to the gallery was by a flight of stairs outside. Indeed, these stairs are still used by the gentleman who winds the clock! For more information about the restoration, including, before/during/after photographs, please follow the link………..St. Pauls Restoration 2018

The church has little decoration, with a simple altar and reredos but is full of light from the beautiful east window. The wall memorial tablets are mostly to members of the Andrew and Woodmass families and to the young men who lost their lives in WWI. During the tour, Hilda explained the influence the Andrew family had on all aspects of village life.

Before leaving the church, Hilary gave a summary of the time line of the village from when George Andrew arrived in the early 1800s to the present day, including the family’s involvement with the Compstall Co-operative Society. Following WW1 and the General Strike in 1926, business declined and the spinning section of the mill closed. There was a suggestion in 1952 that the village be demolished and returned to Green Belt but fortunately several villagers 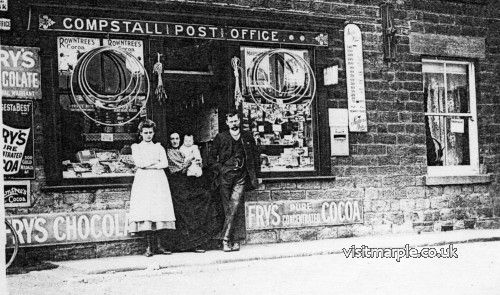 defended their community and eventually new sewers and amenities were installed. The mill closed in 1966 and shortly afterwards, Bredbury & Romiley UDC and others bought part of the valley upstream from Compstall to the large weir and Etherow Country Park (one of England’s first country parks) was established. Towards the end of the 1960s, new houses were built and the village expanded.

We walked from the church to the mill lodge, passing the post office, the exterior of which is easily recognisable from old photographs. As we stood in the car park by the lodge (filled in in 1969) Hilda explained how the water was utilised to power the different parts of the mill complex before we started our stroll around the Lodge. We walked along the path between the reservoir and the river Etherow, passing Victoria Mill and the site of the massive Lily water wheel. A little further along we saw the road that leads down from the water’s edge to the mill, cobbled so as to make it easier for the horses as they pulled wagons to and from the mill. As we walked towards the weir, which was in full flow, Hilda continued to point out historic features and answer questions. We also had the opportunity to enjoy the beautiful countryside and wildlife but although we saw Mallards and Canadian Geese, the Mandarin Ducks were elusive. Fortunately, David Burridge has found a photo taken a few years ago, which shows how delightful they are. 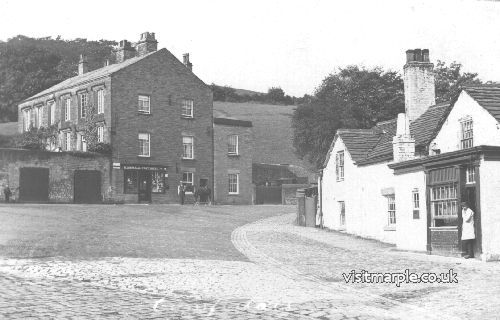 As we walked back towards the workers’ cottages built by the Andrew family, and named after family members, there was a little light drizzle but nothing like the torrential rain that fell earlier in the day. 33 people came on the walk, which ended at Montagu Terrace and, afterwards, 16 continued the evening in the Andrew Arms. The walk raised £100, which was shared between St Paul’s Church and Compstall History Society.

Compstall on the Virtual Tour 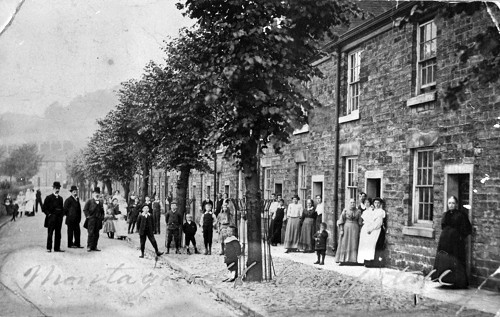 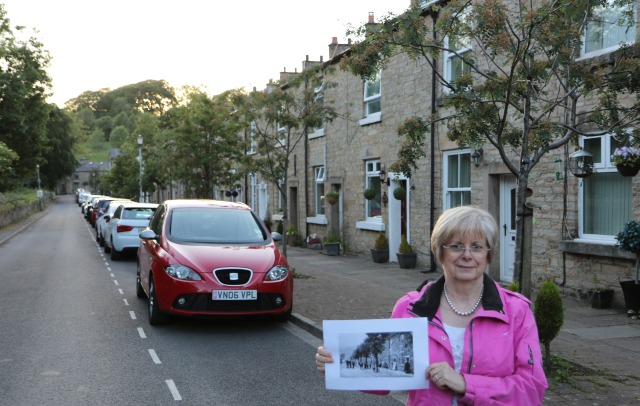 Hilary Atkinson gives a summary of the time line of Compstall, starting around 1800 just before the Andrew family arrived at Werneth Hall Farm, when the village of Compstall didn’t exist and the few cottages/farms in the area were known as Becum Fold through to 2019.

A wall plaque that has come from George St Chapel.

The Keg at Etherow Park, Compstall. Provided by Janet Holmes.

An early view of the Northumberland