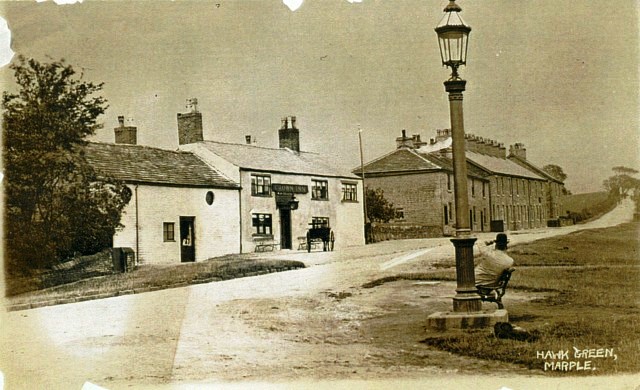 The Crown, originally a farm and brew house

Hawk Green has always been part of the township of Marple and Wybersley. Early on there were just scattered farmsteads, but as industry developed pockets of housing sprung up, and by using maps of different dates and looking at the styles of buildings you can get a good idea of how the settlement has grown.

On a beautiful June evening, 30 members and friends gathered, and after a brief introduction by leader, Judith Wilshaw, were ready to explore the whys and wherefores of the local area. We were on the steps of the Reading Room and, helpfully, its headstone tells us that it is a ‘Reading Room and Social Club’. It was built by public subscription in 1906 to provide a recreational alternative to the pub, seen at the time to present many dangers, especially to young men. There was a billiard table for entertainment, and baths at the back of the building, and many (temperance) organisations held their meetings there. It’s still well used by organisations of all kinds, though the baths have gone and also the temperance emphasis. 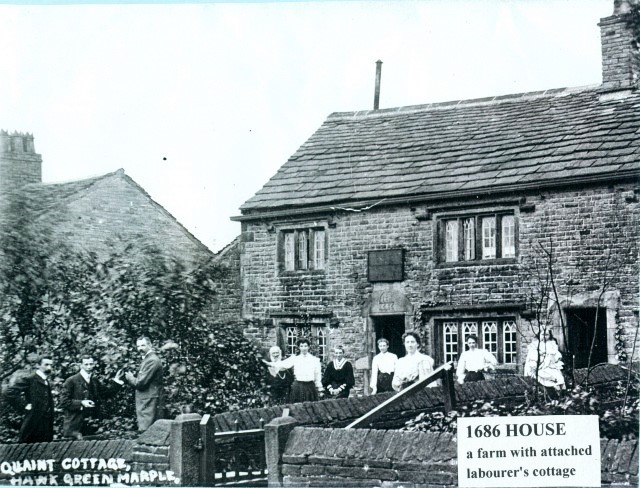 The oldest house in Hawk Green, with its 1686 date on the gate, is just across the road [above] and then we moved off down Upper Hibbert Lane, pausing at Rhode Houses, one side of a block of mill workers cottages contemporary with the first cotton mill to be built here in the 1830s. We turned into Shepley Lane and so to Rhode House. This looks like a substantial early Victorian dwelling, but presents many questions: the part next to the road is joined to the rest by a continuous vertical joint, suggesting that it was built at a different time from the rest of the building, and at the back of the house is a one storey outshut with an industrial style chimney, possibly either a bakery or a laundry. This was the residence of Robert Shepley who built a steam powered spinning and weaving mill on the banks of the newly opened Macclesfield Canal which provided transport for raw materials and finished goods, and water for the engine boilers. The mill operated until the early part of the 20th century, and was known variously as Shepley’s, Rhode, Ridge or Marple Mill. How confusing must that have been? It was eventually demolished in the 1930s, having been put out of business by the much larger Goyt Mill of 1905, just along the bank.

As the road widens out we had a good view of Goyt Mill and the base of the mill chimney, a landmark for miles around until it had to be demolished in 1986 because there were long cracks in the structure and it was swaying in the breeze! Behind is the tall and elegant engine house, now Rope Race Climbing Wall. We crossed the canal by Shepley Lane Bridge and looked down in one direction to Goyt Mill wharf and the arched water intakes for its steam engine boilers, and the other way to the stone banking which is all that remains of Shepley Mill. 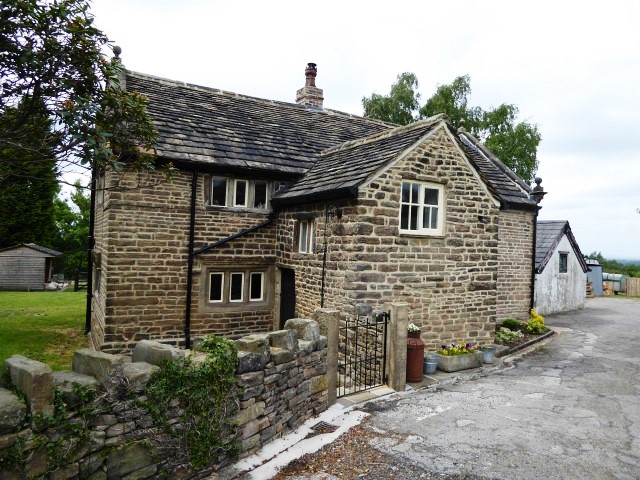 A gentle incline took us to the tow path for a pleasant stroll to the next bridge. Steps and a stile brought us to Barnsfold, where Mr George Barnes was farming in 17th Century. There are four dwellings here, two Grade 2 listed, and one a modern house with a date stone of 1996, built on the footprint of an earlier dwelling. In its heyday there was a population of 80 in this tiny hamlet. One of the houses had a hat factory in an outshut that looks like a porch, Barnsfold Manor Farm and Mr Barnes left an endowment to finance apprentices which he expected his tenants to pay out of their rents. 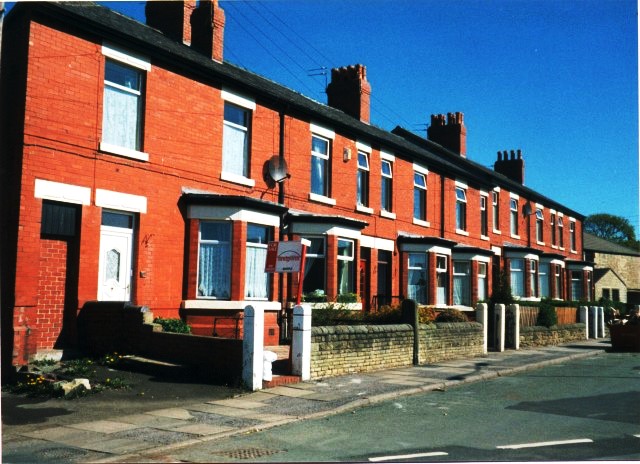 Barnsfold Road is lined by houses of miscellaneous styles, then a terrace of cottages just like Rhode Houses, and seven typically Edwardian houses, of Accrington brick , probably contemporary with Goyt Mill. At the end of the road is the stone building where the Hawk Green branch of the Compstall Industrial Cooperative Society opened in 1882. Until recently it still had its taking-in door and hoist at first floor level, and on the entrance threshold the Coop Society monogram is picked out in mosaic.

We crossed Windlehurst (winding or windy woodland) Road on to The Green – originally a common and remaining today as a much valued public open space, and looked at the buildings of many periods and styles around The Green. There’s the Crown, originally a farm with Brewhouse but recorded as an inn from 1837, and further along on that side stone terraced houses of Lyme Terrace dated 1885. At the top of the Green is another Accrington brick Edwardian terrace, some much older cottages which one of the residents believed had had a domestic loom shop at the back, then several modern detached houses, their living rooms on the first floor to take advantage of the uninterrupted views from their front. 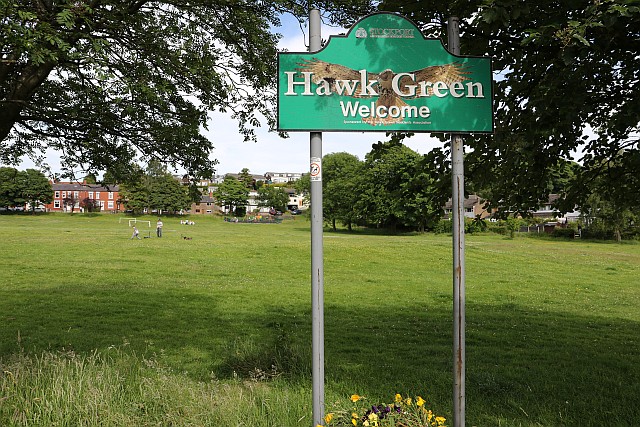 There’s a public footpath across the Green leading into the narrow ‘ginnel’; a highlight for some who didn’t know about it before and enjoyed the air of surprise when they emerged on the Ridge just a short way from Ridge Methodist Church. A painting of first and second Ridge Churches. We were welcomed to the church by steward Richard Miller. After letting people look round for a few minutes, and telling the story of how the first church was built in 1844 by the efforts of the congregation, using stone from the quarry further along the Ridge, Richard went to put the kettle on, and everyone enjoyed a cup of tea or coffee. People lingered awhile in the church and enjoyed the lovely views on this perfect evening, (below) then drifted gently homewards in the mellowing evening light. 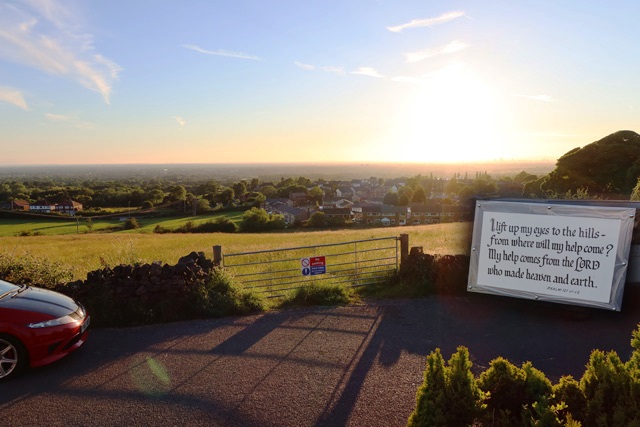