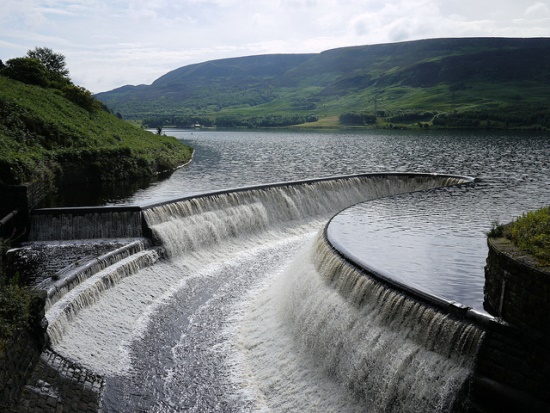 What a choice! What was it to be? United versus Preston North End in the Fifth Round of the Cup or David Frith talking about his native Longdendale? For 101 members and visitors to Marple History there was no contest. David Frith, of course. And David did us proud. It was not so much a lecture as a love poem, conducting us from Woodhead to Mottram with many side excursions on the way.

This many-faceted transport corridor has seen huge changes over time but particularly in the last two hundred years. Historically the valley formed the panhandle of Cheshire - the thin piece of land that projects towards Yorkshire.

Cheshire absorbed this narrow corridor because the monks of Basingwerke wanted to maximise their income from the salt trail leading from the Cheshire “wiches” to Yorkshire. To prove the point, the upper reaches of the Etherow is known as Salter’s Brook. A turnpike road cam 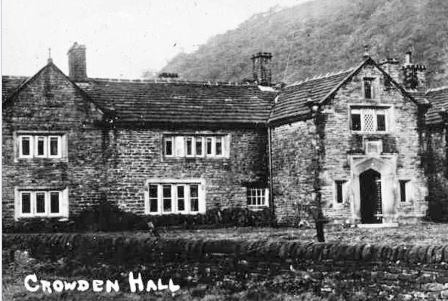 e later and followed the old saltway route but the real changes came in the nineteenth century. In the 1840s there were two major developments, both competing and complementing each other. The Manchester – Sheffield railway was constructed between 1839 and 1845. (Right: Crowden Hall-Long gone, beneath the waves) Two years later, in 1847, an Act of Parliament was granted to Manchester Corporation, allowing the building of a sequence of five reservoirs to supply fresh water to the growing cities of Manchester and Salford. Or at least three supplied drinking water. The upper three reservoirs – Woodhead, Torside and Rhodeswood - were for drinking water but the lower two – Valehouse and Botttoms – were river compensation pounds. The downstream mill owners in Mottram and Broadbottom and Compstall were concerned about their power supply so Manchester had to guarantee 70 million gallons per day for the mills along the Etherow. 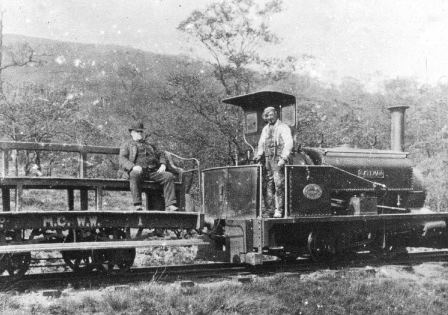 ted the valley. Those building the railway were there for a comparatively short time but achieved heroic results. As well as a 40-mile rail track between Manchester and Sheffield, two parallel tunnels, were constructed from Woodhead to Penistone. Each three miles long, they were the world’s longest railway tunnels when they opened in 1845 and 1853. Six airshafts were sunk along the route that allowed fourteen faces to be excavated simultaneously, a major engineering innovation at the time. However, it came at a cost; several men were killed each year as the tunnelling progressed.

Not quite as dangerous but equally hard was the work in building the reservoirs. This lasted for almost forty years, from 1848 to 1884, and the workers and their families became long-term residents of the valley. What had been a rural population of hill farmers and shepherds was transformed into a huge construction site with all appropriate ancillary services – schools, chapels, shops and inns. There had already been a few simple ale houses serving travellers on the turnpike road but now there was a semi-permanent resident population as well as passengers on the new railway. The Angel Inn and the Commercial Inn were two of many hostelries. So too was the George & Dragon, which was to survive until the 1960s and was the venue for a radio show, ‘Take your Pick’, hosted by Wilfred Pickles. 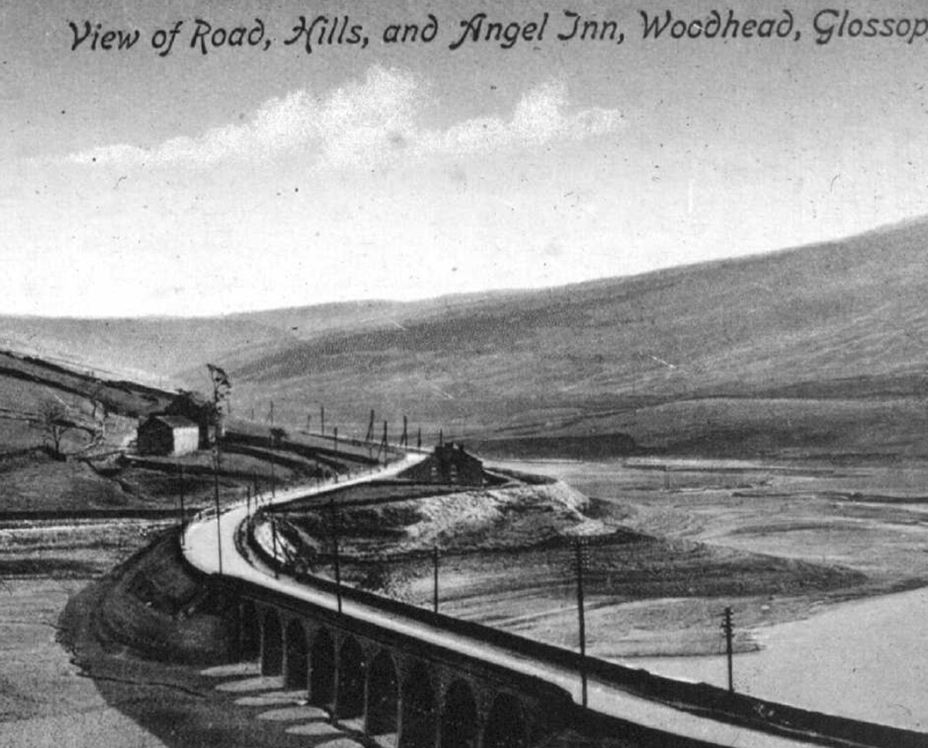 However, as the reservoirs were completed, the population fell. The navvies moved on to other areas but even the core population declined drastically. Whole villages and factories were submerged. Remote halls and farmsteads were taken over by the water board in order to protect the catchment area. Occasional chimneys or tall buildings projected above the surface for a few years until they too slipped silently away. Even the Victorian twin railway tunnels were abandoned in favour of a new twin track tunnel. That in turn was closed when the route was first closed for passengers and then saw the demise of coal traffic from Yorkshire to Fiddlers Ferry power station.The signs were of a valley in terminal decline but in the last two decades there have been hopeful signs of a new life. New uses and visitors for the area if not new residents. The Glossop Sailing Club is based there and the old railway line has been turned into a popular walking trail. It is a major part of the Trans Pennine Trail, a long-distance route from Liverpool to the Humber. In 2014 Longdendale received the ultimate accolade – a stage of the Tour de France. The valley had never seen such excitement. 40,000 visitors, days of build up, a carnival type procession before the race and then 200 riders swept past in a matter of minutes. But it was well worth it. Longdendale was on the international map!

A lovely valley, a vital transport corridor and an essential water supply. All that and a hopeful future as a tourist destination.

And what about the football? An ephemeral matter compared with Longdendale but, for the record, it was 1-3. Who to? Why, United of course.

Many thanks to David Frith, for this rewarding alternative to football on the 'tele'.

And there were a lot of weary travellers! 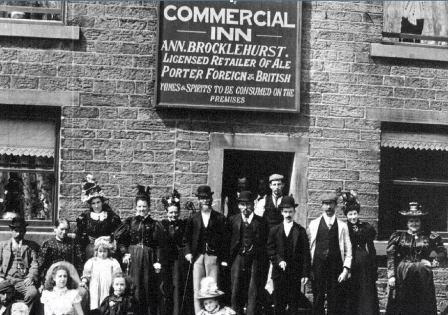