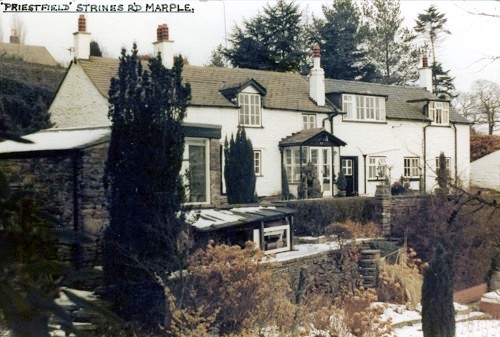 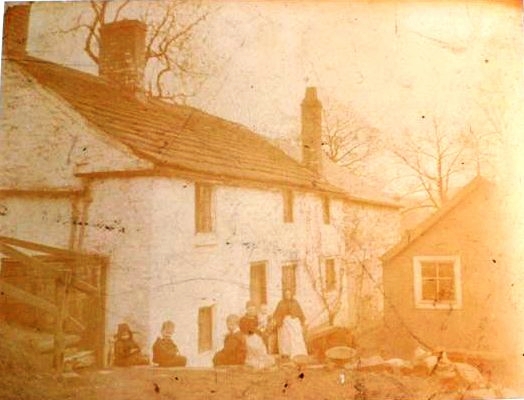 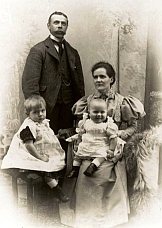 According to census details from 1841 to 1911 the Ratcliffe family lived in Priestfield House (off Strines Road) (left above).However, on three of the censuses (1841, 1861 and 1871) the name of the house was given as Captain Nuttalls. This information has come to light due to researching  a request from Steve Till who lives in Somerset. Details of this research are now in our archives. Steve wanted to trace his gt. gt. maternal grandfather, James Ratcliffe, a Marple boatman, and his wife, Mary Ann. Steve sent us a photo of Priestfield in the early 1900’s (right above) showing his grandfather, Wilfred (middle child in picture), with his mother, Clara, holding baby. Steve believes that Clara ran the tea shop at the Roman Lakes.The photo,(left),shows Ralph and Clara Ratcliffe with children Frank and Wilfred. 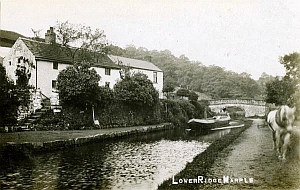 nd so the boats would be day boats, most likely carrying cargoes  of limestone, coal and lime to and from the lime kilns. Steve recalls seeing old photographs with the name Ratcliffe on the side of a boat.

Steve’s direct ancestry consisted of Thomas  and Hannah (3x gts), James  and Mary Ann (2xgts), Ralph and Clara (gts) and Wilfred (grandfather). Surprisingly, family members occupied Priestfield as tenants throughout the duration of census years 1841 to 1911. There were three acres of land with the property and by 1871 James gives his occupation as farmer. After his death in  December of the same year Mary Ann took on this role. At this time widows very often had already been working with their husbands but their work was not deemed worthy of a mention on the censuses.

Having found that o 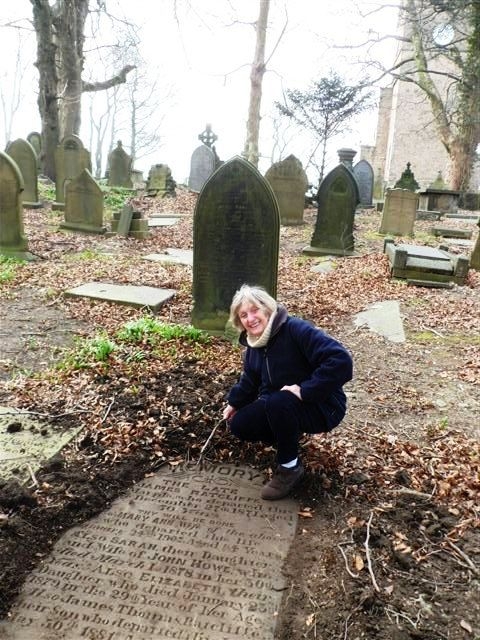 ur archives had a record  of a gravestone inscription for the Ratcliffe family, Hilary and I located it but it had disappeared under layers of soil and leaf debris. To our rescue came David Waterston (Church  Administrator) with a spade!!(below) Because it had been covered the gravestone was in excellent conditi 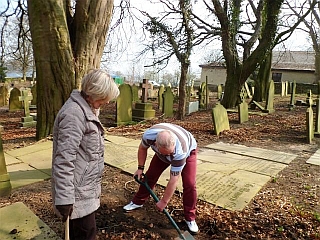 on so the infilled lettering just needed clearing to reveal the names (left). These were James, Mary Ann and three of their adult children, Sarah, Elizabeth and James Thomas.

We would love to know who Captain Nuttall was. Our searches so far have not found a suitable candidate so any help to identify him would be greatly appreciated.