In the Local History Society’s photograph archives we have a folder labelled “People named” and another one labelled “People unnamed”. Unnamed ones are occasionally identified. Named ones are quite often known because of their local history connections. However there is this one very poor photograph of a couple in a cottage garden, named on the back “Amanda and Henry Prevost” No one at the Archives recognised these names but, armed with this information, it has been possible to at least trace part of the life story of Henry. 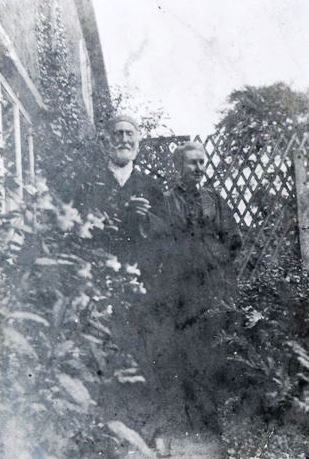 Information found has been from census details, parish, B.M.D. and military records. The latest published census, 1911, shows Amanda, a widow, aged 70 and born in Devon. She is living at Lane Head, Mellor, and there on this census night is Gladys Hunt (granddaughter). In 1901 Henry is alive and well. He and Amanda are at Lane Head. Henry is 70, born in London. He is an army pensioner, 23rd Regiment. So far, so good! From this point it is possible to follow Henry back through the census details to 1841 and beyond to records of births, marriages and deaths. However, a life story is probably easier to read going forwards in time so this is what we will now do.

Henry was born in 1830 in St Martin in the Fields where initially he continued to live. His parents’ names were Mark and Mary Prevost. Mary’s maiden name was Hayward. By 1841 Mary had died, leaving seven children, the eldest, Mark, aged 20, a wig maker like his father, and the youngest, Henry, aged 10. Mark plays a further part in this story and it should be pointed out here that the name Prevost is sometimes given as Prevo. It is likely to have a French origin as there are some Prevosts with “Le” in front of the name and maybe with the st silent.

By 1851 Henry is married, not to Amanda, but to Elizabeth. Henry is also now a wigmaker and hair restorer. Their address is 416 Strand, St Martin’s in the Fields (this road is shown on the map). On the census Henry lies about his age, giving 25 instead of 20. This is possibly because Elizabeth is older than he is and there are three children, the two eldest, George and Walter, being 6 and 4 years old. It would seem that Henry is too young to be the father. Further research reveals that Elizabeth was already a Prevost when she married Henry in 1850 as she was the widow of his brother, Mark. This second marriage should have been illegal at the time but at their marriage Henry’s surname was given as Prevo and Elizabeth’s as Prevost. It would seem that they cleverly hid the truth of their relationship. 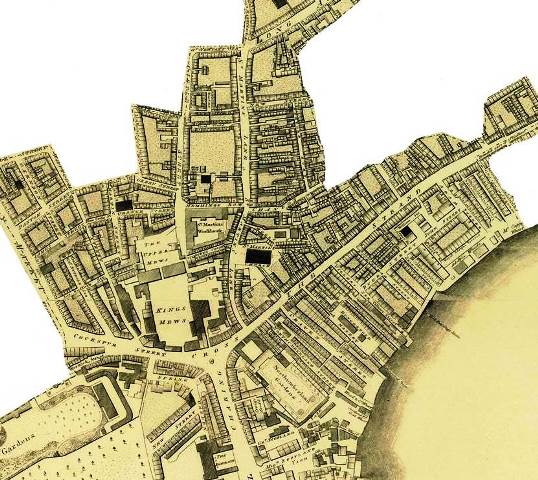 Elizabeth’s maiden name was Brammer. She was born in Durham, left home to be a domestic worker for a farmer in Yorkshire, at some point came south and married Mark in 1843. We will never know how and why she managed to travel these distances. Mark then died in 1849 (at 28 a very young man!) and Henry stepped into his shoes to be a husband and father. The youngest child Henry (4 months in 1851) will actually be Henry’s son but this little one dies the following year.

From now on there are big changes in Henry’s and Elizabeth’s lives. In 1855 Henry joins the army, the Royal Welch Fusiliers/23rd Regiment of Foot, 2nd battalion. By this time wigs had become very unfashionable and maybe lack of trade influenced his decision. Perhaps also he could employ his hairdressing skills amongst his fellow soldiers. Some wives and children travelled abroad with their husbands and censuses show that many children were born in foreign parts. Henry and Elizabeth’s daughter, Henrietta, was born in Chatham in 1857 but by 1861 their second daughter, Dora, was born in Malta. The baptisms of both these girls took place in Malta. 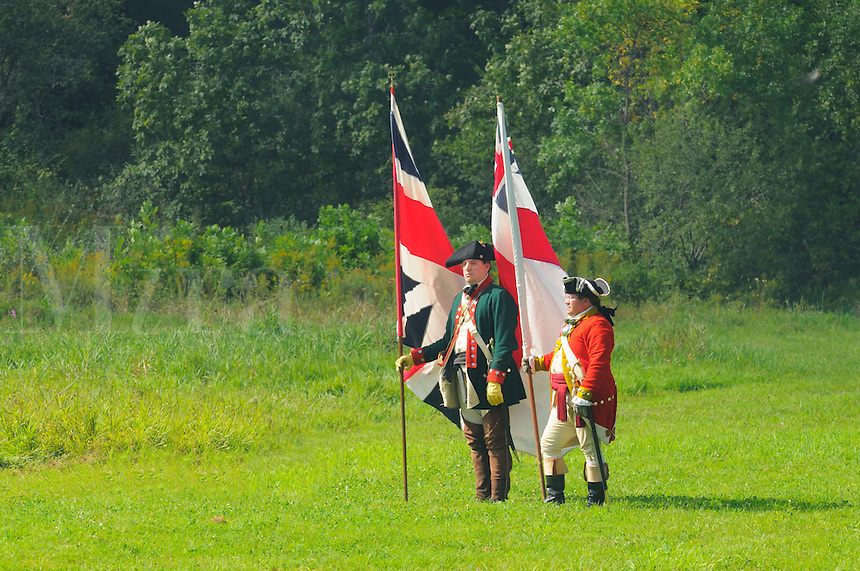 Reading army records for 1859/60 depicts a troublesome time for the 2nd/23rd. They were deployed to Malta and Henry and Elizabeth must have witnessed many sad events. Fever was common amongst the troops and we are given a sad tale of the many burials of young soldiers and children. A private committed suicide by shooting himself in the chest with his rifle. An eye infection “Opthalmia” was common, caused by airborne dust. It would have been a particularly worrying time for Elizabeth as she was pregnant with Dora. There must have been some happier times when the drummers and buglers would have provided the required stirring music.

The family do not appear on the 1861 census as the battalion was at that time abroad but by 1871 Henry has become a sergeant. Henry’s eventual discharge papers, from Dublin 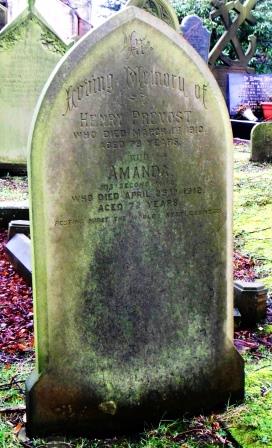 , show that he spent time in both Malta and the Crimea. He is discharged in 1876 with good conduct medals and a gratuity of £5 per month, having spent 21 years in the army Sadly, after their return, Elizabeth died in 1866. Perhaps this was partly a result of her arduous time spent abroad.

Henry lost no time and married Amanda Bryant in 1867. Amanda hadn’t had a very promising start in life. Her mother was Jane Bryant but there is no trace of a father. By 1851 at the age of 10 she is a domestic servant and is still in this occupation 10 years later (always in Devon where she was born). However, like Elizabeth, she had travelled and met Henry, to be married in Eastry, Kent. We won’t know how Amanda came to be there but Elizabeth had died in Eastry so maybe Henry was billeted in the army quarters at Deal. In spite of having to take on Henry’s children I imagine she would be very happy to leave her life as a servant. Their daughter, Amanda, was born in 1869 in Monmouth, Newport (an Army town) but by 1871 the family are in Chatham.

Research continues and we have picked up some clues but so far we can’t tie them into the main story. For instance, David Prevost was in 1901 at Stockport Boys’ Industrial School on Offerton Road, Marple (later known as Offerton House). Henry was both the uncle and stepfather of David’s father, Walter. 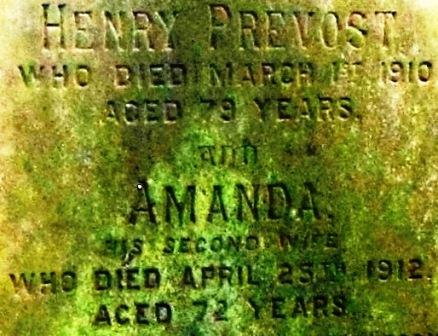 In 1891 a Minnie Prevost is the cook at Brabyns Hall. She came from London and perhaps is related but further details about her have proved elusive. More delving revealed that Henry’s father, Mark, remarried and had a further brood, including a son, Arthur, who could be the connection.

Henry and Amanda are buried in Mellor Parish Church graveyard. We have now spotted their gravestone. It can be seen from the road so have a look!

It’s extraordinary how one photograph can lead us to so much information. Without their names we would have just filed this picture away and have thought “I wonder who they were?”