Victim of the Red Baron 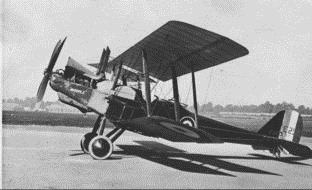 Some times something really interesting turns up when you least expect it. I came across this photograph recently at Archives, and was intrigued to find out more. Stamped on the reverse are the words “Air Ministry”. Why is “Marple” painted on the engine cowling? Could it be linked to one of the Marple men who fought in the First World War?

Bill Beard was able to identify the plane as a Royal Aircraft Factory R.E.8 built by Siddely Deasy at Coventry. Next, I checked the book “Remembered” by Peter Clarke, Andy Cook & John Bintliff (which records the Marple Men who died in the First World War) and found 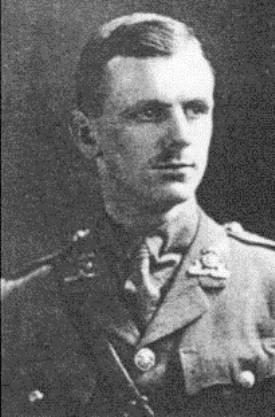 the entry for Lt Harold Carver Barlow. Harold (left) was the son of Frank Barlow JP and Mary Carver whose family had owned Hollins Mill. The Barlows were a prominent local family with interests in tea plantations, and they lived at Woodville on Buxton Lane, Marple. Lt Barlow, 20th Battalion Lancashire Fusiliers (4th Salford Pals) was attached to the 9th Squadron Royal Flying Corps and was killed in action in 1917, aged 26.

I contacted Dr Graham Winton, military historian, who confirmed that Harold Carver Barlow became the 53rd victim of the German Ace “The Red Baron” over Belgium in 1917. According to Graham:

No. 9 Squadron was formed and disbanded twice during the War. First formed on 8 December 1914 at St Omer in France from a detachment of the RFC HQ to develop the use of radio for reconnaissance missions; this lasted until March 1915. Re-formed at Brooklands on 1 April 1915 under the command of Major Hugh Dowding as a reconnaissance squadron, No. 9 returned to France in December 1915, flying Royal Aircraft Factory B.E.2s. It flew reconnaissance and artillery spotting missions during the Battle of the Somme in 1916. It re-equipped with R.E.8s in May 1917, using them for artillery spotting and contact patrols during the Battle of Passchendaele, during which it suffered 57 casualties. It was disbanded again in December 1919 and reformed as a bomber unit began on 1 April 1924 and remains in service.”

17th June 2017 will be the 100th anniversary of Lt Harold Carver Barlow’s death when he will be remembered on the Marple WW1 Timeline Tribute Display in the Marple Memorial Park.