Coal Mines in Marple and District. 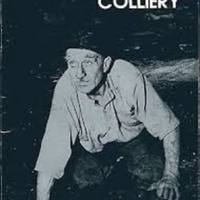 Booklet giving history of the Mine and the Men of Ludworth Moor Colliery printed in 1981. Photgraphs and map workings.
Newspaper advertisement attached from 1982 for the Best House Coal from Ludworth Moor and flyer 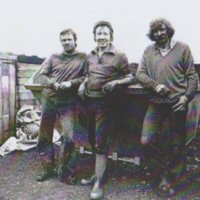 Photocopies and photographs of Ludworth Moor Colliery:
a. 1950 showing Alf Gee at the Coal Face (As cover of Booklet)
b. 1981 Travelling to the coalface.
c. Photocopy : Geoff du Fen with Rod Thackary on right 14.7.1981
d. Photocopy : Geoff… 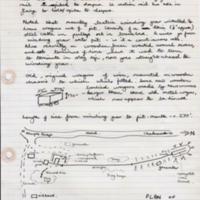 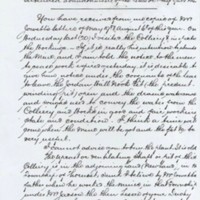 Photocopy of letter dated 22nd August 1879 from W Eagle of Manchester with regard to the abandonment of one of the mines after his visit to Mr Jowetts mines (High Peak Mellor Colliery) discussing general mining matters. 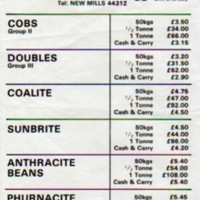 Original flyer from Ludworth Moor Coal Company, New Mills, giving details of the prices of their products for Summer 1983. 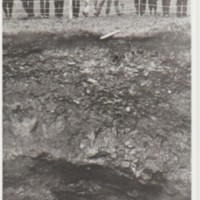 Sketch of section of Mellor Colliery Mine : 1964 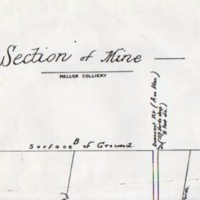 Sketch on A3 paper showing a sketch of a section of Mellor Colliery Mine.
Drawn by W.E.W. 1964 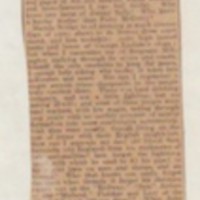 Original and transcript of newspaper report under the heading "Reminiscences of Marple Bridge : A time when the Village was Alive : A Colliery at Each End : The Good Old Days" . Date unknown could be before 1892 written as post mill fire. 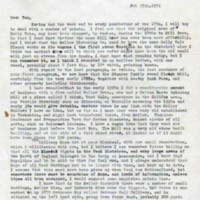 Typed 3 page letter to Tom Oldham from Mr Jowett in 1974 recalling the working of collieries and other industries in the Marple Area in the 1920's.
Also single page typed notes from Tom Oldham after Mr Jowetts visit on the 20th August 1974.
Mr…

Extract : "Coal in Tenants' Past" from Bill Whalley Records 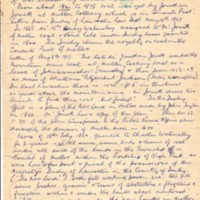 Handwritten double sided original notes taken from Bill Whalley's records.
Extract from a letter of various dates "Coal in Tenants' Past, Mellor" by Duchy of Lancaster plans No 23 & 79 Public Records Office concerning ownership and other issues. 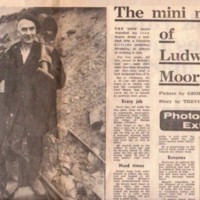 Numerous newspaper cuttings relating to Ludworth Coal Mine from 1970 with information and photographs of mine and the miners who worked the coal face starting with Alf Gee the owner from 1953.
Miscellaneous newspaper headline reports on coal mining…
View all 12 items