Not filed in alphabetical index due to quantity of material.
Located in Cabinet B : Bottom Drawer

Henry Bradshaw : Will and Inventory 1699 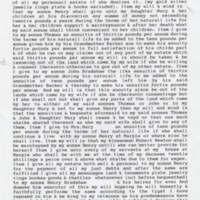 Four page typed transcript of the Last Will & Testament of Henry Bradshaw Esq. dated 1699 and Inventory 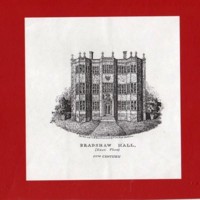 Two copy sketches of Bradshaw Hall showing east side dated 17th century, one mounted on card.
Home of the Bradshaws from 12c. 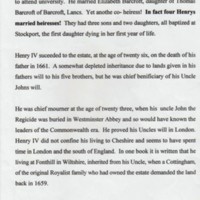 Typed declaration swearing allegiance to the King by Henry together with other gentleman of Cheshire.
Short Biography of Henry Bradshaw born 1635 13 years of age when Charles was beheaded. 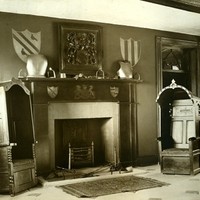 Typed information re Hearth Tax for Marple in 1663 stating Marple Hall was the biggest building in the area with 14 chimneys. 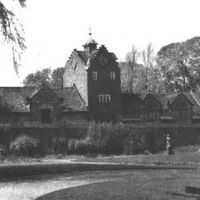 Indenture (to be transcribed) 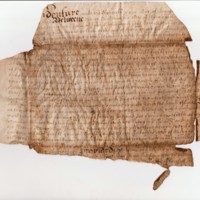 Two original fragments of parchment of an Indenture dated 1693 with Henry Bradshaw named. To be transcribed
View all 6 items