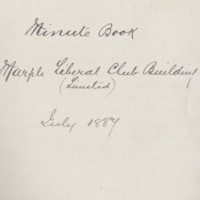 Exchange of Land at the Memorial Park : 1984 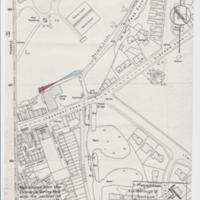 Correspondence from 1984/85 between Metropolitan Borough of Stockport and Marple Liberal Club with regard to a proposal to resolve a boundary dispute with a map highlighting the area. 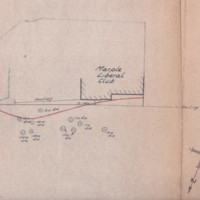 Plans and correspondence from SMBC with regard to a boundary dispute at the rear of the Liberal Club.
Plans show filled in spur of Peak Forest Canal which lead to Hollins Mill.
Dated 1975, 1976 and 1976 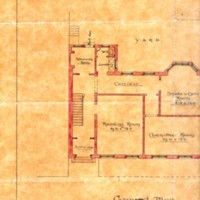 Proposed plan for Liberal Club, Marple on wax paper from Architects, H B Higginbottom of Manchester.
Detailing layout of floors with first floor consisting of Billiard Room and platform, and ground floor with the reading, smoking, Steward and… 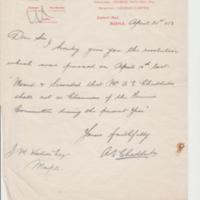 Original letterhead letter from Marple Liberal Club dated 1913 with information of the resolution passed to appoint Mr A E Chadderton as Chairman of Finance. 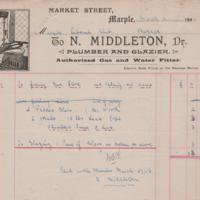 Prospectus & Form of application for Shares : 1887 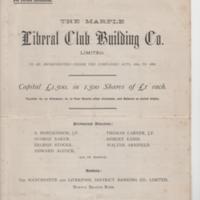 Original Prospectus and form for application of Shares at £1 each to raise capital of £1,500 for the Liberal Club Building Company Limited outlining proposed scheme.
Details of Directors, Bankers, Solictor and Secretary pro tem. 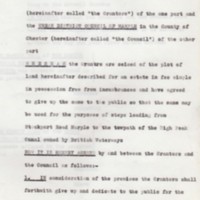 Correspondence and agreement drawn up between Urban District Council of Marple and Marple Liberal Building Co Ltd for a plot of land to be given up to the public to create steps leading from Stockport Road, Marple and the towpath of the High Peak… 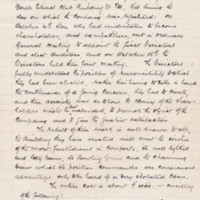 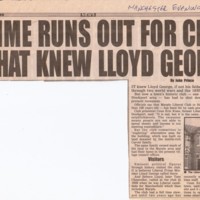 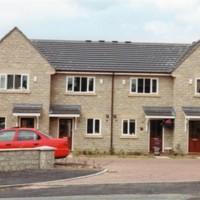 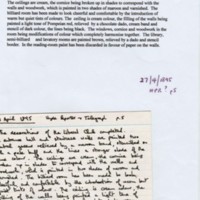 Handwritten white card with details of report from the Hyde Reporter & Telegraph : 27th April 1895 p5. with typed transcript of the decoration of the Liberal Club. 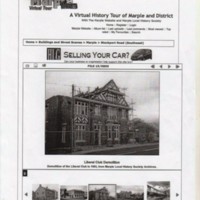 Page printed from the Virtual Tour on Marple Website showing photograph of Liberal Club Demolition in 1993.
Downloaded 2015
View all 13 items