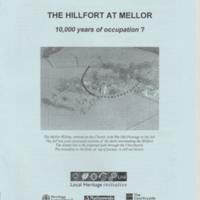 Booklet published by Marple Local History Society on behalf of Mellor Archaeological Trust entitled The Hillfort at Mellor, 10,000 years of Occupation. Giving the history of the dig on Mellor Hilltop Fort with text, drawings and…

Booklet : The Hillfort at Mellor : Update on 2001 Excavations 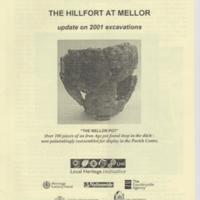 Booklet entitled The Hillfort at Mellor, update on 2001 excavations produced by the Mellor Archaelogical Trust giving information, history of the Hillfort excavations around Mellor Church from 1995 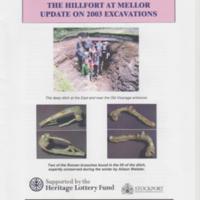 Booklet published by Mellor Archaeological Trust entitled The Hillfort at Mellor : Update on 2003 excavations.
Describing the sixth year of excavations with illustrations and colour photographs of the finds and trenches 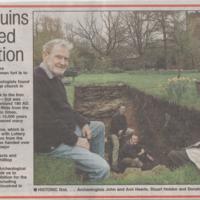 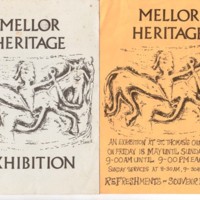 Leaflet giving information on exhibition of the history and heritage of Mellor, with forward from Robin Phillips, Vicar.
Flyer advertising Mellor Heritage Exhibition : 1984. 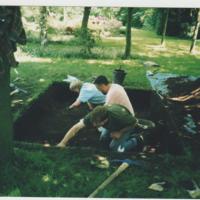 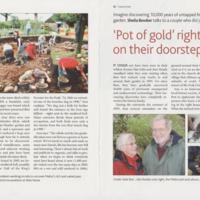 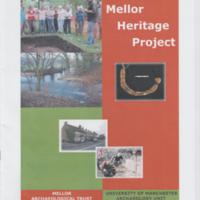 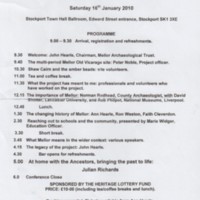 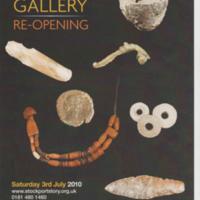 Poster advertising re-opening of the Origins Gallery with an exhibition by the Stockport Museum in 2010, showing artifactes from the Mellor Dig. 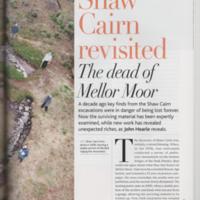 Original copy of the Archaeology Magazine from August 2011 with article on pages 26 - 31 entitled "Shaw Cairn revisited : The dead of Mellor Moor" with details of dig and finds. 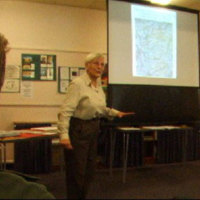 Transcript from cassette held in the archives of Marple Local History Society of Radio 4's "Dig Here" programme from 2003 presented by Mark Whittaker interviewing Ann Hearle and archaeologist at the Mellor Hillfort dig. 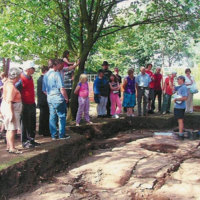 Draft text and illustrations for layout for exhibition for Open Days in 2002.
Information on early Britain, stone age, Romain Britain up to the Industrial Revolution.
Information on the Excavations at Mellor for 3 years. 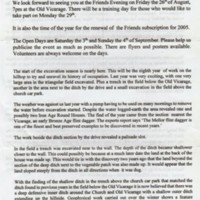 Newsletters from Friends of Mellor Archaeological Trust dated 2004 & 2005 giving information and updates.
Cheshire Local History Society Newsletter from 2007 with an article on the Mellor Heritage Project. 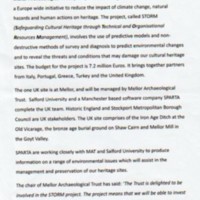 Two typed pages giving explanation on Mellor Archaeological Trust involvement with STORM a Europe wide initiative to reduce the impact of climate change on heritage.
Plus leaflet with details of the worldwide partners involved in this project :… 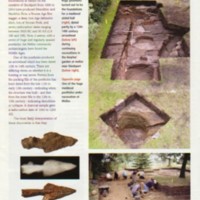 Two page article from Current Archaeology Issue 204, dated July/August 2006 reporting on the excavations at Mellor with photographs of findings and site. 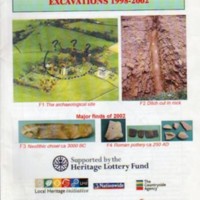 Twenty two page booklet produced by Mellor Archaeological Trust detailing the story of the Mellor Dig from 1998 to 2002 with the history of the site, excavation of the trenches carried out by University of Manchester with photographs, drawings, maps…
View all 17 items