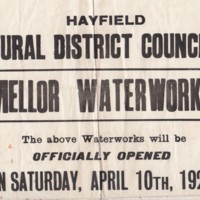 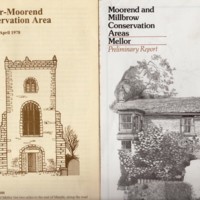 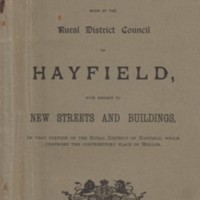 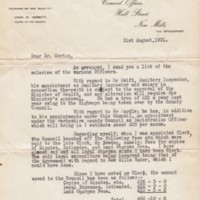 Two page letter from Hayfield Rural District Council signed by R Morton, Chairman of the Council with details of the Salaries of Officer with attached schedule 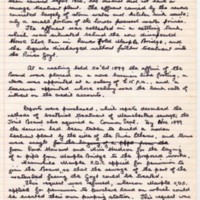 Text for a talk given by A Thelwall on "The Ludworth & Mellor Joint Sewage Board"
Four pages handwritten. No date 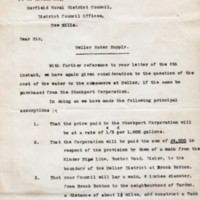 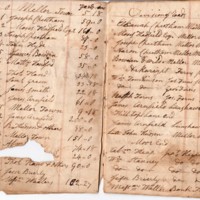 Original blue book (fragment) with list of residents with measurements in yards.
No date 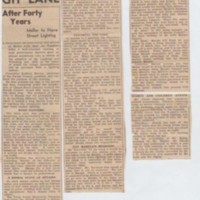 Original newspaper cuttings from The Reporter 1935 "Echoes from the Peak" giving information on the news that Mellor is to have street lighting after forty years of controversy. 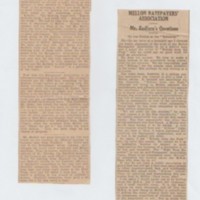 Numerous newspaper cuttings from The Reporter dated 1923 and 1926 reporting on the Mellor Ratepayers Association on telephone numbers and letter to the Editor with complaints on its reporting of the action of this organisation.
View all 9 items