Not filed in alphabetical index due to quantity of material.
Located in Cabinet B : Bottom Drawer 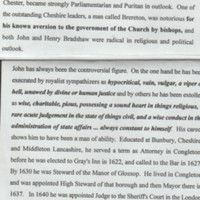 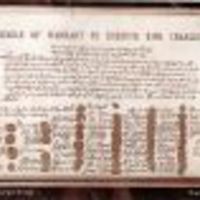 Photocopy of lithograph describing "The Tryal of the Royal Martyr King Charles 1 at Westminster Hall 1648.
Publication from HM Stationery Office 1980 showing original and text of Death Warrant along with and signaturies.
Original / Transcript of… 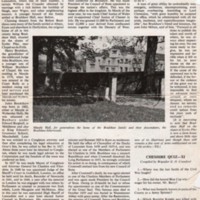 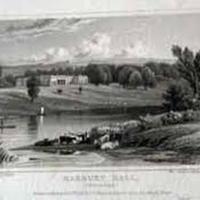 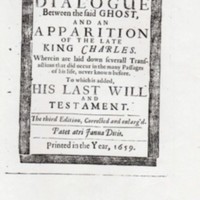 Photocopy of pamphlet printed after John Bradshaws death : "Bradshaws ghost being a dialogue between the said ghost and an apparition of the Late King Charles".
Also added John Bradshaws Last Will and Testament. 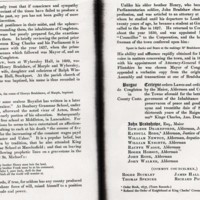 Photocopied extracts from Congleton Past & Present relating to Bradshaws connection in the area. Chapters on his Court, House, Civil War and Cromwell. Date/author unknown. 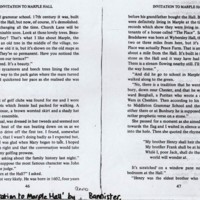 Extract from King Charles lst by Pauline Gregg 1981. Chapter 35 entitled To Vindicate his helpless right, detailing events up to his trial and John Bradshaws involvement. 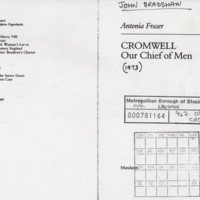 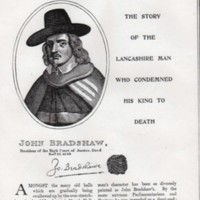 Photocopied article from Lancashire Stories Vol 1, year/author unknown, entitled John Bradshaw, The Regicide, The story of the Lancashire man who condemned his King to death.
Pages 193 -203 with illustrations 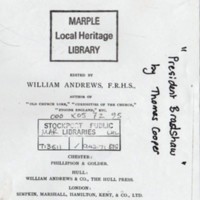 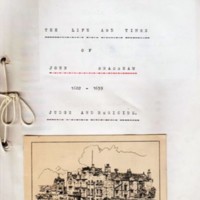 Every day life of a Country Gentleman in the 17 Century : Lord President Bradshaw 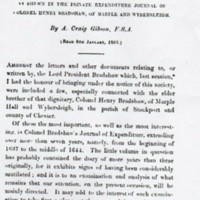 Photocopy of book : Everyday life of a Country Gentleman of Cheshire in the 17th Century : is shewn in the private expenditure of Henry Bradshaw of Marple and Wybersleigh by A Craig Gibson F.S.A. (Read 8th January 1863) 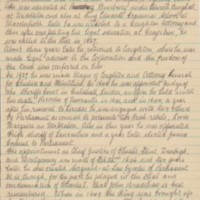