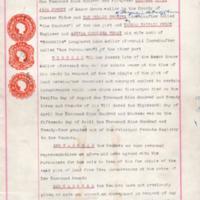 Original copy of Conveyance dated 24th May 1952 relating to Sale of land in Longhurst Lane, Mellor relating to Mellor Sports / Cricket Club.
Map with highlighted area relating to the conveyance 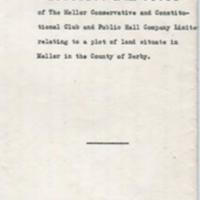 Original Abstract of the Title of The Mellor Conservative & Constitutional Club relating to a plot of land situated in Mellor : 1955 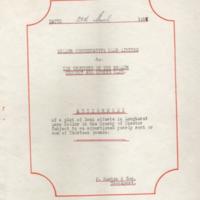 Two original Solicitors folders :
1. Conveyance of a freehold plot of land situate at or near Longhurst Lane Mellor 10th February 1956
2. Assignment between Mellor Conservative Club to The Trustees of the Mellor Cricket and Sports Club 29th March… 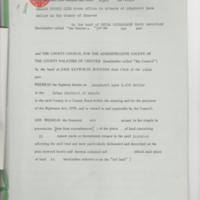 Original copy of Agreement dated 16th January 1968 between Mellor Sports Club and Cheshire County Council for acquisition of 93 square yards for the purpose of road widening £75.00 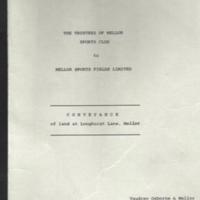 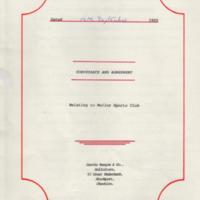 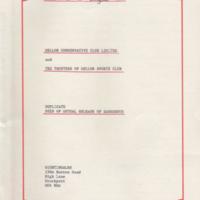 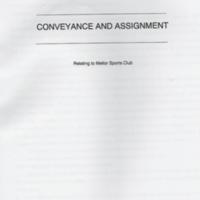 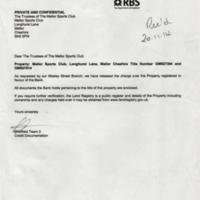 Original letter from Royal Bank of Scotland dated 17th November to The Trustees of the Mellor Sports Club informing them they have released the charge over the property register in favour of the bank. 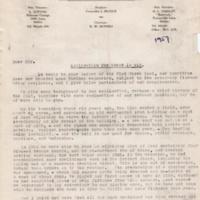 Miscellaneous correspondence from 1952 for Mellor Cricket club including, grant applications, schedules of expenditure and history of club. 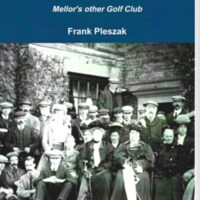