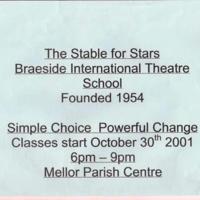 a. Two flyers for Braeside International Theatre School founded in 1954 one advertising classes starting at Mellor Parish Centre 2001 and A Grand Reunion for Strines date unknown.

b. Newspaper cuttings relating to productions by Braeside Theatre… 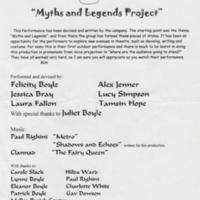 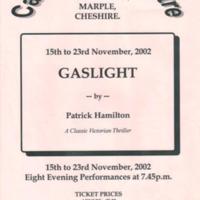 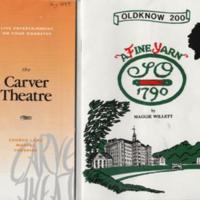 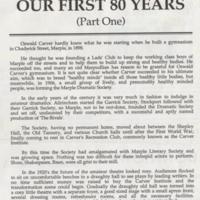 Articles on the history of the Carver Theatre in Four parts entitled "Our First 80 years" from unknown publication.
From Oswald Carvers Gymnasium in 1898.

Newspaper report from The Reporter 8.9.1923 re Gymnasium and the Youth of Marple 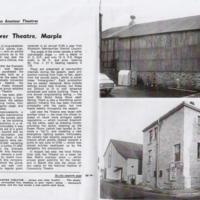 Cutting from Amateur Stage Magazine from July 1976 giving history of the Carver Theatre showing two photographs of the transformation of the outside of the building.
Also blank letterhead from Marple Dramatic & Literary Society. 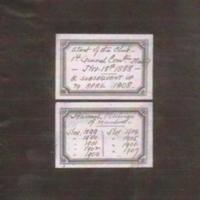 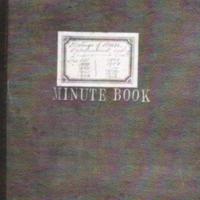 Photocopy of Minute Book : Meetings of House : Entertainment and Improvements Committee for Carver Theatre from 1898 - 1916 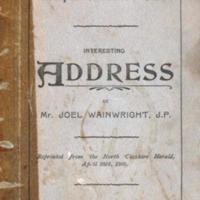 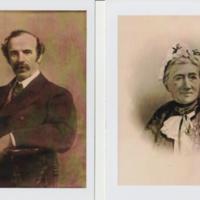 Photographs of two Plaques dated 1901 and 1903 from under the portraits of Mr & Mrs Carver :
1. From the members of Union Rooms Mission, Marple to Mr Thomas Carver J.P Founder & President on his 70th birthday August 16th 1901.
2. To Mrs Thomas… 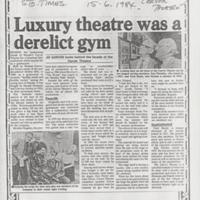 Newspaper / magazine articles relating to Carver Theatre :
a. Headline : "Luxury threatre was a derelict gym" by Jo Garvin from Stockport Times 15.6.1984 who looks behind the facade of the Carver Theatre.
b "£2,500 effort has saved old theatre"… 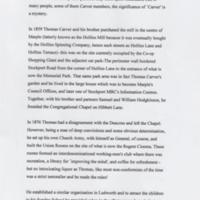 Typed draft script : 26 pages from a talk given by Trevor Jones to the MLHS on the History of Carver Theatre Original copy of the booklet entitled " Carver Theatre Centenary Celebration March 2007".
Souvenir Programme contaning its history, extracts from their archives, schedule of presidents and production from 1906.
Written by Trevor Jones with… 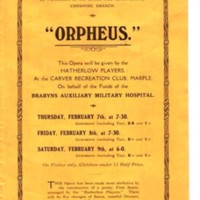 Original flyer promoting production of Opera "Orpheus" by the Hatherlow Players at the Carver Recreation Club, Marple.
On behalf of the Funds for the Brabyns Auxiliary Military Hospital.
By permission of the British Red Cross Society.

Material on Marple Operatic Society from : 1974 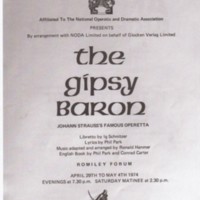 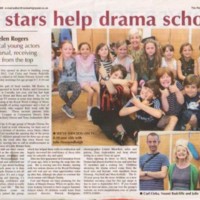 Newspaper cuttings relating to the Marple Drama Group located at All Saints school which started in 2012 with classes for children from 6 - 16.
View all 16 items