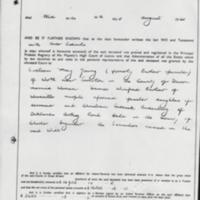 Photocopy of Probate Registry Form registering the death of Mary Barlow of Wooodville, Marple, Widow who died on the 4th August 1941 giving details of her personal representatives and value of estate at death. 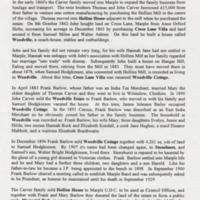 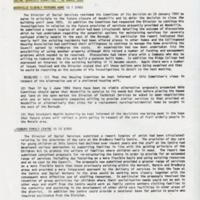 Sale of Residue of Household Appointments : 1942 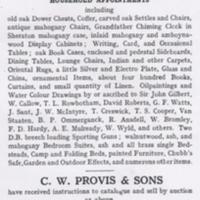 Photocopy of details of Auction for the sale of the residue of household appointments of furniture, paintings garden and outdoor effects to start at 11.00 on the 28th January 1942 by Auctioneers C W Provis & Sons by order of the Exors of the late… 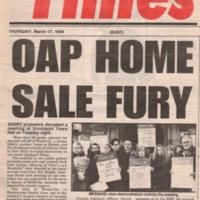 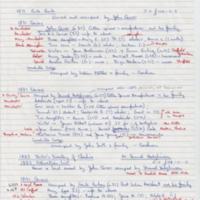 Abstract of Title of The Trustees of Frank Barlow to Woodville : 1942 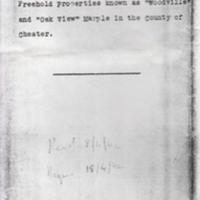 Photocopy of the Abstract of the Title of The Trustees of Frank Barlow deceased to the Freehold Property known as Woodville and Oak View Marple dated 1942..
Eight A3 pages with maps referred to in the document with schedule dating from 1890 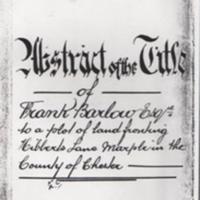 Photocopy of Abstract of the Title of Frank Barlow Esq to a plot of land fronting Hibbert Lane Marple in the County of Cheshire with plan and index showing referred to in the Title. 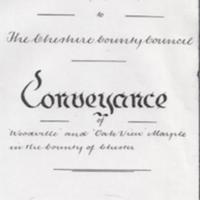 Photocopy of Conveyance of Woodville & Oak View, Marple between Eveleen Mary Young and Others to The Cheshire County Council 2lst May 1942 with maps showing both sites, schedule of legal documents from 1890 to 1930.
Memorandums 1964 : Transfer to… 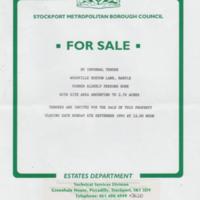 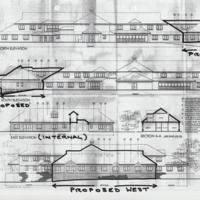 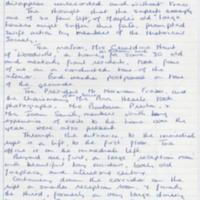 3 Handwritten pages reporting on a visit by members of the Marple Local Historical Society to Woodville, on December 3rd December 1992 by Joan Smith during the campaign to save Elderly Peoples Home, giving description of the interior of the… 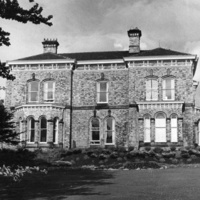 Several photocopies of black and white photographs of Woodville.
All photographs held by MLHS are on The Marple Website Virtual Tour 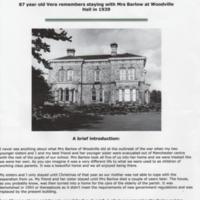 Two account of memories of Woodville Hall :
1. Photocopies of the " Memories of a Wartime Evacuee" downloaded from The Marple Website written by Vera Linihan : 2013.
2. Letter from Judith Mitchell 1996 whose mother was Nanny under Nanny Annie…
View all 14 items