The Bridge Almshouses on Church Lane. 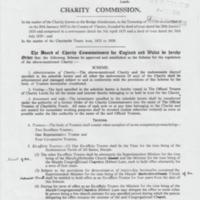 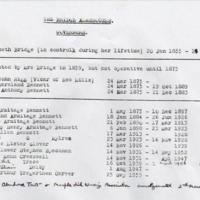 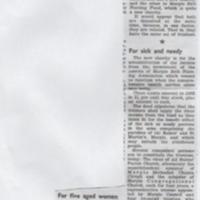 Newspaper article from The Herald Reporter dated 1956 : Scenes from the Ridge : reporting on new Charity and names of trustees. 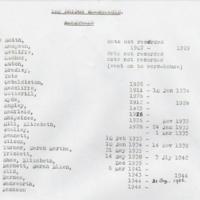 Typed and handwritten list of Residents of Bridge Almshouses on Church Lane, Marple from 1907 - 1944

Receipt for Limewashing The Almshouses 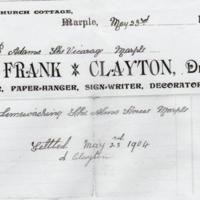 Photocopy of a receipt from Frank Clayton, Painter & Decorator dated May 23rd 1904 for Limewashing The Alms House Marple. 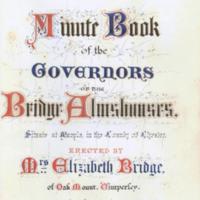 Folder with photocopies of Original Governors’ Minute Book, May 1875 – Sept. 1953
With Photograph of Founder Mrs Elizabeth Bridge.
Notes on erection of almshouses;
Residents Rules
Photographs of Family Grave of John & Elizabeth Warburton at All…

Will of John Warburton Bridge 1847 : Husband of Elizabeth Bridge 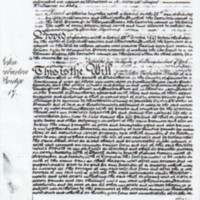 Photocopy of the will of John Warburton Bridge from 1847 with typed transcript.
Elizabeth Bridge as sole benefactor and executrix.
Ellizabeth Bridge was the founder of Bridge Almshouses.