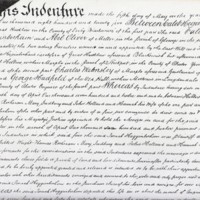 Photocopy of original legal document and transcript of indenture between Caleb Heginbotham & Mr Charles Walmsley.
Attested copy appointment and release of the Hollins Estate in Marple in the County of Chester and merger of a term of 500 years :…

Abstract of Title & Plan for Hollins House/Farm and outbuildings. Information : 1914 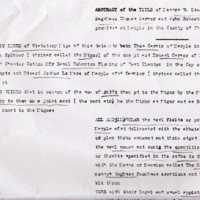 Photocopy of Abstract of Title with associated papers : Plan of Hollins House and buildings and grounds, schedule and abstract of the Title of Messrs Wm Oswald Carver, Ernest Bagshaw, Thomas Carver (mtgor) and John Roberton Carver to freehold…

Continuation Abstract of the Title of The Hollins Mill Co. Ltd and Plans dated 1913. 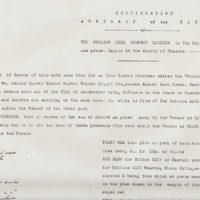 Photocopy of Continuation abstract of the title of The Hollins Mill Co Limited to the Holllin Mill with two plans on A3 paper :
1. Dated 1905 showing Mill, workers cottages,associated buildings and branch canal.
2. Dated 1909 showing The Hollins…

Conveyance of The Hollins and other Marple premises - William Oswald Carver and others to Hollins Co. Ltd Mill 1914 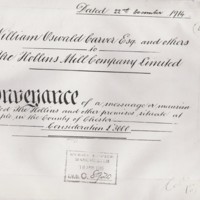 Photocopy of Indenture dated 1914 conveyance of a messuage or mansion called The Hollins with plan of The Hollins and surrounding Land for £300 consideration. 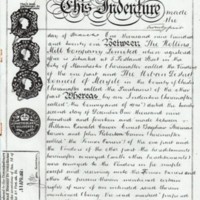 Photocopies of Indenture for sale of land shown on Plan attached showing area edge in red in front of Hollins House to Canal from The Hollins Mill Company Limited to Marple Urban District Council. dated 1921. 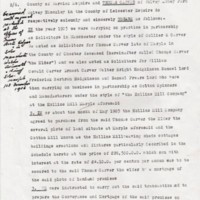 Photocopy of 7 page Declaration signed by A Collier & T Carver dated 1918 with regard to the purchase of land from Thomas Carver in 1905.
Declared before Commissioner for Oaths. 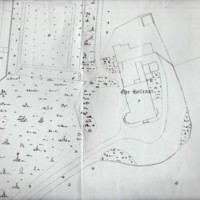 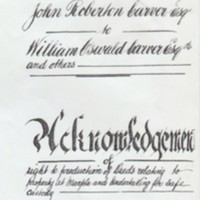 Photocopy of Acknowledgement of right to production of Deeds relating to property at Marple and undertaking for safe custody from John Robertson Carver to William Oswald Carver and others. Dated 26th November 1912.
Schedule of document dating from… 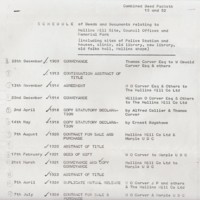 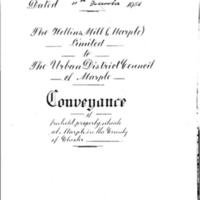 Photocopy of Conveyance dated 11th December 1956 between The Hollins Mill (Marple) Limited and the Urban District Council of Marple for sale of Hollins Mill site as show on attached plan. 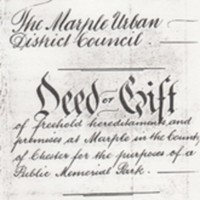 Indenture between W O Carver and others & M.U.D.C relating to the "Conveyance of 1914" for the Freehold messuage known as "Hollins House" with plan of area.
View all 11 items