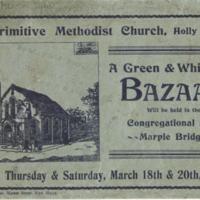 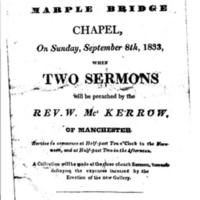 Photocopy of advertising poster for Marple Bridge Chapel on Sunday 8th September 1833 when a Selection of Hymns will be sung and two sermons.

Photograph of Keys and Trowel for Ceremonial opening 1875. 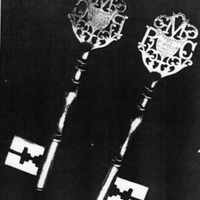 Two photographs
1. Key inscribed "Presented to Mrs Mckellan on unlocking the door of" on one side and " Hollywood Primitive Methodist Church" on the other.
2. Trowel inscribed " Presented to Miss Moult on the laying of the foundation stone of… 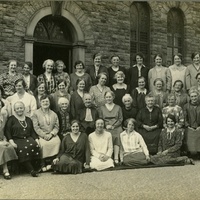 Black & White photograph of ladies of the Jubilee Church, Compstall with a handwritten schedule of names.
Undated 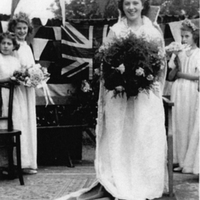 Original article and photocopy from Reporter in 1948 giving information of the Crowing of Jubilee Methodist Rose Queen. 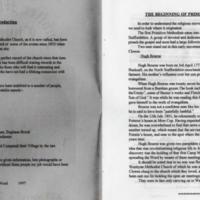 Photocopy of 15 page Booklet written by Miriam Wood dated 1997 with chapters on the beginnings of Primitive Methodism in general and in Marple, the buildings with photographs and looking into the future.

Appointment and release of land for Chapel & Schoolroom dated 1845. 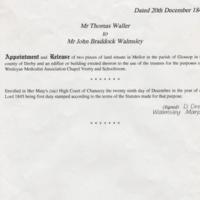 Two photocopies of an Indenture for an Appointment and release dated 26th December 1845 between Thomas Waller to Mr John Braddock Walmsley for two pieces of land situated in Mellor for the purpose of a Wesleyan Chapel Vestry and Schoolroom. 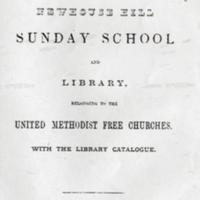 Photocopy of the Rules for the Newhouse Hill Sunday School and Library belonging to the United Methodist Free Churches. School commenced in the year 1817 with library catalogue.

Document re Samuell Hardman of Ludworth 1716 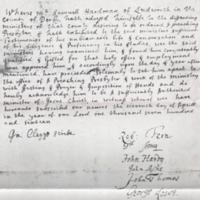 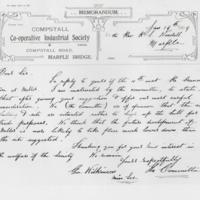 Correspondence dated 1909 regarding the disposal of Primitive Methodist Chapel.
Handwritten list giving details of Abstract of Titles for Mellor Chapel from 1827 - 1909 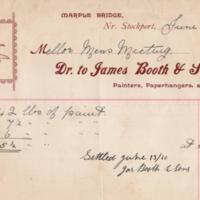 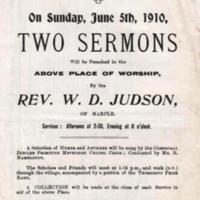 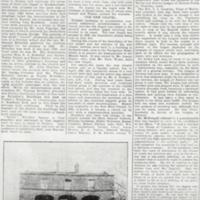 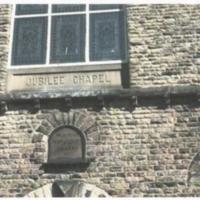 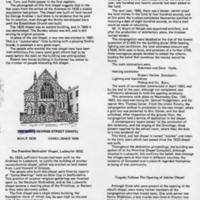 Photocopy of extract from "The Andrews and their Mill" with information on the Nonconformity at Compstall. 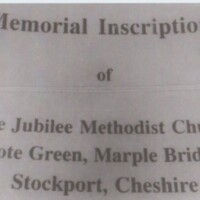