Health & Hospitals in Marple and District.

Also see A4 Folder in Cabinet 5 which is to large for general index. 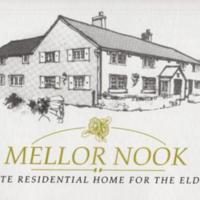 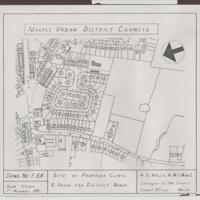 Misc. Newspaper Cuttings re Health Provision in Marple from 1956 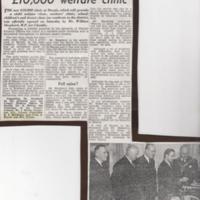 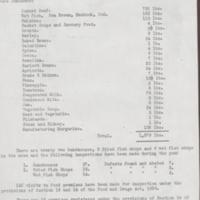 Information on display card relating to Medical Officer of Health and condemned food after inspections. undated
Two newspaper cuttings from 1970 on the retirement of Health Inspector Mr Frederick Shacklock after 26 years.
Sewage and sewage disposal… 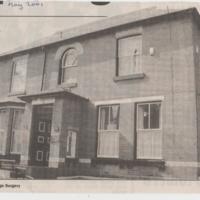 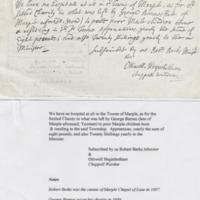 Photocopy of handwritten statement with notes from Cheshire Records Office stating :
"We have no hospital at all in the Towne of Marple as for the Settled Charity in what was left by George Barnes(late of Marple aforesaid, Yoeman) to the poor Marple… 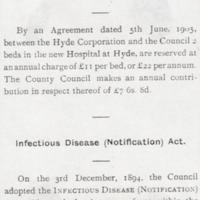 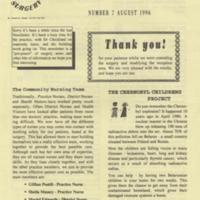 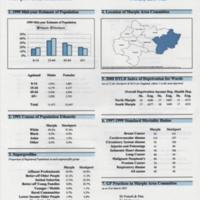 Sewerage and Health Services from 1961 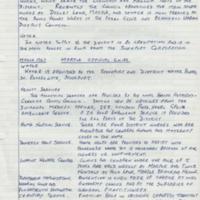 Handwritten notes from Marple Guides with information on the services covering Sewage disposal, water and hospitals.
1961, 1967, 1969 and 1984.
Author unknown. 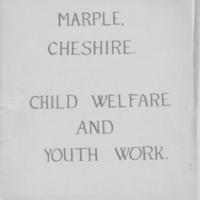 School project for Health Education by K M Taylor dated 1949 using handwritten text, photographs, advisory leaflets to illustrate the development of the provision for the Welfare of the Children of Marple. 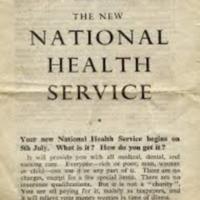 History of Health Provision in Marple 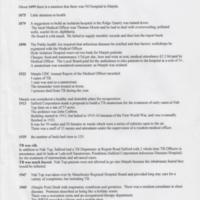 Summary of information in the form of a two page typed schedule giving timetable on the Health Provisions in Marple from 1875 when little attention to health up to 1965. Information taken from newspaper cuttings collated by Judith Wilshaw 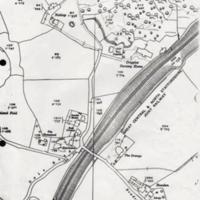 A4 photocopy of a 1922 map showing the location of Nabtop and the Cripples Nursing Home. 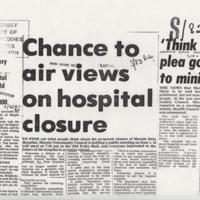 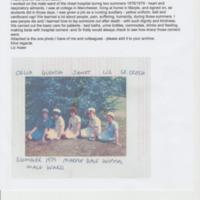 Colour photograph of nurses from the Male Ward of the Nab Top Chest Hospital dated 1979.
Given by Liz Asser with brief reminisces of working at Nab Top. 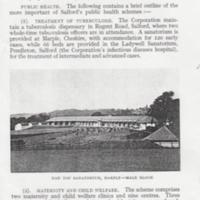 Photocopies of black & white photographs of Nab Top Sanatorium showing Male block and general aspect, with general history relating to the treatment of TB on card.
Page 209 of B.M.A. on Public Health 1929 paragraph giving information on the…

Health : Extract from History of Marple 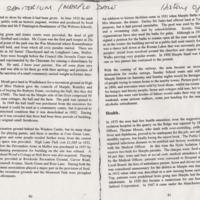 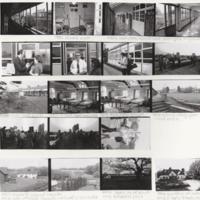 Photocopies of 41 black and white thumbnails photographs showing the condition of The Dale Hospital during threatening closure and the demonstrations held.
On card. Photographs taken by J Wilshaw 2013 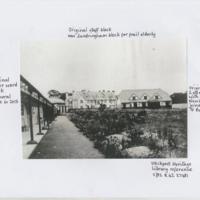 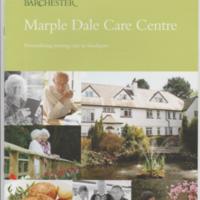 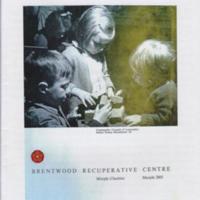 Booklet produced by the Brentwood Recuperative Centre giving history of the centre from 1934 to closure in 1970.
Also contains the daily routine & timetable for the mothers and children along with Case Histories. 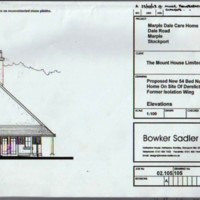