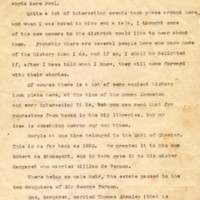 Typed 13 paged transcript of a talk given by Mrs Percy Woodhead on Marple/Mellor from 1200 on the development of Marple, families and industry. Undated

Mellor Church as it was 80 Years ago : Alice Taylor 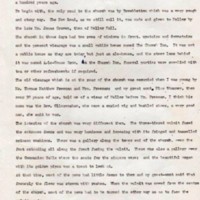 Eight pages of typed recollections of the late Mrs Alice Taylor of Gibb Lane, Mellor under the title of "Mellor Church as it was 80 Years ago" "Old Resident's Recollections."
Descriptions of Vicarage, Services and School 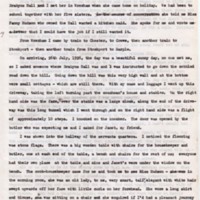 Original handwritten memories with transcript of Betty Johnson now Mrs Higginbottom who was in service at Brabyns Hall from 1926 , with memories of interior and staff. 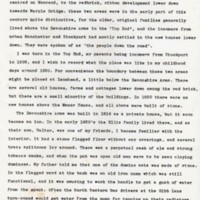 Eighteen typed pages with memories of living in Mellor by Tom Oldham giving history, information on locations, shops and people around the 1920's 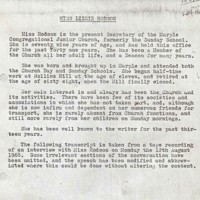 Typed interview with Miss Lizzy Hodson in the form of question and answer style recorded 1969.
Miss Hodson was the Secretary of the Marple Congregational Junior Church formerly the Sunday School she was 79 at time of recording. Born in Marple and… 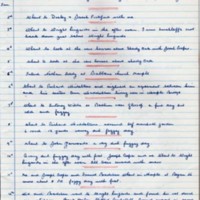 "I remember when.... " extract from Parish Magazine 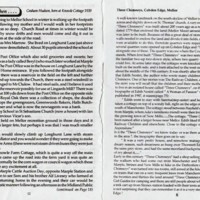 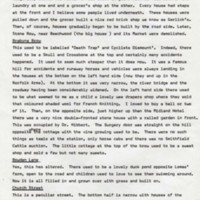 Draft of Book " A Choirboy's Story" by Ernest Washington 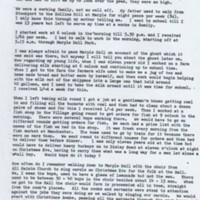 Nineteen page typed draft titled "A Choirboys Story" Marple : My Life & Times There, by Ernest Washington who was born in Chadwick Street, Marple in 1882 giving memories of church, schools and homelife.

Shooting Journal of W Watkin from 1932 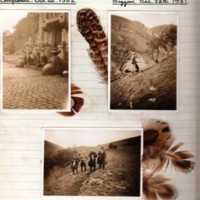 Hardback journal handwritten notes on shooting outings in the local area by Mr W Watkin which was started in 1932. Containing photographs of his guns, outside Compstall Hall and at Biggin.
Photocopy of newspaper obituary dated 1936 recording his…
View all 10 items