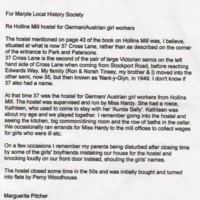 Single page typed documents from Marguerite Pitcher of Marple giving information of her house in 1949, 35 Cross Lane which was known as Nan-y-Glyn. Number 37 Cross Lane was a hostel for German/Austrian girl workers from Hollins Mill. 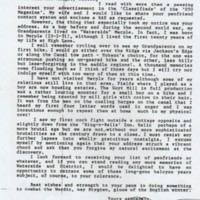 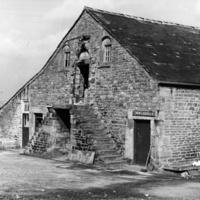 Article from the Stockport Advertiser 1979 by Margaret Hughes entitled " When farm hayloft became a school" giving an account of when in 1831 Chapel House Farm loft was converted to first national school in Marple. 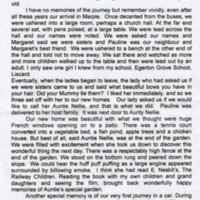 Three typed pages titled "Marple Memories" from Jean Walmsley (nee McGraa) who was an evacuee to Marple when seven years old during the blitz on Manchester.

Letter from Jim Berry to A Hulme : 1965 : Memories of Marple 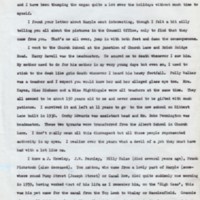 Four pages of typed memories by Jim Berry taken from a letter to Arthur Hulme in 1965.
Recollections and memories of school and work in Marple 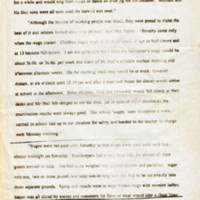 The Hibberts of Marple Bridge : The Reporter 1925 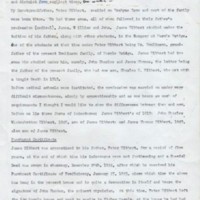 Memories of Mellor Mill : A Scholfield 1889 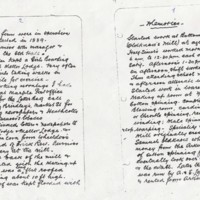 Photocopies of A Scholfiels's handwritten memoirs from 1889 when he started work at Bottoms Mill at age 11.
Letter from University of Manchester who send copies to Ann Hearle in 1993

Go to Hyperlink below for article from MLHS website relating… 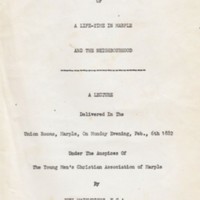 Thirty one page text for a lecture given by Joel Wainwright in the Union Rooms, Marple 1882.
History of Marple within national events, Samuel Oldknows involvement with church, road, mills and other local worthies. Ridgway : includes family tree from 1550 & transcripts of wills.
Hartle : Correspondence from Canada with…
View all 10 items