Properties in Marple and District. 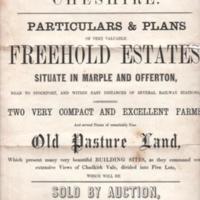 Original document with Plans ad Particulars of 5 lots of valuable freehold estates in Marple & Offerton near to Stockport advertised to be sold by Auction by Messrs Churton & Elphick at the Warren Bulkerley Arms Inn, Stockport on Friday 25th… 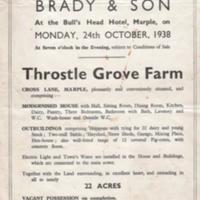 Original copy of Sales details with map of sale by auction by Messrs Brady & Son to be held on 24th October 1938 at Bulls Head Hotel, Marple for Throstle Grove Farm.
Sale includes House, outbuildings and 22 acres.

Sale of Farm/Estate & Valuable timber in Marple in 1823 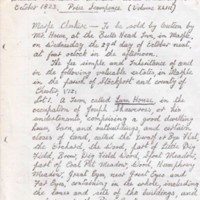 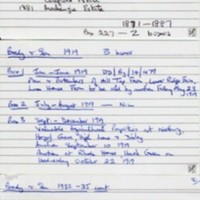 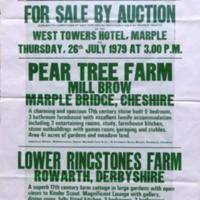 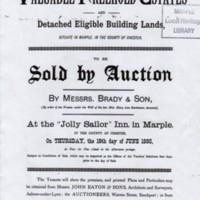 Photocopy of Sales details for auction to be held by Messrs Brady & Sons at the Jolly Sailor on the 18th June 1885 with map and descriptions of lots
Lots include wood or plantations, property called Bowden House and Land belonging to the Trustees of… 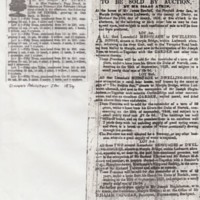 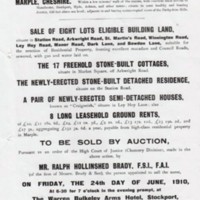 Photocopied documents from the High Court of Justice in the Matter of the Estate of Enoch Tempest and lots to be sold by auction by Mr Ralph Hollinshed Brady on the 24th June 1910 at the Warren Bulkeley Arms, Stockport.
27 lots relating to land…

Auction of Freehold Estates in Mellor and Marple : 1867 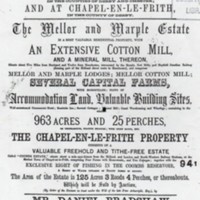 Photocopies of particulars for the Freehold Estates situated at Mellor and Marple consisting of 17 lots including Mellor Mill and Mineral Mill, Old Hall, Mellor Lodge, several capital farms, and properties around Marple. Total : 963 acres and 25… Photocopy and handwritten card with giving information from Stockport Advertiser 26th June 1885 with details of Auction to be held at the Jolly Sailor Inn : Freehold buildings and land situated in Marple.
Photocopy of Plan of Land at Marple showing…

Application for a Replacement Dwelling : The Chalet : 2007 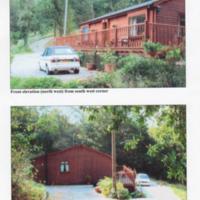 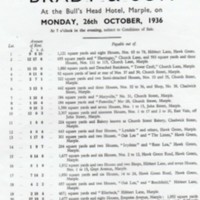 Photocopy of notice of auction of Valuable Chief & Ground Rents by Brady & Sons at the Bulls Head Hotel, Marple on 26th October 1936 for various properties around Marple on behalf of the Trustees of Sarah Johnson dec.
Also letter from Brady & Sons… 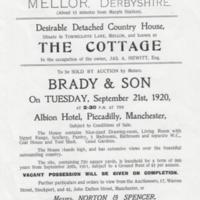 Notice for auction to be held by Brady & Son at Albion Hotel, Picadilly, Manchester on the 2lst September 1920 for vacant possession of a detached country house, The Cottage, in occupation of the owner Mr Jas. A. Hewitt 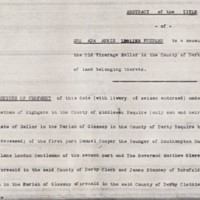 Photocopy of 20 page typed abstract of title of Mrs A. A. L. Freeman to the messuage known as the Old Vicarage, Mellor. 1784 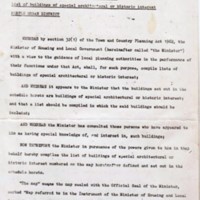 Nine paged photocopy of a document produced by M.U.D.C under the Town & Country Planning Act 1962 giving list of buildigs of special architectural or historic interest.
Also 5 page giving suggestions of the buildings that should be considered… 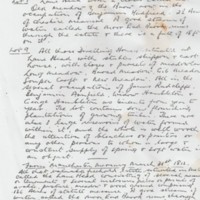 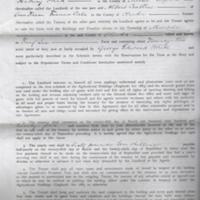 Original Agreement for tenancy of Turf Lea Farm between Mellor & Allen as Agents for Walter Argylle Brocklehurst of Henbury Park and Herbert Crabtree of Carr Farm , Furness Vale for yearly rental of £60.10s.0d 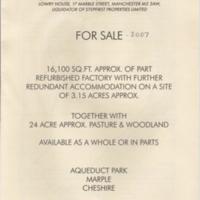 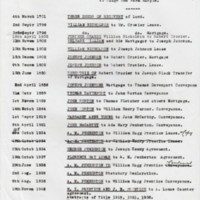 Photocopy of two paged typed schedule of deeds and documents relating to Ridge End Farm, Marple. Dates from 1701 to 1948 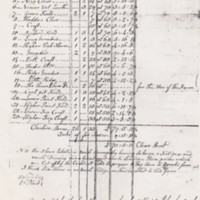 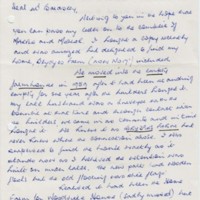 1. Letter from Gladys Martin 1998 giving memories and details of Brydges Farm where she lived in 1959.
2. Handwritten notes of Heyfield House, Station Road on left, past Springfield with high hedge built about 1806 on Heyfield. 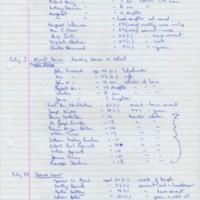 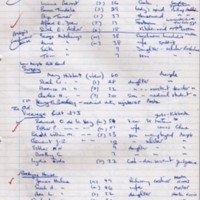 Five punched pockets containing handwritten research notes from Census Records, 1861, 1871, 1881 and 1891 along with miscellaneous directories, relating to properties in the Marple Area.
Compiled by Audrey Featherstone. 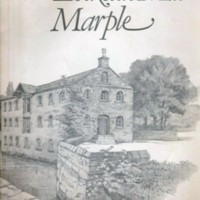 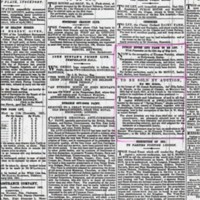