Railways of Marple and District.

Series of folders containing items relating to Railways of Marple and District. 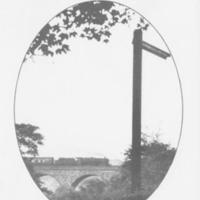 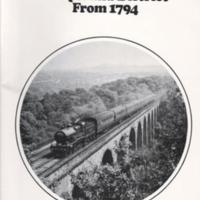 Signed booklet by Warwick R Burton tracking the history of railways from earliest 1794 to 1980.
Twelve chapters with photographs and text showing development and future prospects of Marple & Districts railway system.

Timetable of the Midland Railway : 1903 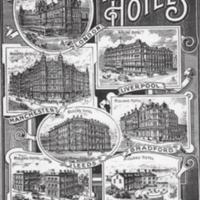 Photocopy of pages 81 - 92 from the Midland Railway Timetable for July, August and September 1903 covering the Marple area also with Special notices of the Isle of Man daily sailing timetable.

Timetable for the Great Central Railway 1903 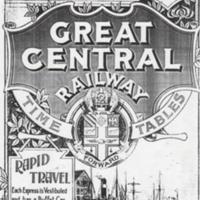 Photocopy of selected pages from the Great Central Railway timetable for July, August & September 1903 for the Marple area also information on cab fare to and from London Road and Central Stations in Manchester 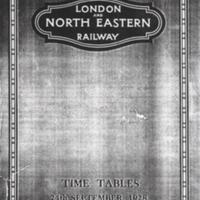 Photocopy of pages 276 - 270 of the North Eastern Railway timetable for September 1928 for Manchester, Reddish, Woodley, Stockport, Macclesfield & Hayfield including Marple 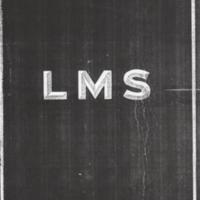 Photocopy of selected pages from the Timetable for LMS Railway for September 1926 covering the Marple area also including map of the Lake District & Lancashire are including LMS lines and other railways including steamer routes. 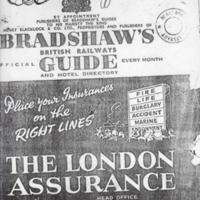 Photocopy of an extract from Bradshaw's British Railways Guide and Hotel Directory for lst to 26th Sepember 1948, containing timetable information for trains covering the London/Midlands Region including Marple and surround areas 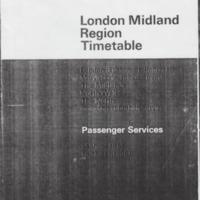 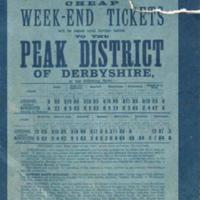 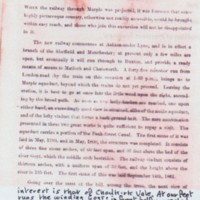 Photocopy of original extract and typed transcript from the Manchester Field Naturalist's Society Magazine dated 1863.
Leo H Grindon, Honarary Secretary giving an account of an excursion taken on the 9th May 1863 by railway. 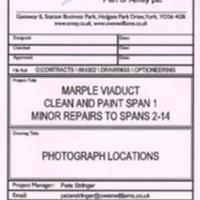 Original master Project drawings / optioneering with location details and photographic information for a clean, painting and minor repairs project to be carried out between spans 2 - 14 on Marple Viaduct.
Undated possibly 2000' s

"Marple A One Time Traffic Centre" article by W Burton : 1994 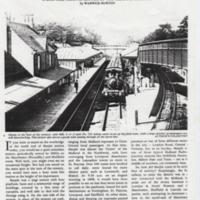 Photocopy of an article from British Railway Journal, Autumn 1994 entitled "Marple a One-time Traffic Centre of the Midland Railway" by Warwick Burton giving history with text and photographs along with hand drawn plans of Marple Station c1900 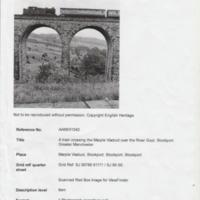 Single page downloaded from English Heritage Archives website in 2013 showing a photograph with text and description of a train crossing the Marple Viaduct of the River Goyt, Stockport.

Go to Hyperlink below for article from MLHS website relating… 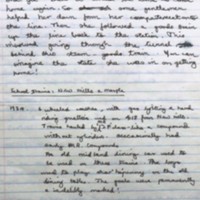 Photocopies of hand written reminiscences :
Mrs Taylor of Ridge Road, Marple c. 1910
School Trains of the 1934
Water Columns / goods shed / turntables and the architecture of the station with drawings reminiscences mainly of the 1920's and 30'3 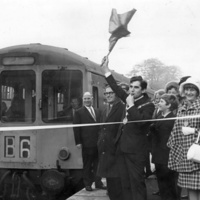 Newspaper and Magazine articles on Marple Railway Station :
1. Todays Railways UK 2011 : News article on difficult access for passengers at Marple Station.
2. The Review 2009 : "A Rail Bridge Too Far for Paul" by Avril Marsh discussing with Paul… 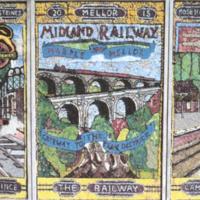 Photocopy of photographs taken on the Marple Station Platform of Art Work as Well Dressing pictures depicting 150 years celebration and The Railway Children.
Completed by the pupils of St Mary's School 2015 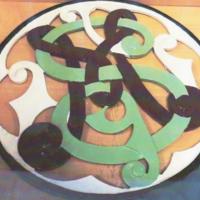 Photocopy of photograph of the roundel from Marple Station Canopy depicting the M & S initials of the Manchester & Sheffield Railway.
The Society Archive also hold an original cast iron roundel as in the photograph which is painted red. 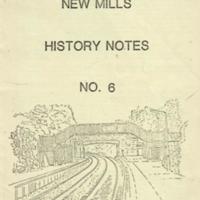 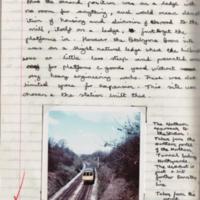 Handwritten school text book belonging to Warwick R Burton for his Design Course 1971 -1972 with the title "All Change at Marple!"
History of Marple Station and railways given in text, drawings and photographs. 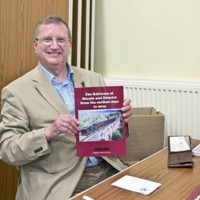 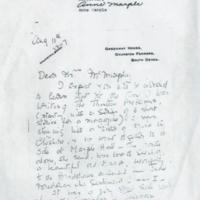 Email correspondence regarding Agatha Christie's connection with Marple, containing a copy of a letter addressed to Mrs McMurphy from Agatha Christie in 1968 replying to her enquiry on how she came to use the name "Marple".
Part of the typed… 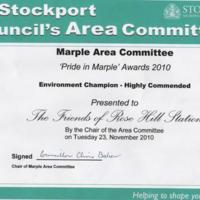 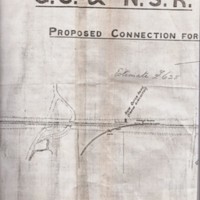 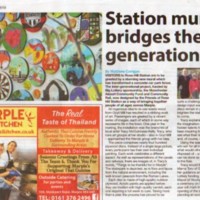 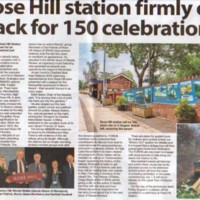