Will & Inventory of William Sydbotham of Marple : 1609 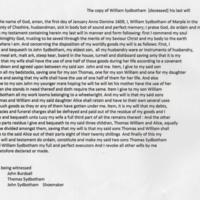 Photocopies of original will and inventory of William Sydbotham of Marple dated 1609 with transcript.
Email correspondence from an ancestor of the Sydbotham family requesting records available : 2017.
Photocopy of grave details of the Sydebotham (… 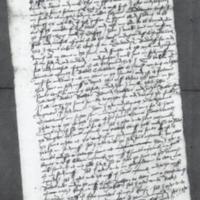 Photocopies of original will and inventory of Robert Stafford 1572-3 of Mellor with transcript. 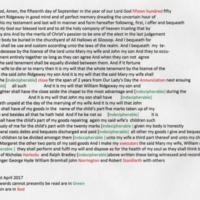 Photocopies of original will and inventory for Robert Ridgway dated 1557 with transcript. 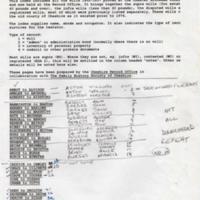 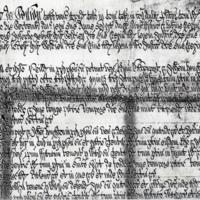 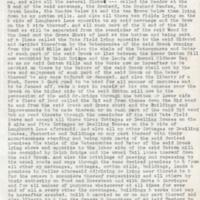 Typed pages with information and details of legal documents wills held at Lichfield Records Office and extracts from old deeds of Lower Hall Mellor relating to wills, indentures in the Marple and Mellor area 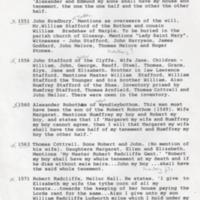 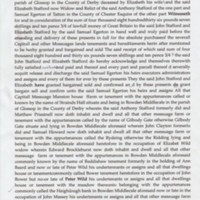 Typed 2 page transcript of the indenture between J & E Stafford and Samuel Egerton for parcels of land call the Birchinhough & Cobshurst dated 1747.
Single page with notes made in the margins, memo on the back 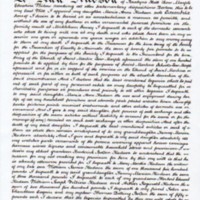 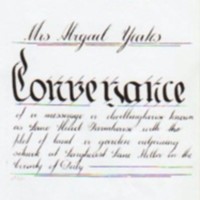 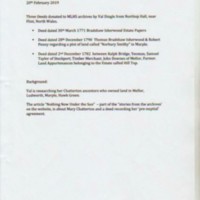 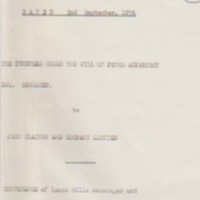 Copy Conveyance of lands and mills situated at Marple dated 2nd September 1876 between the Trustees under the will of Perter Arkwright Esq deceased to John Clayton & Company Limited.
Two photocopies on A3 paper showing map of land mentioned in the…

Transcriptions of 5 Indentures from The Arundel Papers re: Township of Mellor 1680-1764 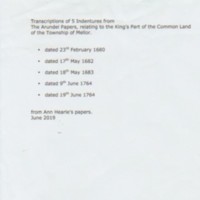 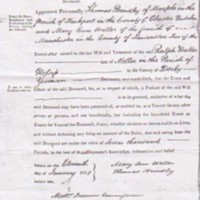 Court of Common Pleas re. Manor of Mellor 1760 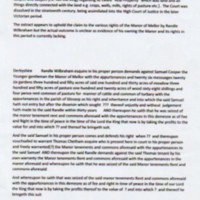 Two typed pages of a transcription from the Plea Rolls of the Court of Common Pleas, held in the National Archives (Ref: CP 43/711) relating to the Manor of Mellor 1760.
The extract appears to uphold the claim to various rights of the Manor of…
View all 15 items