Series of Folders containing items relating to Memories of Marple and surroundings. 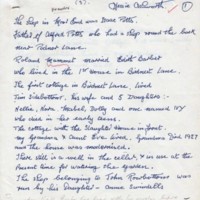 Single page of handwritten memories by Jessie Ashworth on the inhabitants of Moor End.
Typed transcript. 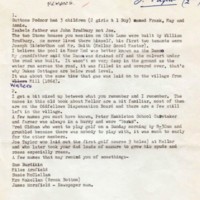 Single typed page of memories of Moor End and Gibb Lane from J Taylor on the residents and places he remembers.
Typed transcript 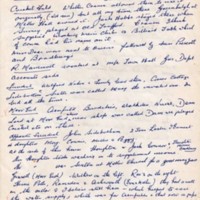 Single page of handwritten memories (on both sides) from Rupert Hughes of inhabitants of Moor End when he was growing up.
Typed transcript.

The Potts Family by Tom Oldham from Kathleen Potts Letter 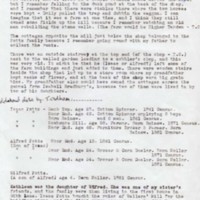 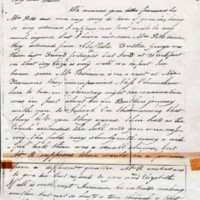 Photocopy of letter from N Wilde at Mellor on 14th October 1826 to her "sister" .
Donated by her great granddaughter Emma Wilde.
Typed Transcript 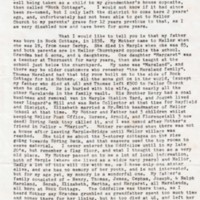 Two page typed letter to Mr & Mrs Marsden the landlords of the Oddfellow Arms, Mellor from Marion Woods (nee Marsland) 1978 with memories of her grandmother who lived in Rock Cottage and her family connection to Mellor.
Typed transcript.

Memories of Marple Bridge in 1920's from Bill Hughes 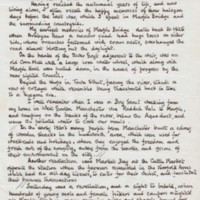 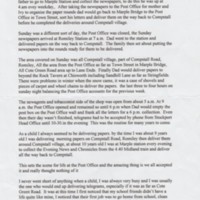 Three page typed memories of Compstall during the 1930's & 40's, from Brian Kay whose family lived at Compstall Post office, including photo of Brain and parents. 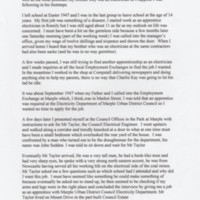 Eight pages of text with photographs on card in display pocket binder created by Brian Kay 2004.
Reminiscences of people and work at the Marple Council Electricity Department during the late 1940's. 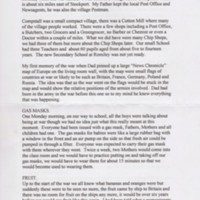 Six pages of typed text entitled "Memories of Life in our Village during the War" with supporting maps and colour photographs on card produced by Brian Kay 2004. with memories of WW1 in 2001.
Held by blue paper gripper. 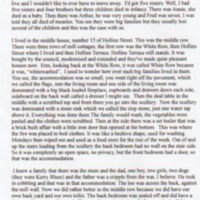 13 page transcript of interview with Peggy Gould-Martin by Gordon Mills with her early memories of Marple in the 1920's and 1930's.
Betty was born in 1922 and lived all her life in Marple.
Typed 2018 from audio tape recorded in 2006 from Bill… 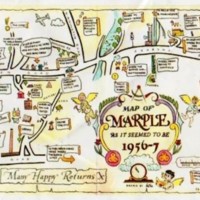 A4 tinted hand drawn cartoon novelty street map "Drawn by Mike" highlighting the center of Marple with decorative lozenge stating "Map of Marple as it seemed to be 1956 - 67" with properties of friends and relatives highlighted with scrolls.
Mike… 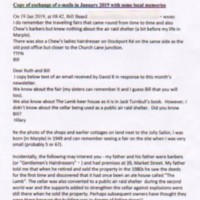 Email correspondence received in 2019 from Marple Resident after photographs on MLHS Newsletter showing cottages at the Jolly Sailor.
Memories of her family's hairdressing premises, her families house on Market Street where the cellar was…
View all 13 items