The Iron Bridge in Brabyns Park. 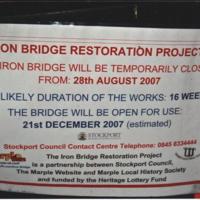 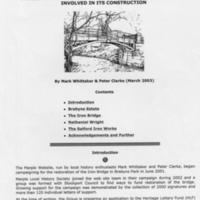 Eight page on line version of a Booklet produced to prepare for submission with application for an HLF Project Planning Grant giving brief history of park and iron bridge and people involved in its construction.

Correspondence re Complaint about Restoration 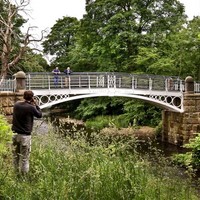 2 Photocopied documents from correspondence between Mark Whittaker and "Axel" after a complaint regarding the Restoration of the Iron Bridge. 2008 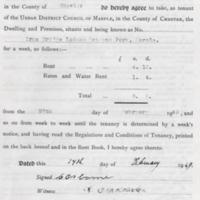 Photocopy of Agreement for Tenancy between Charles Osborne and Marple UDC for Tenancy of Iron Bridge Lodge dated 1949.
With regulations and conditions of tenancy on reverse.
View all 4 items