Brabyns Hall and the people who lived there. 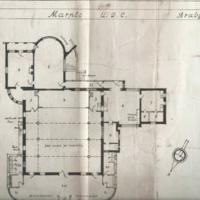 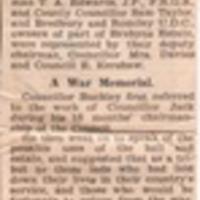 Original and photocopy of newspaper report from The Reporter dated 29th March 1945 on the opening of Brabyns Hall to the public after purchase from Hudson family by Marple Urban District Council .
95 Acres of park, woods and gardens 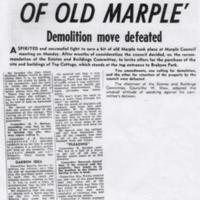 Newspaper article entitled "Fight to save Bit of Old Marple" from 10th October 1964 regarding council meeting to discuss future of Brabyns Estate, sale of cottages, and future demolition of Hall. 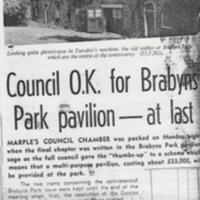 Newspaper article from July 16th (no year) reporting on Marple Council giving go ahead for scheme for a multi-purpose pavilion costing £33,000.
1971: Reprieve for Pavilion.
1974 : Lighting for Pavilion.
1980 : Rejection of camping proposals in…

Schedule of Ownership of Brabyn Estate 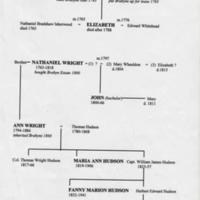 Two typed pages giving a brief history of ownership and families of Brabyns Estate from 1741 when Henry Brabin marred Elizabeth Low through to death of Fanny Marion Hudson in 1941.
Also timeline of the Lowe family from 1667 to Miss Hudson and the… 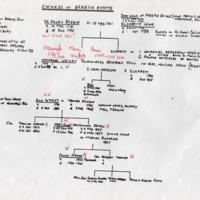 Handwritten family tree going from the Lowes to the Hudsons and the past owners of Brabyns Estate with additional information.
Also email confirmation that Ann Hudson's brother was Herbert Edward Hudson : 2013 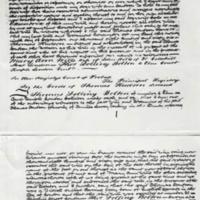 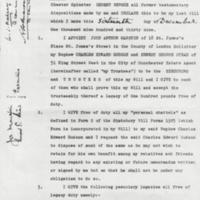 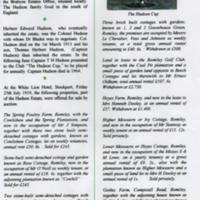 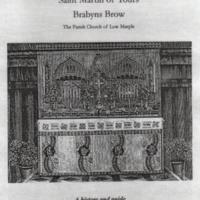 Abstract of the Title : Captain R A Arkwright to Brabyns Estate 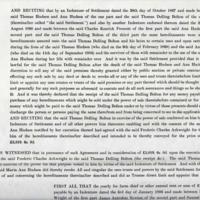 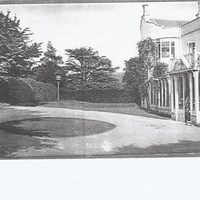 Correspondence with Surrey Council Council with regard to the property Camilla Lacy (now demolished) which was owned by the Hudsons from 1816.
3 Black and white phototcopy photographs with information cards dated 1907 from Surrey Council 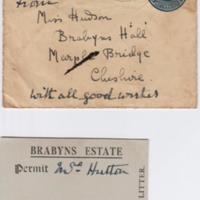 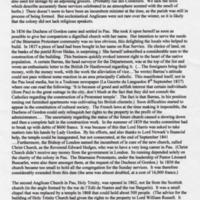 Photocopies of description and history of Anglican Churches in Pau along with street map of Pau in French with English translation,
Thomas and Ann Hudson residence before Brabyns.
Image is sketch by Maria Hudson of the Chateau of Pau 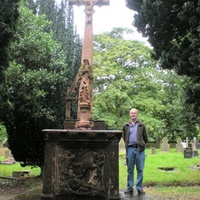 E mail correspondence from 2009 with research material & photographs of the Hudsons received from Mark Hudson a descendant of Hudsons.
Detailed information on the photographs that were sent to MLHS. 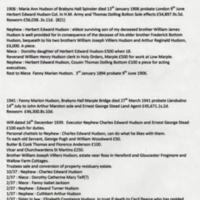 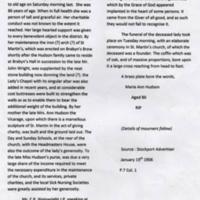 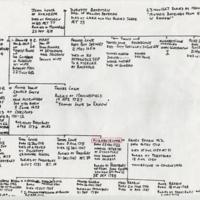 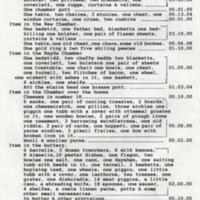 Photocopy of original inventory and transcript of all the goods, chattles and debts of Thomas Lowe late of Marple in the County of Cheshire, taken 22nd April 1671.
Original documents held at Cheshire Records Office. 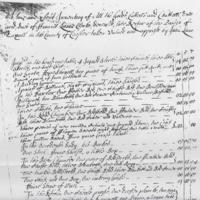 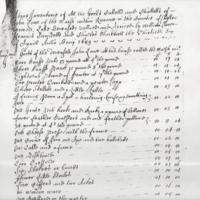 Photocopy of original will and testament with inventory of John Lowe 1689.
Originals held at Cheshire Records Office. 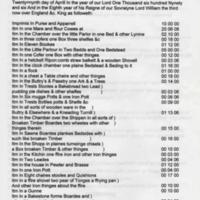 Photocopy of original will and inventory of James Lowe of Marple 1695. Typed transcript of both.
Originals held at Cheshire Records Office 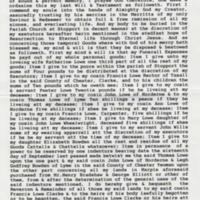 Photocopy of original will of Thomas Lowe of Marple will dated 1667 with type transcript.
Original held at the Cheshire Records Office.

Notes on Brabins, Lowes families from 1661 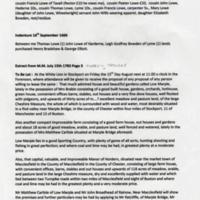 Two typed pages with information from various sources regarding the Brabins, Lowes families from 1661
View all 69 items