Ephemera relating to Marple and District.

Folder 2 containing items of Ephemera relating to Marple and District. 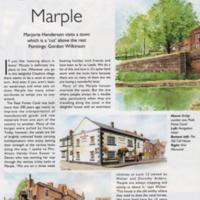 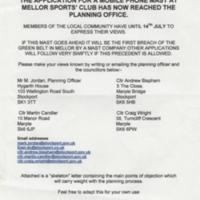 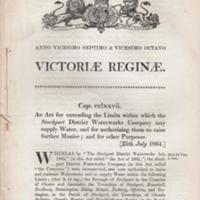 Three original documents recording an Act for extending the Limits within which the Stockport District Waterworks Company may supply water, and for authorizing them to raise further Monies : and for other Purposes. 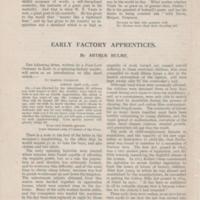 Two Extracts from the Millgate Monthly written by Arthur Hulme entitled
"An Early Business Letter by Robert Owens" A memorable interview recalled.
" Early Factory Apprentices"
Both referring to Samuel Oldknow and his mill 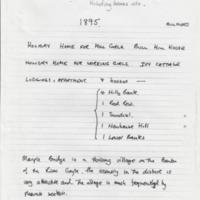 Handwritten research and information from 1895 (Bulmers) on the Holiday homes in the Mellor Area. Holiday homes at The Bull House, Ivy Cottages and Lodgings and apartments in area. 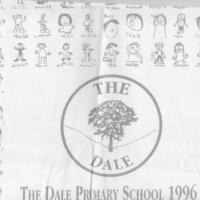 Linen Tea Towel from the Dale Primary School dated 1996 with self portraits drawings of the children and teachers attending school. 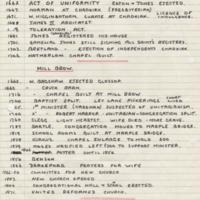 Booklet : "Hey Dad, Did You Know - There's A Marple In America" : Angela Hurley 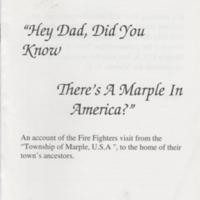 Booklet written by Angela Hurley entitled " Hey Dad, did you know there's a Marple In America ?" giving an account of the Fire Fighters visit from the "Township of Marple, USA" to the home of their town's ancestors.
Written 2002 with update in 2005… 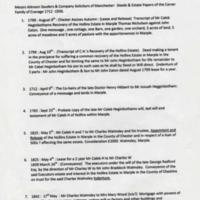 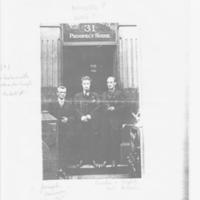 Photocopy of black and white photographs outside 3l Prospect House with 3 gentleman with handwritten research jottings.
Heading states " a lady from Manchester sent this taken in Marple early 20's" 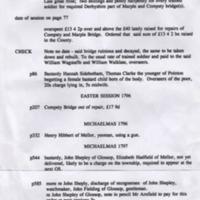 Extract from 1285 Eyre Roll of the Forest of the Peak 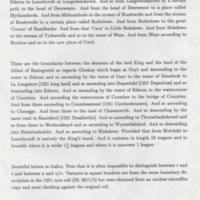 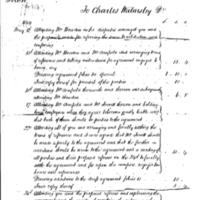 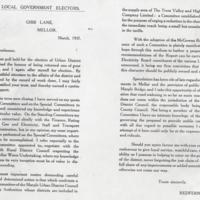 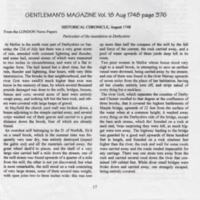 Reproduction of an article from Gentleman's Magazine Vol 18 from 18th August 1748 page 376.
Historical Chronicle " entitled "Particulars of the inundation in Derbyshire" reporting on the flood in Mellor on 23rd July and the damage it caused 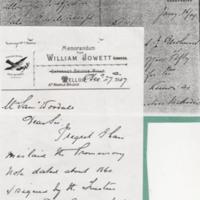 Photocopy of memorandum from William Jowett ( Ltd. Cataract Bridge Mill, crossed out ) Mellor dated 1907, with a photocopy of a handwritten letter from The Manor House in Mellor on card (ex exhibition?) 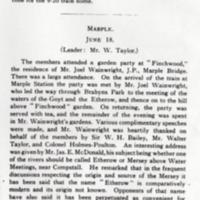 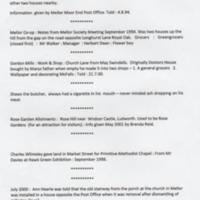 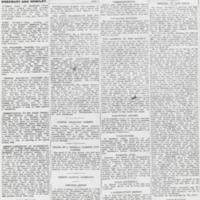 Photocopy of newspaper article & typed transcript from The Advertiser dated 6th December 1907 P6 c4 under the heading The National Society for the Prevention of Cruelty to Children : Meeting at New Mills, giving full report of attendees and debate. 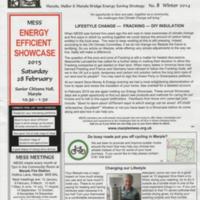 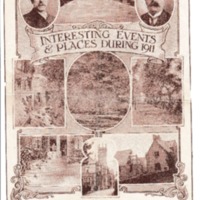 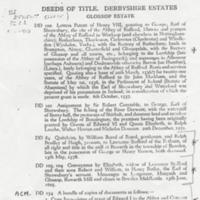 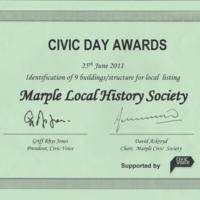 Civic Day Award dated 25th June 2011 given to MLHS for Identification of 9 buildings/structure for local listing, given by Marple Civic Society and Civic Voice.

Pencil Drawing of Scenes Around Marple by local Artists : 1980's 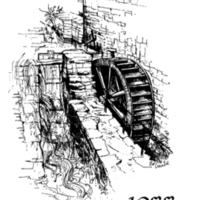 Nine pencil drawings of scenes in and around Marple by local artists.
Seven used in the Hazel Grove Liberal Association 1988 Calender.
Two on buff paper of Forge Mill by MS 1988 and Marple Aqueduct by Paul Evison 1988 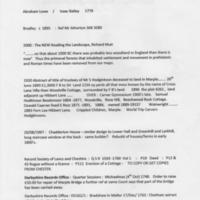