The Lime Kilns in Marple.

Folder containing items relating to the Lime Kilns on the Peak Forest Canal at Marple. 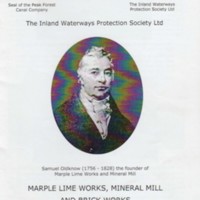 Proposal to Erect Bungalow in front of Lime Kilns : 1972 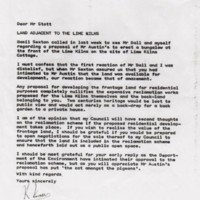 Newspaper cutting from 1888 relating to the Lime Kilns 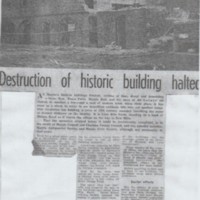 Photocopies of Newspaper cuttings in relation to the Lime Kilns:
a. May 1964 : Destruction of history building halted
b. February 1968 : Kiln Plan Abandoned
c. May 1968 : Part of historic lime kilns is to be demolished.
d. Feb 1968 : Dangerous…

Reports/correspondence on the condition of Lime Kilns : 1966 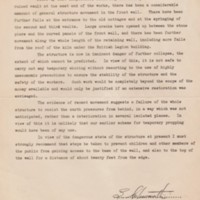 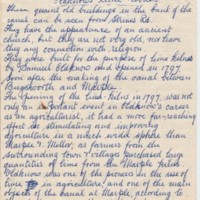 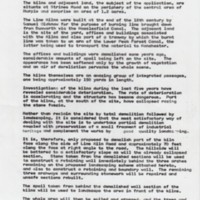 Photocopy of typed document : Application for Grant under provisions of Section 6 of Local Government Act 1966 giving history, description of Lime Kilns and work that would be carried out. 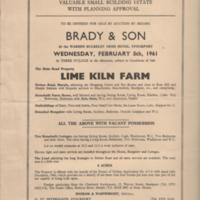 Marple Kilns in the Limelight : Article 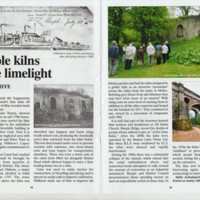 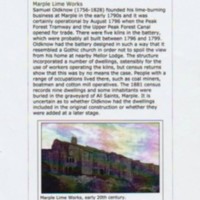 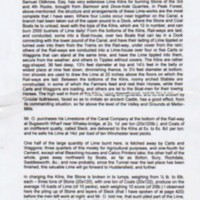 Six double sided typed pages extracted from John Farey's "General view of Agriculture in Derbyshire" 1813 with description of the Lime Kilns, transport system and schedules of sales particulars of works in the vicinity of the Lime Kilns in Marple 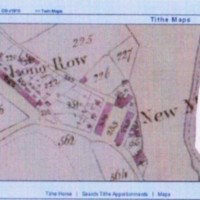 Photocopies of maps showing location of Lime Kilns and surrounding area from various dates, 1850 to 2006 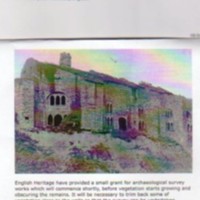 Five downloaded pages from Marple Website under the heading "Whats Happening to Oldknow's Lime Kilns?" produced by Marple Civic Society to highlighting the impending archaeological survey and future activities at the Lime Kilns as part of the… 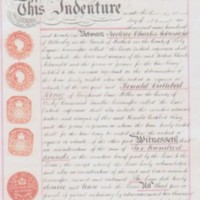 Photocopy of indenture dated 1921 between Frederick C Arkwright to Bernard C King for lease of The Old Mill House (Bleak House) with plan referring to the site of the Old Mineral Mill. 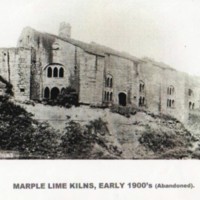 Numerous photocopies of Black & White and colour photographs of the Lime Kilns, tramway and surrounding area taken at various dates showing decline.
Dates vary from 1900's when the Lime Kilns were abandoned. Material on Lime Kiln Cottage from Jackie Pickford whose family home it was from 1974 to early 1980's with miscellaneous documents :
a. Typed A4 page by Jackie Pickford with memories of the Cottage and her parents "doing it up"
b. Estate Agents…
View all 15 items