Road, Bridges and Highways of Marple and District.

Series of Folders containing items relating to Road, Bridges and Highways of Marple and District. 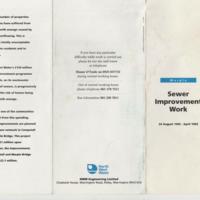 Leaflet from North West Water giving information on proposed sewer works to be carried out between 24th August 1992 and April 1993 replacing about two thirds of a mile of sewers in Marple with accompanying map highlighting areas to be effected. 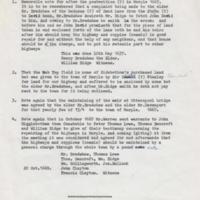 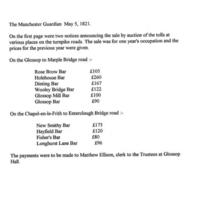 Newspaper articles relating to Turnpike Roads : 1. Typed account from Manchester Guardian May 4th 1821 giving information on pages which were announcing sale by auction of the tolls at various local places. 2. Photocopy from Ashton & High Peak… 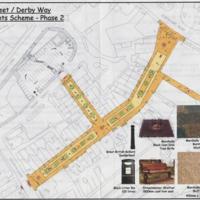 Leaflet from Stockport Metropolitan Borough Council giving progress report on the Improvement Scheme for Market Street and Derby Way January 2004.
Map showing Phase 2 with street furniture and paving to be used and update of work completed. 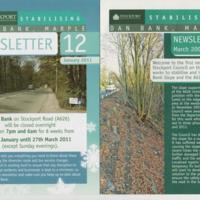 12 Newsletter informing / updating residents of the stablising and improvement project carried out at Dan Bank from 2008 to 2011.
Newspaper article from unknown newspaper 1991 "Dan Bank is Sliding Away" 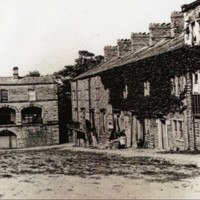 Material on Stone Row :
1. Photocopy of article from Stockport Advertiser 1935 "Stone Row, Marple : A Relic of Oldknow's Enterprise. On the same page cutting from History of Marple showing Stone Row which was demolished in 1936.
2. Photocopy of… 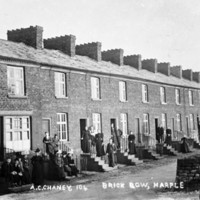 Photocopy of photograph of Brick Row, which along with Stone Row and Red Row were houses built by Samuel Oldknow for his workers.
The image replaced a scan from a glass slide provided by Alan McDowell in February 1913. 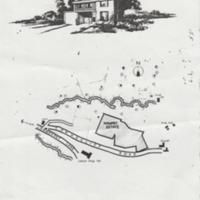 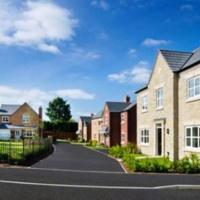 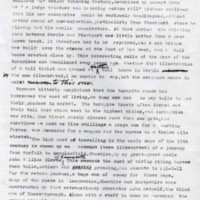 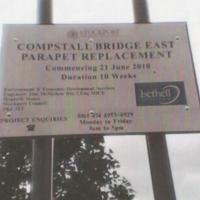 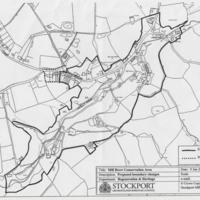 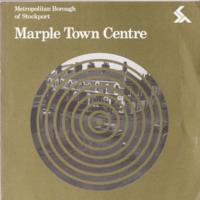 Booklet published by Metropolitan Borough of Stockport showing proposed redevelopment of Marple Town Centre with map and key outlining proposals with ll chapters covering their aims and plans with enclosed questionnaire to complete. 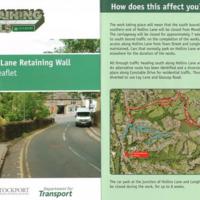 Leaflet from Stockport MBC and Department for Transport giving information on the Hollins Lane Retaining wall and the work that is to be carried out in January 2012 showing ariel photo and map and how the traffic will be diverted. 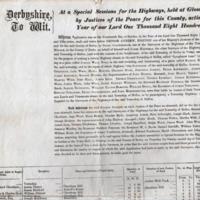 Original Document : At a special session for the Highways, held at Glossop in the Glossop Division of the Hundreds of High Peak, in the County of Derby by Justices of the Peace for this County on the 19th November 1857 to make a road (now Longhurst… 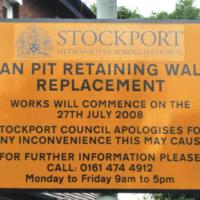 Photograph showing the signage with information on the Tan Pit Retaining Wall Replacement work to be carried out on the 27th July 2007. 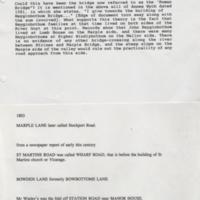 Two typed pages giving miscellaneous information :
1. Heyginbothom Bridge querying if this could be the "Roman Bridge" as mentioned in a will in 1581.
2. Information collected on local roads and their name changes. 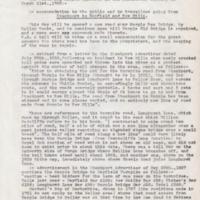 Seven typed pages of research notes with reference to Longhurst Lane, Mellor originally a toll road taken from various sources including Manchester Mercury 1795 with information on the opening of the road over Marple New Bridge by Mellor Weaks.
Also… 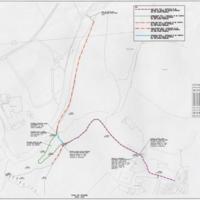 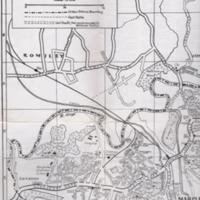 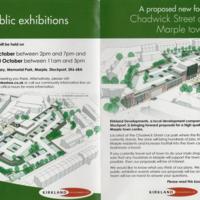 Leaflet produced by Kirkland Developments Limited giving information on public exhibition for the proposed new food store to be located at Chadwick Street Car Park in Marple Town Centre. Details of layout, drawings and key details and benefits for… 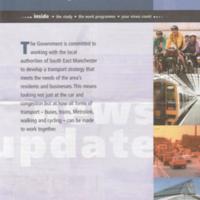 Leaflet from South East Manchester Multi Modal Study News update from Spring 2000, setting out the Governments transport strategy for the area including all forms of transport with map showing proposed bypasses. 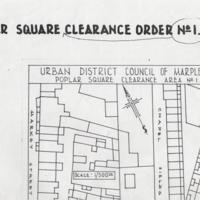 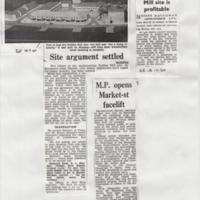 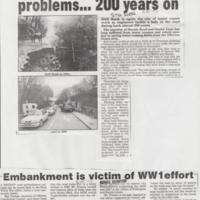