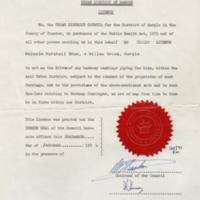 Correspondence, application forms and original copies of Driving Licence for Hackney Carriages awarded to Malcolm Shaw by UDC of Marple ; 1971 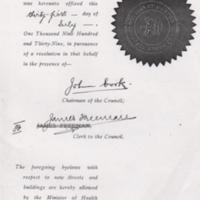 Photocopies of two seals/ emblem relating to Marple Urban District Council :
1. Photocopy of Official wax seal used on formal documents.
2. Photocopy of drawing of emblem showing crest with M.U.D.C. on the outside edge with floral design with… 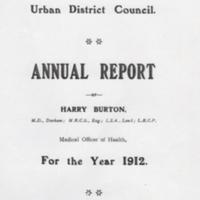 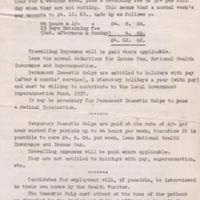 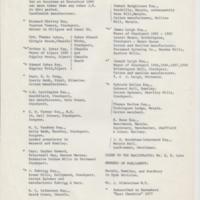 Typed document listing names and profession of Magistrates 1880 - 1888 with further information of Members of Parliament and the Clerk to the Magistrate and previous positions held. 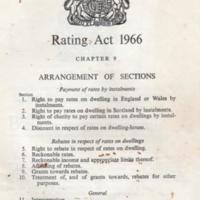 Original copy of leaflet from Her Majesty's Stationery Office of the Rating Act 1966, Chapter 9. 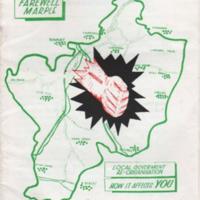 Several newspaper reports covering the reorganisation of M.U.D.C and photograph and report on the final U.D.C. meeting.
Leaflet setting out what the Re-organisation means and how it will effect people.
Leaflet giving information on what the U.D.C… 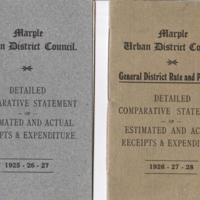 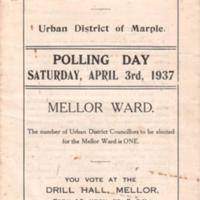 Leaflet for U.D.C. Election by Candidate Redfern Morton : 1937
Portions of A3 Election Notices for 1887 giving results of Election and the name of the Councillor elected, 1920 showing list of Candidates.

Report : Reclassification of Road Used as a Public Path No 158 Marple 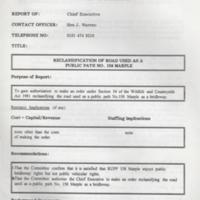 Original copy of Report of the Chief Executive from Committees : Marple Area Committee & Technical Services Sub Committee to gain authorisation to make a order to reclassify the road used as a public path as a bridleway containing maps of local area… 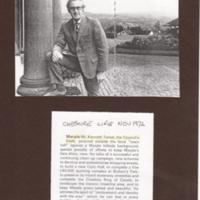 Miscellany of information about Council and Council activities from local newspapers, magazine and typed information mainly on card. 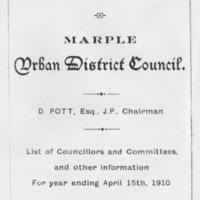 Photocopy of booklet from Marple U.D.C list of Councillors and Committees with other information for the year ending 15th April 1910 from the Clerks Office, Marple.
Photograph of Councillor Daniel Pott, J.P. Chairman 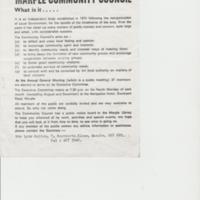 Material on Marple Community Council :
1. Flyer "What is it" with explanation on what the Council was set up to achieve its role and notice of general meetings and contact details.
2. 2 pages of newspaper articles from 1973 relating to the… 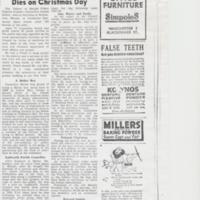 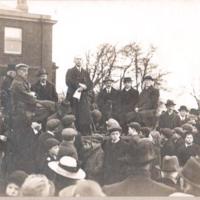 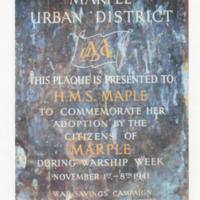 'Chairman of the Council' Wooden Plaque in Marple Library 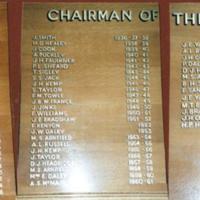 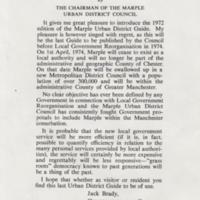 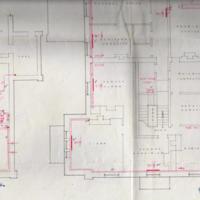 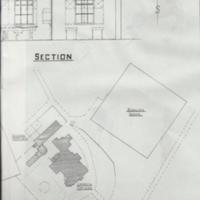 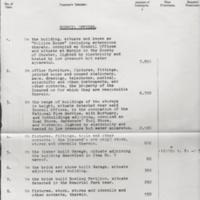 Photocopy of Insurance schedule for insurance policy for Council Offices, the building known as "Hollins House" with description of building and surroundings.
Dated 1947 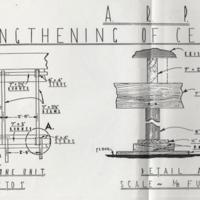 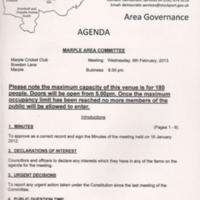 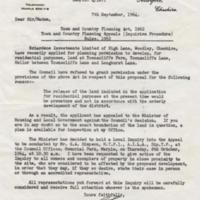 Assorted papers relating to various planning applications / compulsory purchase dating from 1947 - 1972 including planning consent for residential development on Townscliffe Farm and report from 1959 on the proposed clearance area on Elmley Street.
View all 55 items