A Crease in History 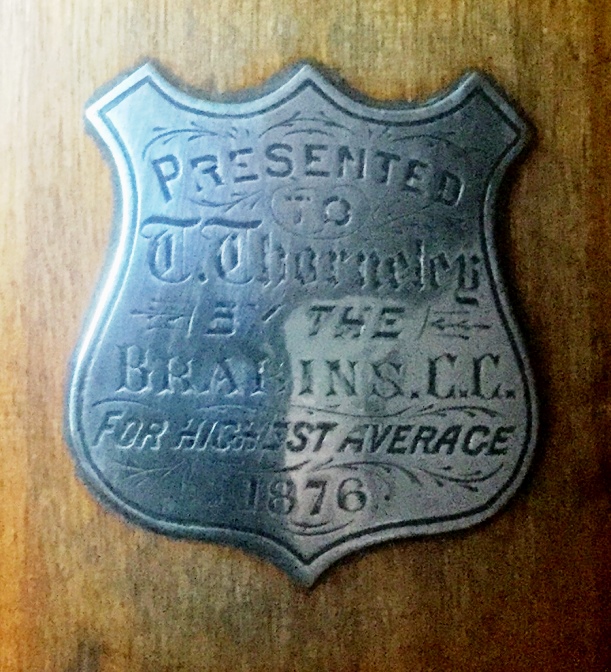 I am intrigued by these two photographs of a cricket bat, which were given to the Society a few days ago by Andrew Mather who owns the bat. Cricket has been a popular sport in the area from the 19th century, with village clubs in Compstall, Hawk Green, High Lane, Marple and Mellor. However, I have never heard or seen any reference to Brabins Cricket Club. Perhaps the club was sponsored by the Hudson family at Brabyns Hall - certainly, permission from the family would have been needed if matches were held in the hall grounds.

Read more: A Crease in History 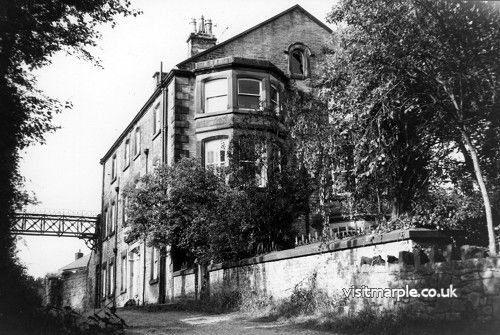 Many of you will recognise this imposing stone house, Beechwood, which is at the top of Lakes Road leading down to the Roman Lakes.  However, why was such a fine house built so near to Oldknow’s workers cottages at Stone Row and who lived in it? Documents in the Archives and the census returns can answer some of these questions and provide a fascinating insight into the lives of those who lived there over one hundred years ago.

The house was built for Edward Rossard Ross by the Manchester, Sheffield and Lincolnshire Railway (MS&L), on land it owned above the Marple South Tunnel. The house commands an impressive view of the valley below and across to the hills of Mellor and Kinder. Edward was born in Marylebone, London in 1827 and at the age of 19 he joined the Manchester, Sheffield and Lincolnshire Railway. Five years later, he was appointed secretary of the MS&L, and held that position for 42 years. According to George Dow who wrote a detailed history of the Great Central Railway he was “kindly, shrewd and diplomatic. Handsome in appearance and impeccable in his dress, nothing seemed to ruffle him. He assiduously followed the maxim that what is worth doing at all is worth doing well. He also enjoyed immense popularity amongst the officers and staff alike.”

Read more: If Walls Could Talk MLHS take All Saints for a walk 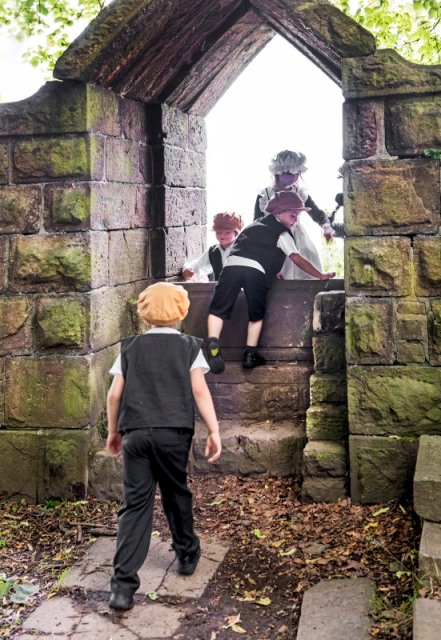 In May this year, I was asked by Philip Alston, the Children and Families Worker at All Saints Church, to help with a project about Samuel Oldknow, involving two classes from All Saints school.

Together with Philip we assisted teacher Heather Manning to plan the project for Years 1 and 2. It involved the children recreating the apprentices’ walk from Brick Bridge up to the church, climbing over stile at the back of the Churchyard. The children dressed up as apprentices and as you can imagine, a good time was had by all! The weather was kind and the walk was filmed for the DVD that is being produced as part of the Revealing Oldknow’s Legacy project.

Read more: MLHS take All Saints for a walk